King Jeongjo (1752-1800) was the 22nd Joseon monarch and was a filial son who loved his father. He had a tough childhood because his father, who was a prince and not the actual king, was killed when Jeongjo was just 10 years old. One of the first things Jeongjo did upon assuming the throne in 1776 was to bring honor to his father by formally naming him as the monarch’s father. His love for his father even went so far that he chose to be buried next to his father.

Jeongjo was also a filial son toward his mother, Queen Hyegyeonggung Hong (1735-1816). In 1795, at the age of 44, he celebrated his mother’s 60th birthday with a grand feast. The feast was held in Suwon, the then-new city that the king himself had constructed and to where he moved his father’s grave. 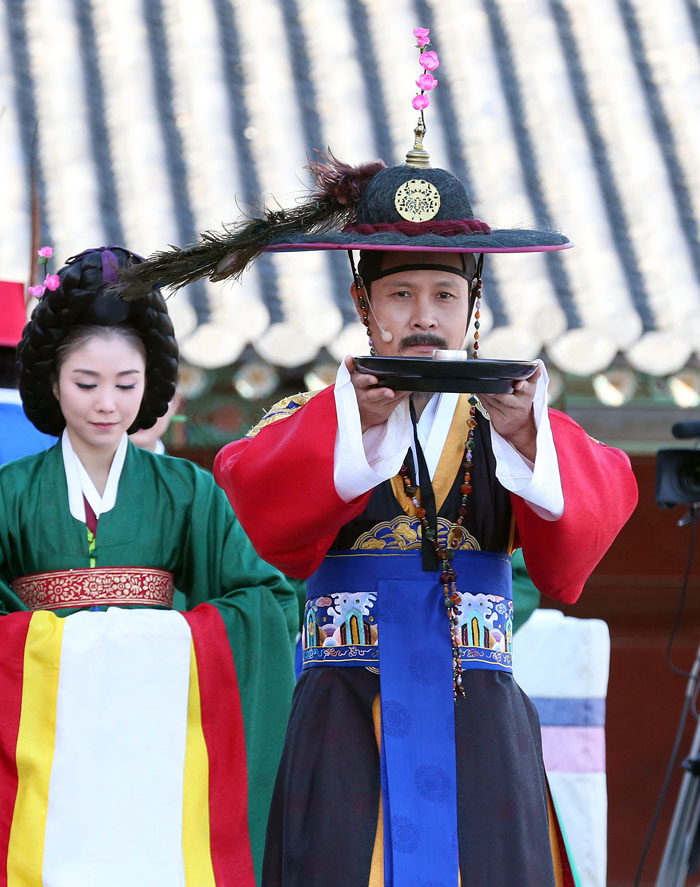 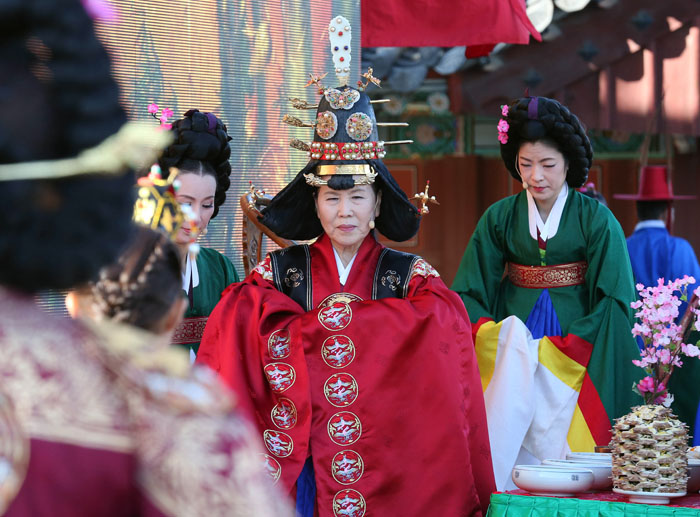 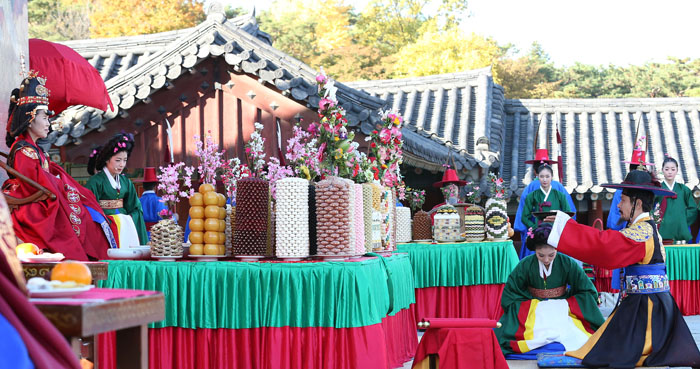 The National Gugak Center reenacts the 60th birthday feast of Hyegyeonggung Hong, at Changgyeonggung Palace on Oct. 30 and 31. To help the audience understand the historical background, short theater vignettes were added to the ceremony. Actor Lee Min-woo (top) as King Jeongjo and actress Park Jeong-ja (middle) as his mother, Hong, reenact the moment the king offered a celebratory drink to his mother (bottom).

The reenactment was created based on historical records about the banquet from about two hundred years ago. They describe royal court dance and music, as well as costume and food. In the introduction, small theater vignettes were performed, reenacting the king celebrating his mother’s birthday. This helped the audience understand the historical background of the ceremony. The audience was able to see first-hand the son’s love for his mother through the grand feast that followed the play. 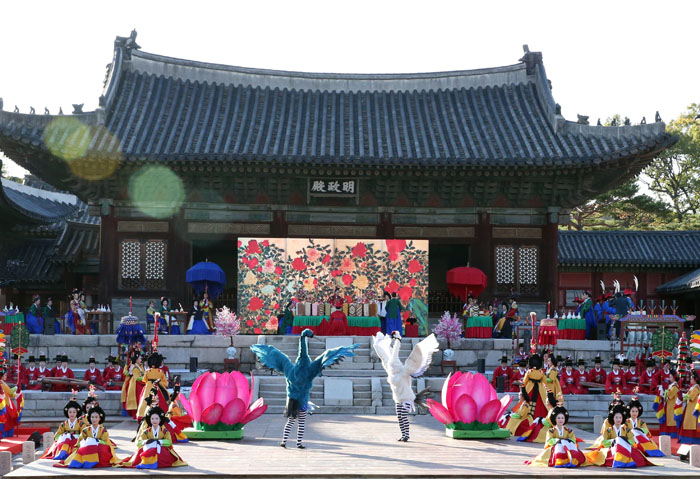 ‘Music of Peace and Dreams of the Dynasty,’ a reenactment of a royal court banquet celebrating King Jeongjo’s mother’s 60th birthday 220 years ago, is performed at Changgyeonggung Palace on Oct. 30 and 31.