An igloo has been built in Seoul Plaza in central Seoul.
This is not an ice house to avoid the cold, however. It’s an igloo designed to show off the future of technology and to show what tech we already have in our day-to-day lives.

Titled as the “Igloo Festival with ICT,” visitors to the exhibition can experience various cutting-edge technologies that use 5G data speeds. 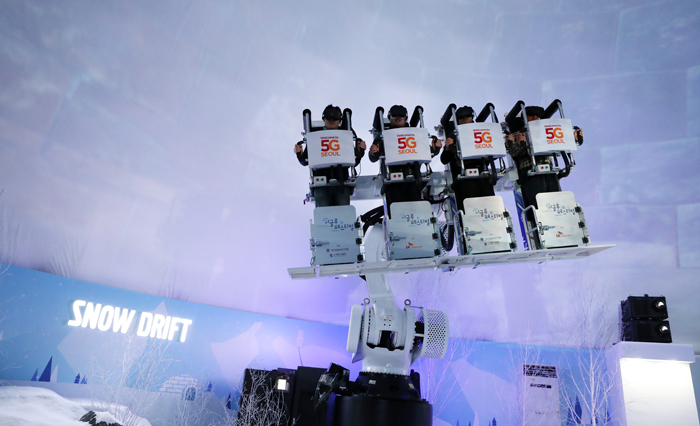 People in a robotic ‘snow drift ride’ enjoy running down a snowy mountain in VR, at the ‘Igloo Festival with ICT’ on Jan. 30.

When entering the high-tech igloo, a robotic snow drift ride is the first thing that captures the eye.

Many children ask their parents to try the ride, but some of them have to give up as the machine requires a minimum height of 150 cm.

These kids forget their disappointment soon, however, when they see the VR snowball fight. They even take photos showing a 360-degree jump using so-called “time slice technology” and show it off to their parents.

The Communication Center manager from SK Telecom, Jeong Uk, said, “We are participating in this festival, hosted by the Korea Business Corporation Skating Union, to provide technical support.”

“By experiencing a VR snowball fight or sledding using 5G technology, two of the all-time favorite winter activities, one can immediately enjoy the benefits of 5G in their day-to-day lives.”

Festival-goers can experience and learn more about 5G and other forms of IT by experiencing six themed activities at the igloo, all for free. The festival will run until Feb. 25. It’s open from 10 a.m. to 9:30 p.m. from Monday to Thursday, and until 11 p.m. on Saturdays and Sundays. Some activities need on-site reservations. 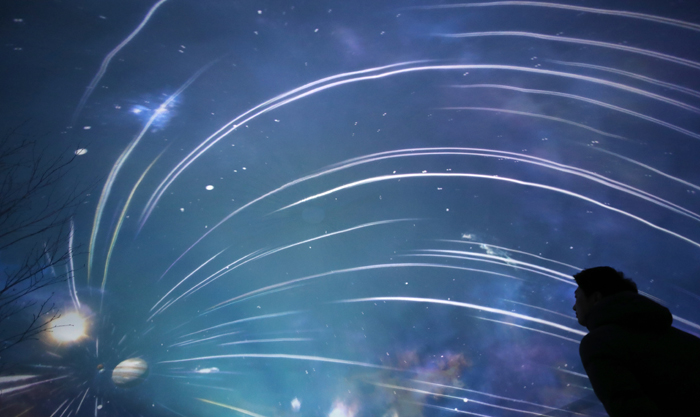 People can enjoy a 360-degree VR video of the North Pole’s aurora in real-time projected onto a large dome-shaped screen with a diameter of 23 m, all in ultra high definition (7680X7680), without using any special VR goggles. 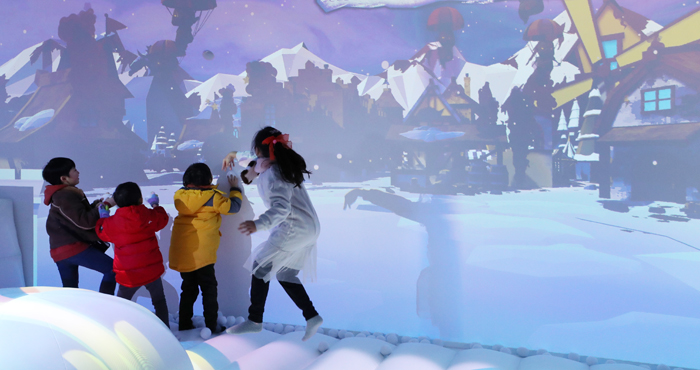 Children at the ‘tech igloo’ at Seoul Plaza on Jan. 30 enjoy a VR snowball fight against some VR monsters.