Around the world, there are many towers that rise from the landscape as a symbol. For instance, if one goes to Paris, they will obviously visit the Eiffel Tower because the tower itself represents the city. Similarly, Big Ben is equal to London. In Hungary, we have a mountain called Kekes and on top of it is a TV tower. So basically we can say it’s almost the same as Seoul’s N Seoul tower. The only difference is their heights: the Kekesteto TV Tower stands atop a 1,014-meter mountain while the N Seoul Tower is atop the 262-meter Namsan Mountain. 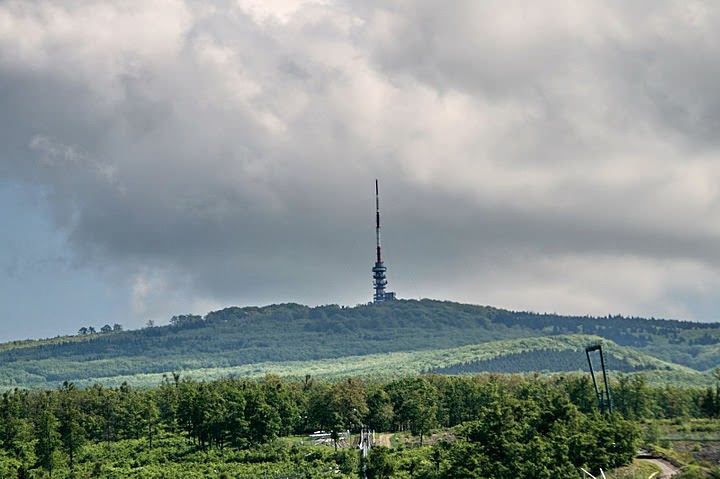 There are fences around the N Seoul Tower, and they’re slumping under the weight of rusty “love padlocks.” There is even a complete “love padlock forest” in the foreground. The N Seoul Tower is the first tourist destination for any visitor to Seoul, but locals also love walking up there or travelling there by comfortable cable car to reach the top of the mountain.

Built in 1969, and at a cost of approximately USD 2.5 million, the tower was opened to the public in 1980. The owner of the tower is CJ Corporation. The mountain is 262 meters tall, the tower is 236 meters tall and these blend into the landscape quite easily. The tower is a landmark of Seoul. In 2005, after a growth in the number of tourists, the tower was renovated and re-named as the N Seoul Tower. The tower houses broadcast facilities for the TV channels SBS, KBS, EBS and MBC. 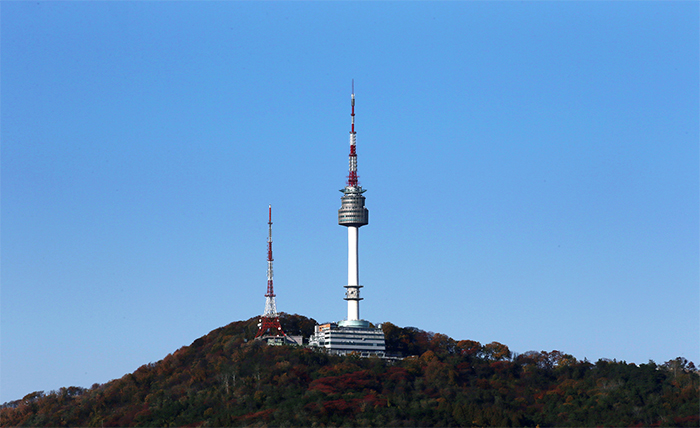 The tower is also lit up at night. They use some of the newest digitalized LED technology, so if someone arrives late, there will still be a perfectl “light art” show, “Shower of Light” or “Reed of Light.” The view of Seoul’s landscape is totally wonderful, even at night. There is an observatory deck which offers a 360 degree panorama of Seoul, similar to the Burj Khalifa in Dubai and the Shard in London.

The N Seoul Tower is always open, you can visit it every season and every day of the year, so it’s a perfect place for a great weekend with the kids. There’s an entrance fee for adults and kids, too, approximately KRW 10,000 for an adult and KRW 8,000 for the kids.

The tower has five floors up top, and there are many different restaurants, gift shops, museums and even a wishing pond at the base. 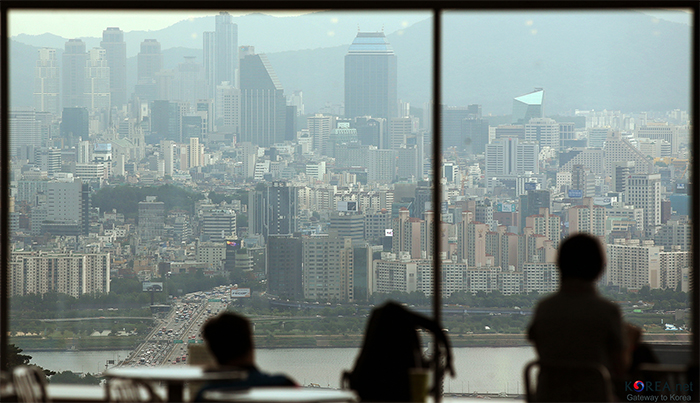 Seoul can be viewed at the top of N Seoul Tower.

What are the attraction at the tower? What are the similarities and differences between other nations’ towers? As my home is on the Great Hungarian Plains, I have a special passion for mountains. The towns of Matrafured of Satoraljaujhely, the Miskolc-Avas TV Tower, the Geller Hill in Budapest and even the Statue of Liberty: all of these remind me of some of my best memories, so it was obvious for me to fall in love with Namsan Mountain and with the N Seoul Tower the first time I ever saw it. It looks so amazing as it rises out of the lowlands of miniature little houses and skyscrapers, giving a very mystical glow to the tower. For me, it’s perfect when I reach the top,with the living and always moving city at my feet. It feels as if nothing is impossible and, of course, gives the powerful feeling that we should never give up. I think walking up to the top of Namsan Mountain can also be a perfect form of meditation if we think of Korean Buddhism.

There are many different towers all around the world, but they all have one point in common: millions of tourists visit them each year and a lot of people have them on their bucket lists. All the cities and countries have their own famous tourists spots that we have to visit once in our lifetime. The N Seoul Tower is one of these spots. Travel-themed webpages often put Seoul on their top ten lists. The N Seoul Tower can be found on every list of things to do if you visit Korea. In front of the tower, there’s a big area where a lot of traditional Korean performances take place during the summertime, all kinds of traditional dances and martial art performances.

Of course, the popularity of Korean pop music and soap operas around East Asia and elsewhere in the world is helping to increase the number of yearly visitors to the N Seoul Tower. The 16th episode of “My Love From the Star” (2014) was filmed at the N Seoul Tower. Also, the famous show “We Got Married” (2008) had an episode about dating in the Namsan area. The pop song “Seoul Song,” by the groups Super Junior and Girls’ Generation, was filmed in Seoul, and in the background you can clearly see the N Seoul Tower. A lot of Korean soap opera fans know that one of the most important scenes from the show “Boys Over Flowers” was filmed at Namsan, too. So we can’t even count how many times the N Seoul Tower appears on screen, showing how proud Koreans are of their capital’s tower. 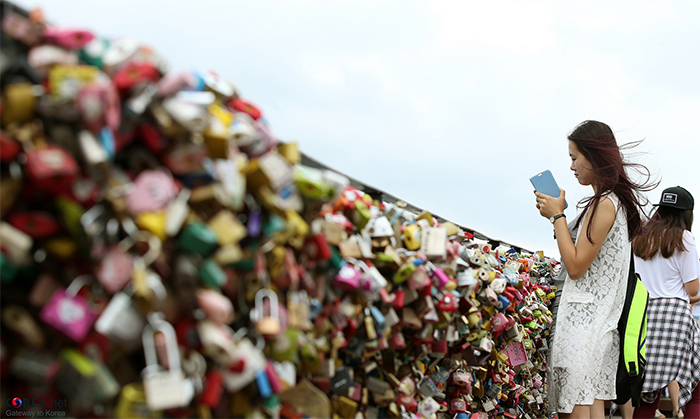 Finally, if someone hasn’t added the N Seoul Tower to their bucket list, they should do so now. I’ve seen so many videos where tourists talk about how much they liked going there, so I’d love to be part of that experience.

Seoul is a vibrant and colorful city that never sleeps. The cars never stop, the people are always in a hurry to get somewhere, the exciting windows of the shops are totally amazing, and the city introduces a broader variety of lifestyles than we Europeans could ever have experienced before. I think that after we visit all the malls and plazas, the big shopping areas, it can be good to stop a little and to walk around the green areas. For example, we can visit the N Seoul Tower to finish our busy day in a calm park, resting our eyes on the beautiful landscape, and maybe drinking some traditional Korean tea, taking some photos as memories, putting a “love padlock” on the railing, and wearing the key around our necks as a pendant.

I truly believe that if you have the chance to visit there just once, you’ll go back again some day because Seoul is always changing and this is so fascinating. Hungary is really far away from Seoul. It takes 13 hours and is more than 8,000 kilometres by plane to get there. However, it doesn’tmatter to me when I want to dream about it. Fortunately, on YouTube we can find a lot of videos about Seoul. When I watch them, my body is here, but my soul is there. Of course, the greatest happiness or experience will happen when I will be there for real.