Wine can be said to be the fruit of Western civilization. Its origins can be traced back to times when people processed wild grapes and made wine with the processed fruits. Over a span of many years, wine has taken shape mainly across the Mediterranean regions and has since become an integral part of culinary tastes around the world.

In Korea, too, the wine industry has evolved over the past few years. A wide selection of wine of high quality, produced mainly by large companies, is on sale in the market. There are wine bars that have sprung up across the larger cities, too. Now, the wine industry has gone beyond being just mass-produced by large companies. There are some masters who have produced for many years wine whose quality is excellent enough to compete with wines produced anywhere else in the world.

Seo Woo-seok has been turning sanmeoru wild grapes into high-quality wine for more than 30 years, in Paju, Gyeonggi-do Province. Seo founded the Sanmeoru Farmland along the slopes of Gamaksan Mountain, a region known for its ideal conditions for growing wild grapes, as it has sufficient sunshine and rich, well-drained soil. In the farmhouse, Seo manufactures wine with the harvested fruit and labeled the product after his own surname Seo, Meoru de Seo.

Meoru de Seo wine comes in two flavors: dry and sweet. It ranges in age from three and five years to as old as ten years. They have been beloved by wine aficionados both here at home and abroad. Seo’s products have even reached wine-lovers beyond Korea in other parts of the world, including Japan, Singapore, Hong Kong and the United States. 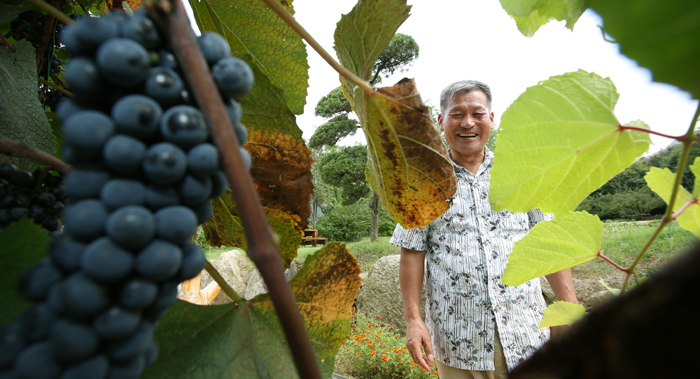 Seo Woo-seok is the founder of Sanmeoru Farmland in Paju, Gyeonggi-do Province.

It was in 1977 when Seo settled in Paju. Back then, he engaged in the livestock industry, raising black goats. Looking for an ideal place to raise the animals, Seo headed out to the city and started his business on the slopes of Gamaksan Mountain.

One day, he encountered wild grapes growing in clusters and tasted the fruit. “They were really sweet. Instantly, I was convinced that if they were taken better care of, I would be able to harvest many more grapes,” he said. 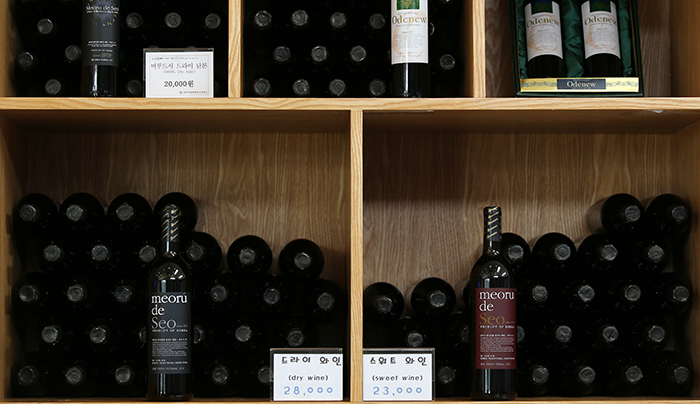 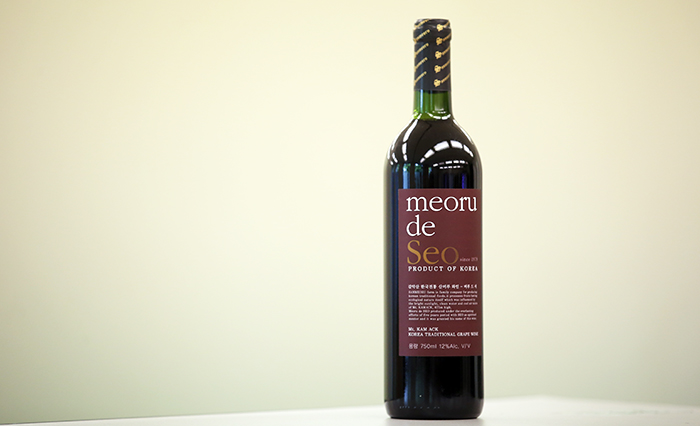 Pictured is a bottle of sweet Meoru de Seo wine.

To do this, however, he had to go through numerous trials and errors, Seo finally figured out a method to grow wild grapes and established sanmeoru cultivation areas, the first ever of its kind in the nation. He has since expanded his business beyond just grape cultivation to commercializing the fruit.

He then started to ferment wild grapes to make wine. The wild grape wine tastes both sweet and sour. 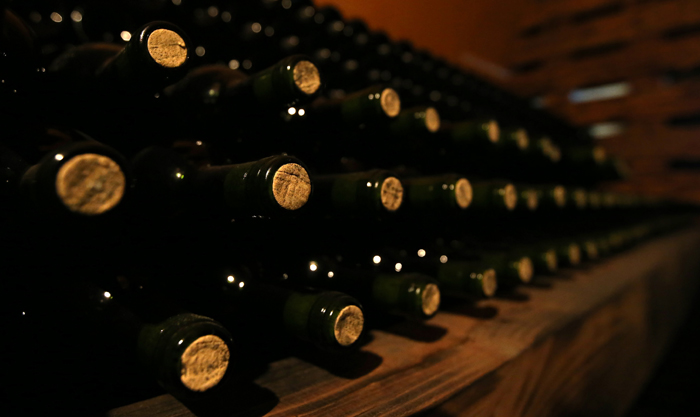 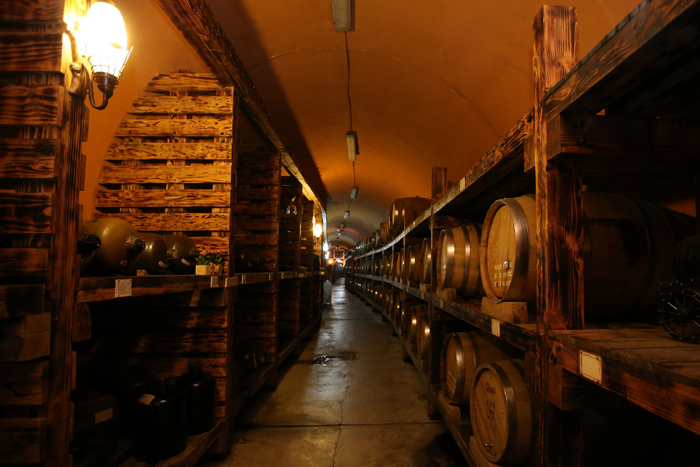 Sanmeoru Farmland in Paju, Gyeonggi-do Province, is equipped with a winery where fresh-picked wild grapes are fermented in specially designed vats. 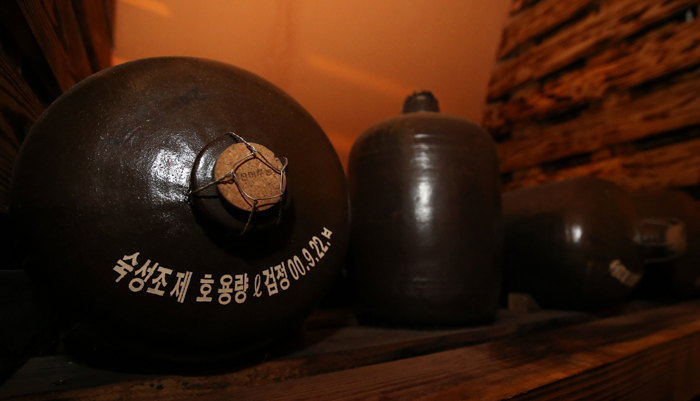 Seo’s farm also runs a variety of hands-on programs, allowing visitors to pick wild grapes and to make their own wine, jam and chocolates from the fruit. A campground here allows people to have a barbecue and to stay the night surrounded by the scenic view of the mountains. 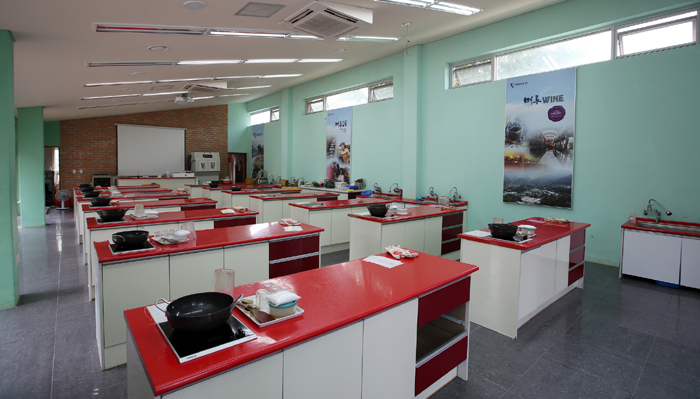 Visitors can make their own wine, chocolates and jams with fresh-picked wild grapes at Sanmeoru Farmland.

Korea.net sat down with Seo to hear more about his story.

– You used to grow mulberry trees, raise black goats and then you started in the wine business. The transition couldn’t have been easy.

Three years into my life in Paju, I was driving a herd of black goats up the mountain to put the goats out to pasture. I took a rest, sitting on a rock, and discovered clusters of wild grapes growing all around me. After that, I ran into the fruit every time I went up the mountain.

I up rooted 12 wild grapevines and planted them in my front yard. Strangely, I could not see any of them bear fruit. After asking around, I discovered that there was one master, the late Kim Hong-jip, in Namyangju, Gyeonggi-do Province, who had developed a new species of wild grapevine designed for cultivation. I hopped on my motorcycle and headed over there to meet him.

When I asked him why my plants wouldn’t produce any fruit, he said that he himself had the same experience some 20 years prior. To deal with the problem, he studied for more than 20 years, developing a new species that could bloom both male and female flowers. When I bought some of his plants, he charged me so much everyone called it a rip off. I don’t think he ripped me off. Think about all the sweat and tears he had to shed for those 20 years. How could I say he ripped me off? He deserved it. Thanks to him, I have been able to grow to this day clusters of grapes that all bear fruit. 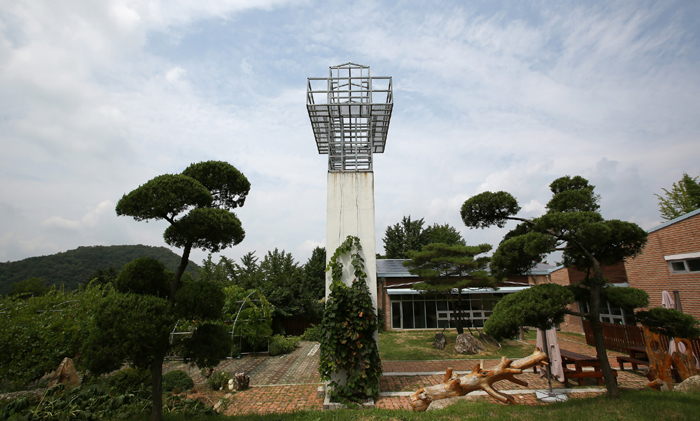 Seo Woo-seok’s original grapevines still grow in front of the tower on his company’s grounds. 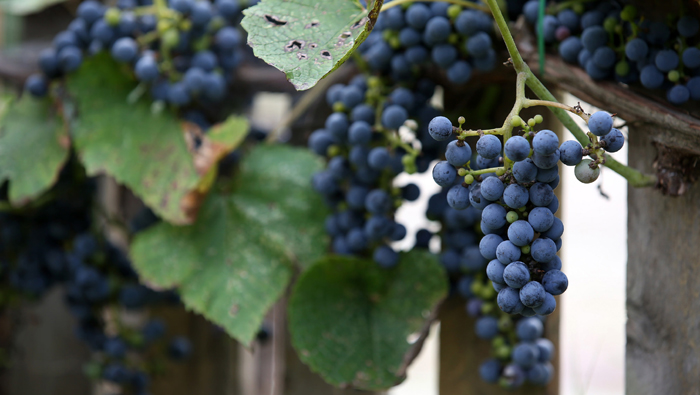 – What made you get into the wine industry, especially into making wine from wild grapes?

As I mastered the cultivation of wild grapes, I started to feel a bit worried that since anyone could come and grow the fruit, the industry might reach a point of overproduction. As a hedge against such overproduction, I came up with the idea of commercializing the wild grapes and to turn them into wine.

The problem was that I had no idea about wine. I looked back on my memories of my grandmother making traditional rice beer, makgeoli. I remembered her placing vats of the fermenting rice beer in the warmest spots of our home, depending on the under-floor heating system. Likewise, I put some traditional Korean yeast, nuruk, into my first wine. It failed, as the wine smelled like makgeoli.

I had to start over again. I read a lot of wine-related books and found that a special yeast was needed to make fruit wine. It came across my mind to use bread yeast. So I put the bread yeast into wine, and this time it smelled like bread. I had to go through numerous failures, again and again. However, just as the saying goes, “Where there’s a will, there’s a way.” One day I met a wine expert and he gave me some wine yeast. Finally, I saw a light at the end of the tunnel. 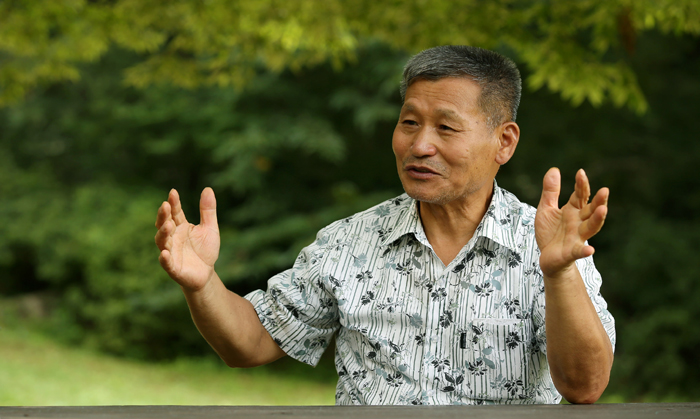 Seo Woo-seok runs the Sanmeoru Farmland winery in Paju. He talks about his experiences over more than 30 years.

– How different is your wild grape wine from other wines, in terms of taste? How do wine lovers in other countries react when they taste your wine?

Meoru de Seo wine has a stronger sour taste than others available on the market. One day, a group of sommeliers from Europe visited my farmhouse. I put out two bottles of wine, one aged 19 years and the other aged only five years. They tasted the two and to my surprise, they identified the exact age of each vintage.

They said the 19-year-old wine tasted similar to well-known wine produced in Bordeaux, France, and that it tasted good enough to compete with French wines. They even priced the wine at a whopping KRW 500,000, about USD 417 per bottle. It was surreal.

– Compared with other wine-producing countries like France or Chile, Korea remains far behind in the wine industry. This must have made it quite difficult for you to have access to information about wine production and other related things. Please share with us how you were able to handle these problems.

I accumulated knowledge about the business, working during the day and studying at night. I read any book that I could get my hands on, as long as it was about wine-making. The easiest way to get a lot of information was through books that I could get at the bookstore. However, I soon found it difficult to apply my knowledge from the books directly to our real manufacturing process. I needed more study.

Just in time, I stumbled across an ad looking for applicants who wanted to fly to Europe to participate in a series of training courses on wine production. The programs were run by an institute from the Rural Development Administration (RDA) and unfortunately, the deadline was up already, that exact day. I immediately rushed to the institute and begged the staff to let me in on the program.

I begged them, saying, “I need this to make wine. I need to study.” It worked. They accepted me and flew me to, first, France and then to Germany where I took part in courses for 15 days. I learned a lot, visiting numerous wineries and talking with wine masters there. Everything was new to me, from methods involving cultivation and processing to ways to put products on the market. I’ve since flown to everywhere in the world known for their high-quality wine, including Italy and Australia. As a result, I’ve since written my own textbook on wine. I realized that Korea is among the few countries in the world that has ideal conditions for producing the best wine, as it has germanous earth and four distinct seasons.

– What are your future plans?

I recently gave lectures to agricultural college students and farmers. The lectures run for a total of seven courses. I will continue this work, unconditionally sharing with the next generation my knowledge and know-how in raising wild grapes and in producing wine with the fruit. That’s my dream.