A Hanok home in Chang-dong in Chungju-si City, Chungcheongbuk-do Province (North Chungcheong Province), is filled with the fragrant scent of alcohol. This is where the brewery that makes the rice-based Cheongmyeongju (청명주, 淸明酒) alcohol carries on the family tradition of four generations. 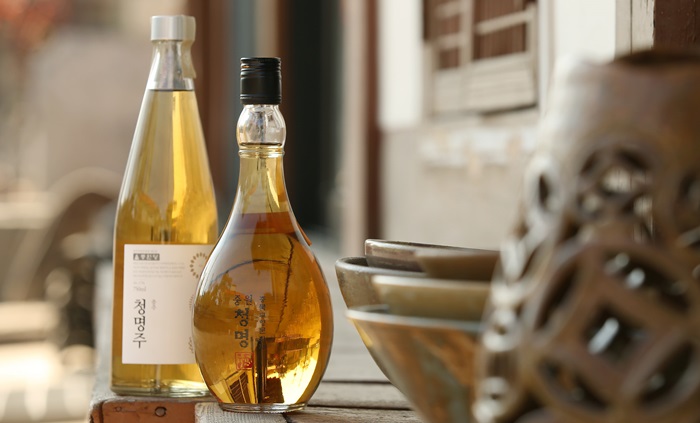 Cheongmyeongju is a traditional alcohol intended to be consumed on the Day of Cheongmyeong, which falls in the third lunar month sometime, generally on April 5 or 6 by the solar calendar. It marks one of the 24 divisions of the lunar calendar. This drink is made with 100% domestic ingredients and never uses any artificial sweetener or preservative. Many refer to it as a “natural Korean alcohol.” The brewing process has been designated as Chungcheongbuk-do Intangible Cultural Property No. 2, and Cheongmyeongju could be translated as “Clear Bright Alcohol.”

It is not clear when the alcohol was first brewed, but it’s believed to at least predate the foundation of Joseon in 1392. It was an expensive alcohol, served at the royal court. Yi Ik (1681-1763), a Neo-Confucian scholar, wrote that, “I like Cheongmyeongju the most,” in one of his books. 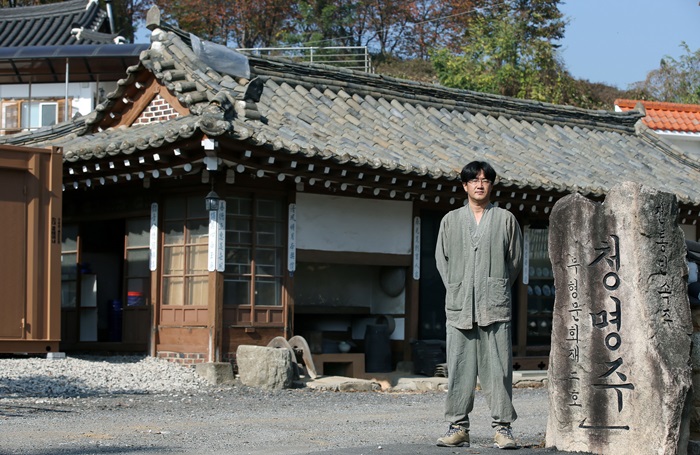 Kim Young Sub, possessor of a provincial intangible cultural property, carries on the family tradition and continues to make the rice-based Cheongmyeongju alcohol at his home and factory in Chungju-si City, Chungcheongbuk-do Province (North Chungcheong Province). 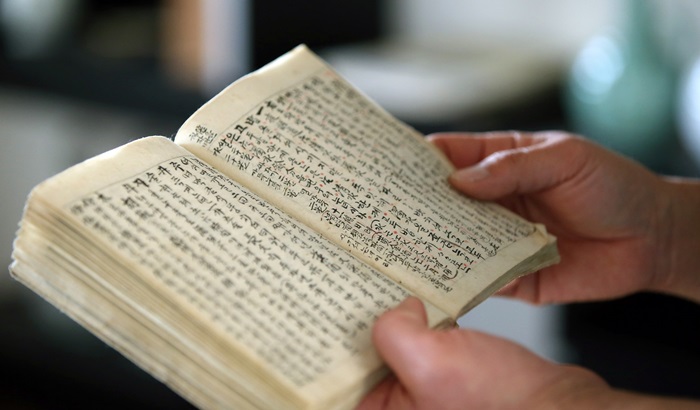 The ‘Hyangjeonrok,’ or, ‘Records From the Hometown,’ includes a recipe for Cheongmyeongju. It has become an important cultural product since its restoration.

During colonial times, people stopped making Cheongmyeongju, but it was restored by a local resident, Kim Young-gi, in 1986. Now, Kim Young Sub, his son, carries on the tradition and is the fourth generation of his family to craft the alcohol. The book “Records From the Hometown,” or “Hyangjeonrok” (향전록 淸明酒), written by Kim Young Sub’s great-grandfather sometime in the late 1800s or early 1900s, includes a recipe for Cheongmyeongju. Since the text’s restoration, it has become an important cultural item and the brewing process it describes has since been designated as Chungcheongbuk-do’s Intangible Cultural Property No.2 thanks to this book. 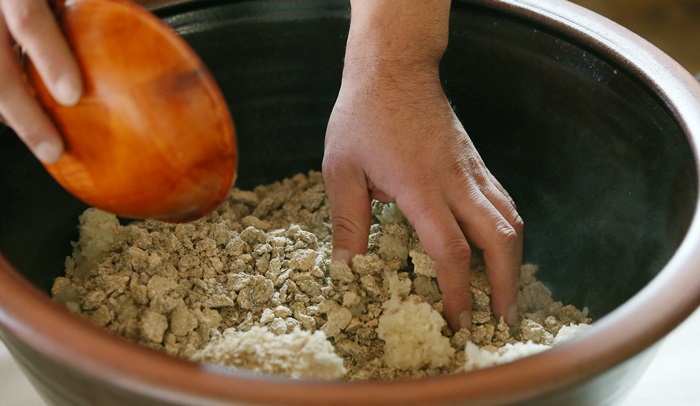 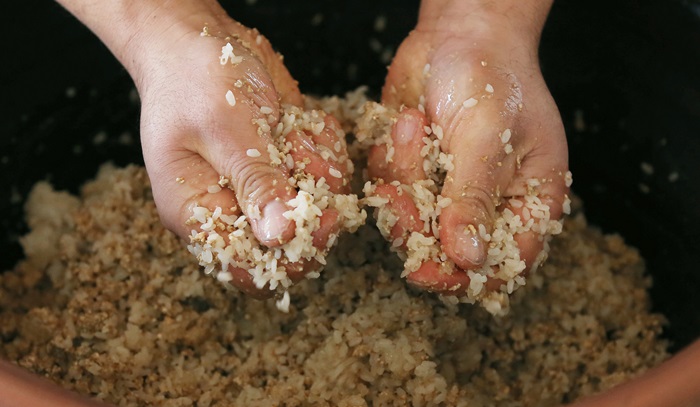 Cheongmyeongju is made with wheat yeast and glutinous rice from the region around Noeun, a local town. The water used in Cheongmyeongju is also special. Kim Young Sub said, “In the past, we used the cleanest water between the Namhangang River and the Dalcheongang River,” and he emphasized the importance of pure, clean water when crafting his alcohol.

Finally, his brewery has been selected as one of the “Must Visit Breweries” by the Ministry of Agriculture, Food and Rural Affairs. People can sample some of his Cheongmyeongju and also try their hand at making some pottery. His brewery welcomes visitors all year round.