A U.S. reality show has been shot at the Hwaseong Fortress, a UNESCO World Heritage site in Suwon, Gyeonggi-do Province.

An episode of the reality show “Better Late Than Never,” in which former celebrities travel around Korea, was filmed there.

“Better Late Than Never” is an NBC remake of “Kkotboda Halbae,” or “Grandpas Over Flowers,” a popular reality show that aired on the cable channel tvN. NBC purchased the rights to the show earlier in the year. NBC is now filming the program in five Asian nations, including Korea and Japan, and its episodes will focus on the stories that develop as the five male celebrities travel together. 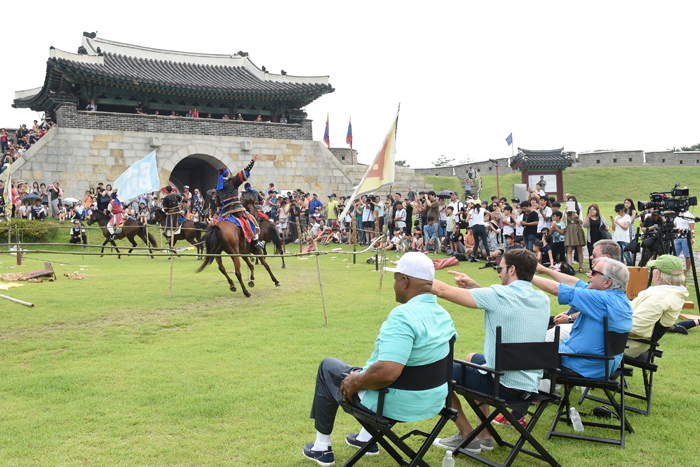 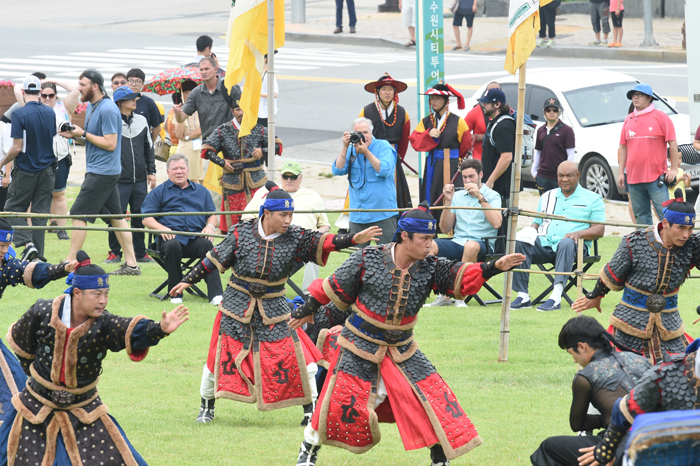 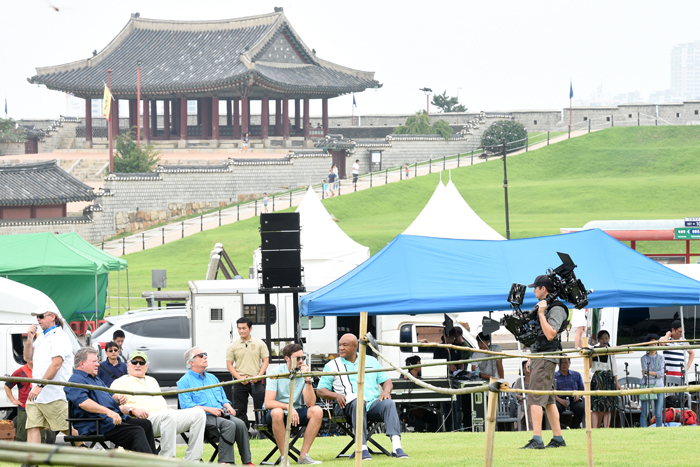 ‘Better Late Than Never,’ the U.S. remake of ‘Grandpas Over Flowers,’ is filmed at the Hwaseong Fortress in Suwon, Gyeonggi-do Province.

In Suwon, the celebrities watched some traditional martial arts, some mock battles on horseback and a farmers’ dance, among other traditional performances held on an outdoor grass field at the Hwaseong Fortress.

Among the celebrities present at the shooting were Henry Winkler, the actor who played Fonzie on “Happy Days” in the 1970s, and William Shatner, who played Captain Kirk on “Star Trek.” There were also former American football player Terry Bradshaw, who now appears on Fox NFL Sunday, and former boxing champion and Olympic gold medalist George Foreman. 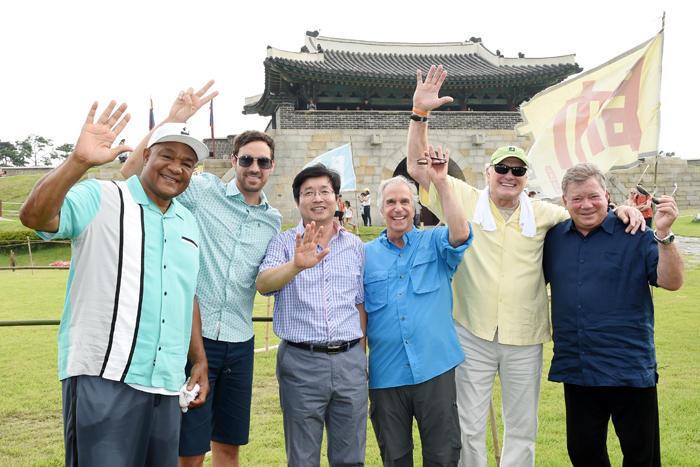 “Better Late Than Never” will be aired on NBC in the U.S. and other English-speaking nations later this year or early next year.