Photographer Lim Hong-bin is the winner of the 16th National Park Photo Contest with his picture of clouds and mist at the Gongryong Ridge of Seoraksan Mountain in Gangwon-do Province.

The Korea National Park Service unveiled the prize winners in its annual photo contest on its website (www.knps.or.kr) on Dec. 10.

A total of 5,394 photographs of 22 national parks and 56 provincial or county parks were submitted in the contest, which ran from July 13 to Aug. 11.

“This is the 16th year for the National Park Photo Contest, one of the representative photo contests concerning the environment in Korea. We will develop this event even further to better promote the beauty of Korea’s national parks,” said the chairman of the Korea National Park Service.

The prize-winning photos at the website can be downloaded for solely personal and non-commercial use. 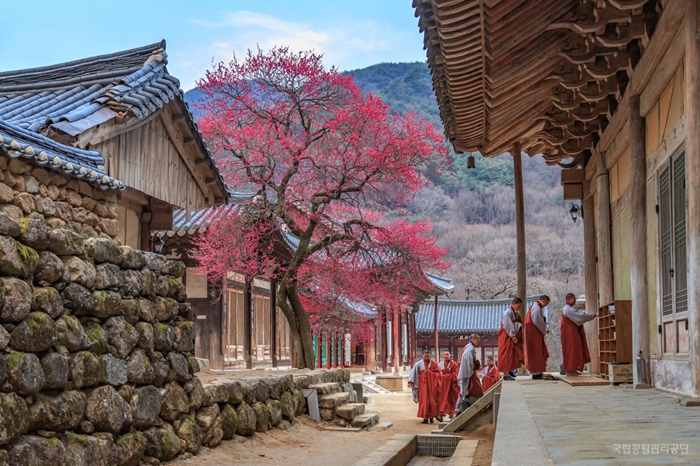 Photographer Woo Jung-soon, one of the winners of the 16th National Park Photo Contest, takes a photo of Buddhist monks entering a shrine for evening services, at Hwaeomsa Temple at Jirisan Mountain, Jeollanam-do Province, in March. 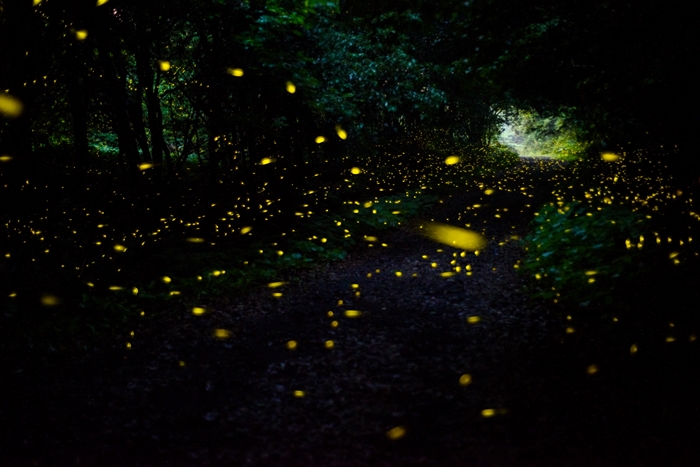 Photographer Heo Eun-seon wins a prize in the 16th National Park Photo Contest for her photo of fireflies at the Gotjawal Forest at Hallasan Mountain on Jeju Island in June.

Photographer Kim Hak-su’s photo, a prize-winner, shows the Yaksaam Hermitage and a pagoda taken at the top of Geumosan Mountain at daybreak.

A second-place winner, Go Seung-chan, takes a photo of the snowscape atop Hallasan Mountain with flat clouds above.