The secret behind the surprising boost is the Gwangmyeong Cave, a forsaken gold mine that used to be full of waste and which has been transformed into a frequently-visited tourist attraction. 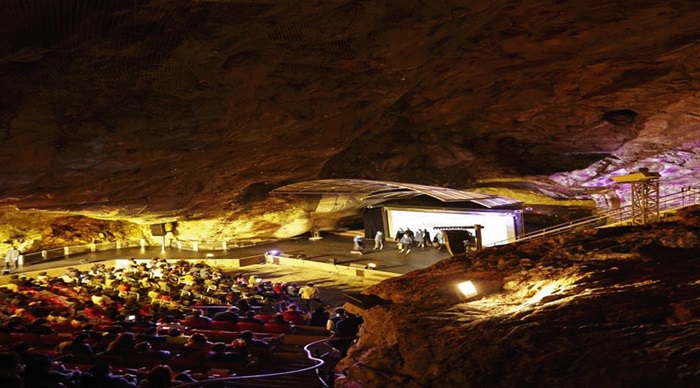 Until 1972, the Gwangmyeong Cave was a mine that produced gold, silver, copper and zinc.
In 2011, it was renovated into an arts and entertainment center that consists of a theater, an aquarium, a green house and a wine bar.

In 1912 while under colonial rule, the colonial government conscripted miners to work in the mine and to collect gold and silver. The digging stopped in 1945 upon Korean independence. Afterward, the old mine served as a shelter for refugees during the Korean War, which continued until 1953.

Mining resumed in 1955 and the 7.8-km Gwangmyeong Cave became the biggest mine in the capital area. In its golden age, some 500 miners worked here. In 1968, 250 tons of ore were collected from the lode.

In 1972, it all came to a stop, as a heavy flood carried mine waste out of the confined area and struck nearby towns. The abandoned mine was then used for storage and for aging salted shrimp after 1978. 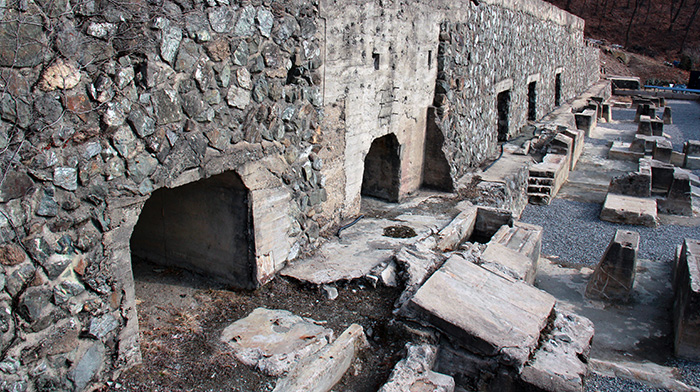 The foundation stones for machines used in the dressing plant, where ore was once mined and sorted, still remain,
even though the mine closed in 1972.

The forlorn mine was almost forgotten until 2011 when the Gwangmyeong-si City government decided to buy the whole cave and turn it into an arts and entertainment complex.

A huge hole inside the cave was transformed into a theater with 350 seats. Tunnels deep underground were turned into gardens and aquariums. The space where salted shrimp were aged is now a wine shop.

The water from a natural underground spring that miners used for water has also been wisely recycled. Now, the water is used for the plants, fish tanks and an artificial waterfall. It also provides visitors with some drinking water at the very bottom of the stairs, inside the cave, saving them from having to resurface.

The once-derelict mine is now a venue for a host of cultural events. People can enjoy media art exhibitions at the Lascaux Caves exhibition hall and concerts in the theater. The cave is also home to the Fantasy Movie Festival, which the cave operators co-host with Weta Workshop, producer of the “Lord of the Rings” and “Hobbit” films. Also, visitors can attend wine classes provided by the Gwangmyeong Cave sommelier.

Thanks to its interesting history and wide range of events, 1.4 million people came to the cave in 2016. 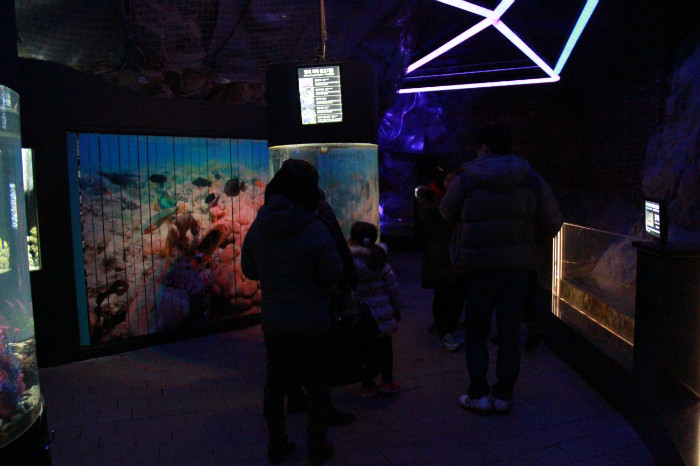 Visitors to the Gwangmyeong Cave enjoy the hallway aquarium, deep underground, on Feb. 24.

Sculptures of Smaug and Gollum, characters from the books and films ‘Lord of the Rings’ and ‘Hobbit,’ and made by production company Weta Workshop, are on display at a gallery in the Gwangmyeong Cave.

“Because the cave is near Gwangmyeong Station, one of the high-speed KTX train stations, travelers from Busan can come here and even shop at Ikea before heading back home,” said a Gwangmyeong-si city official.

“Also, because Gwangmyeong is close to Incheon International Airport, mainland Chinese tourists that arrive on a morning flight sometimes show up at the cave even before it opens,” he said. 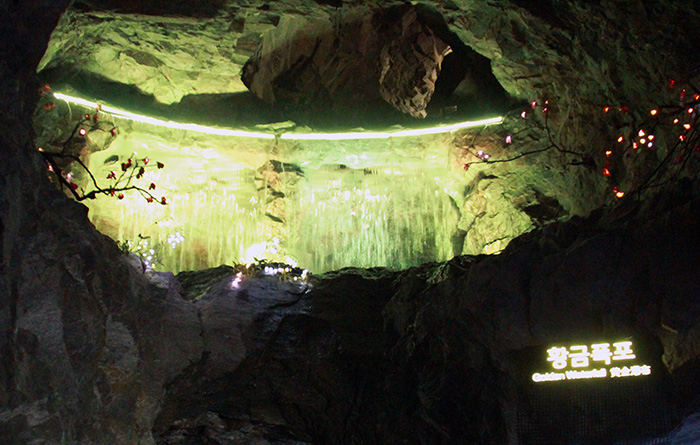 A natural spring inside the Gwangmyeong Cave provides water for its artificial waterfall. 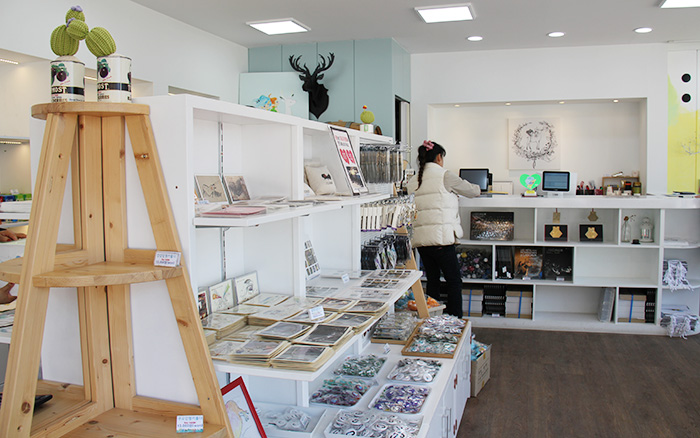 The gift shop at the cave’s entrance has a range of products featuring the cute mascots of the Gwangmyeong Cave. 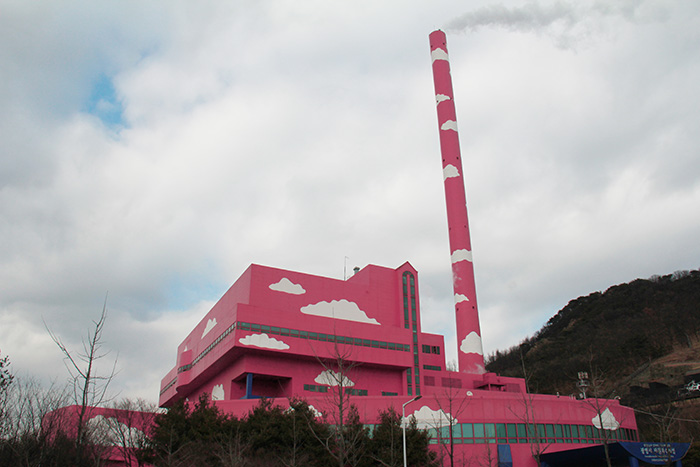 The Gwangmyeong Resource Recovery Facility near the Gwangmyeong Cave, which used to be a common garbage incinerator, has been turned into a waste treatment plant equipped with high-tech systems that reduce pollution and produce energy for heating nearby homes. It also serves as an educational center for local students. 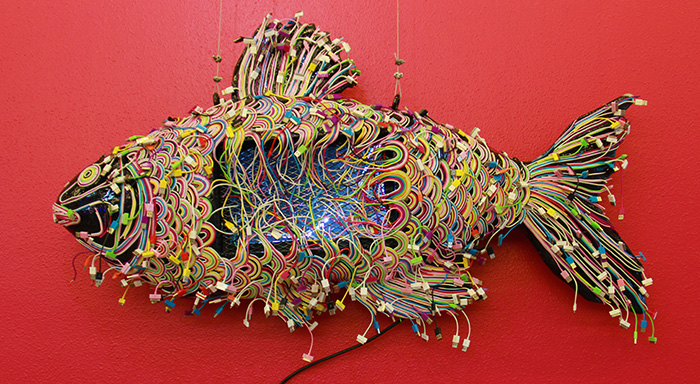 Waste collected from the Gwangmyeong Resource Recovery Facility and the Gwangmyeong Cave was provided to artists that work and reside at the Gwangmyeong Upcycle Art Center (top). They transform the recycled material into works of art. Artist Cheon Geun Seong created a colorful fish using discarded phone chargers (bottom).