In Korean, Songgu Yeongsin (송구영신, 送舊迎新) is an age-old saying which means “time to let go of the old year, and turn over a new leaf.”

It may be hard to believe, but the year of the rooster (정유년, 丁酉年) is now only a few days away, and there’s no better time to plan a trip to the seaside to watch the first sunrise of 2017. With all your worries behind you, a variety of festivities await to welcome the dawn of the upcoming year. 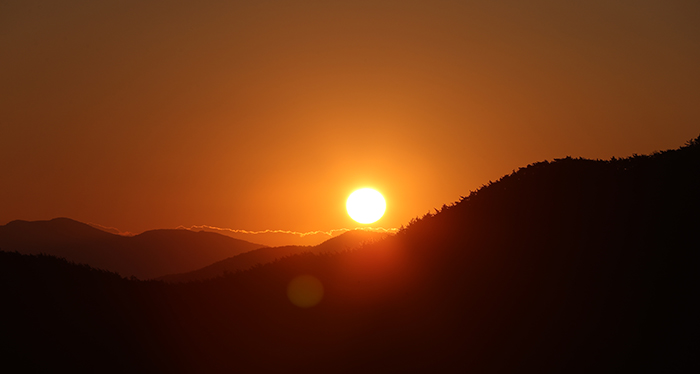 The fiery glow of the rising sun warms the slopes of Tongyeong on Dec. 28, a city in Gyeongsangnam-do Province known for its breathtaking landscapes.

One of the best places in Korea to watch the sunrise is along the coastline of the East Sea.

If you are planning a trip to the East Sea, you might like to pay a visit to some seaside towns on New Year’s Day, where you can fish for snow crabs and octopuses with the locals and kick start the year with a warm bowl of tteokguk rice cake soup. Some of these towns include the Jangsa Maeul Village (장사마을) in Sokcho, Gangwon-do Province; the Gusan Maeul Village (구산마을) in Uljin, Gyeongsangbuk-do Province; and the Dongsam Maeul Village (동삼마을) in Yeongdo Busan, Gyeongsangnam-do Province.

On New Year’s Day, Gusan Maeul Village will be hosting a gosa on its beach, a shamanistic ritual offering food to the spirits to bring good fortune in the upcoming year. 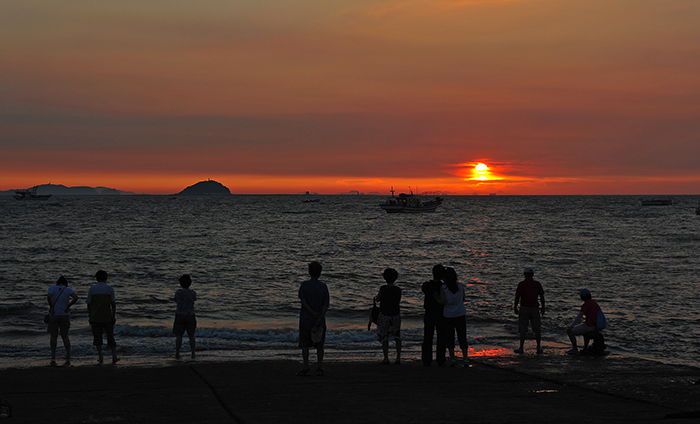 A group of tourists admire the sunset on the beach by the Gungpyeong Maeul Village (궁평마을) in Hwaseong, Gyeongggi-do Province. 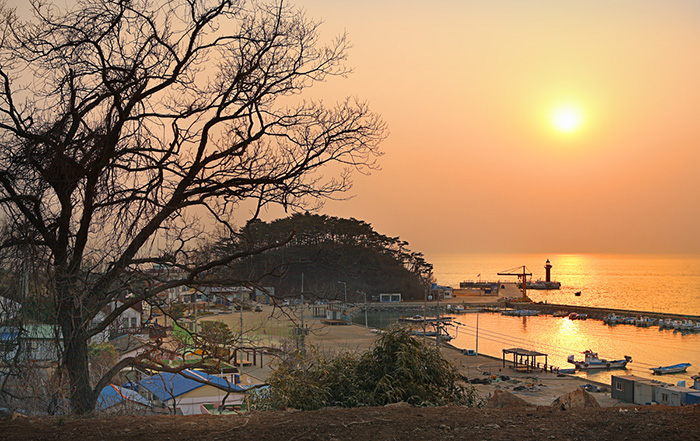 The program at Gungpyeong Maeul includes flying kites and sky lanterns, containing messages of hope for 2017. You will also be able to taste a variety of winter delicacies like oysters, fresh seaweed bindeddeok pancakes and traditional injeolmi rice cakes coated with bean flour. 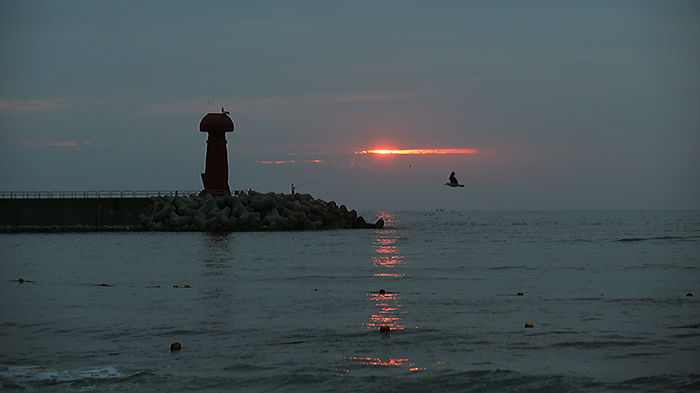 On Aug. 21, the sun peaks through a veil of clouds at Mulchihang harbor in Gangwon-do Province. 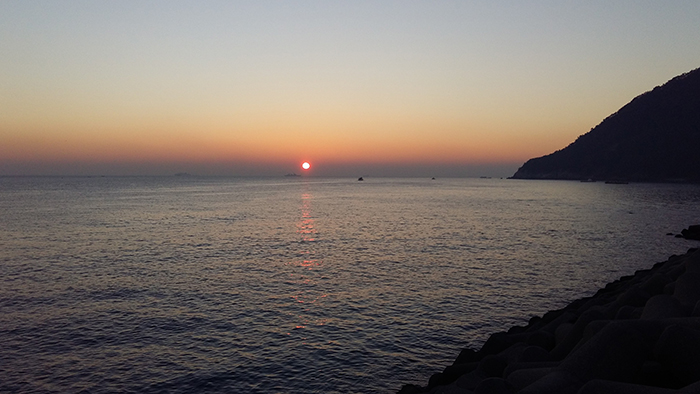 The sun rises on the Dongsam Maeul Village in Yeongdo, Busan in Gyeongsangnam-do Province.

There are a number of new year festivals to enjoy along the southern coast, a region known for its natural scenery. At the Seojung Maeul Village (서중마을) in Gangjin, Jeollanam-do Province, visitors can partake in a variety of traditional pungmulnori games, harvest oysters on the beach and try their hand at making seaweed sheets.

The Annam Maeul Village (안남마을) in Goheung, Jeollanam-do Province has fun activities in store for young children, such as collecting shellfish in the region’s mud flats. Meanwhile, at the Yegok Maeul Village (예곡마을) in Tongyeong, Gyeongsangnam-do Province, visitors can go boat fishing and collect fusiforme seaweed (톳) with the locals, a type of seaweed that is typically dull green when cultivated in the wild. While in Tongyeong, it is a good idea to visit the famous Mangsan Mountain (망산, 望山) by Geoje-do Island and admire the winter wonderland from its peak.