What’s old is new: Tracking the changes in Yeonnam-dong

Not long ago I paid a visit to an old neighborhood. For two years I lived in the hilly backstreets between Sinchon and Hongdae, within walking distance of their raucous nightlife, but far enough away that at night the only sounds making it up to my fourth floor studio were the occasional passing neighbor or territorial stray cat.

More than Hongdae or Sinchon, though, the part of my neighborhood that I liked most was an understated little area just down the hill called Yeonnam. Almost every day I’d wind through back streets to a small café there called Addis Ababa. The café made incredible coffee, and with its floor to ceiling windows and its indoor plants and bookshelves it struck the perfect balance between airy and cozy. I quickly became a regular. Across the street, on the façade of an old building was a simple green and white sign for a restaurant called Tuk Tuk Noodle Thai. Like the sign, the interior had none of the pretension that most Thai restaurants in the city do. The stereo played bouncy Thai pop, and in the kitchen three Thai chefs made the best green curry and laap moo I’d had outside of Thailand. I dropped in for dinner at least once a month. 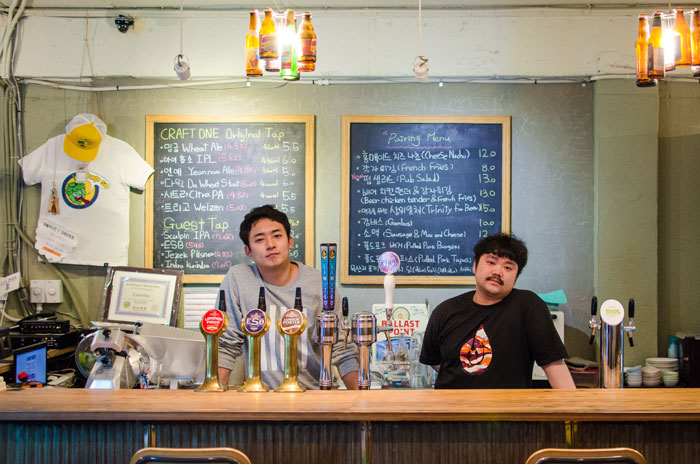 A place to drink in Yeonnam

The building Tuk Tuk was in had once held Dongjin Market, but that had closed up long ago, another casualty of chain superstores. A couple other restaurants and shops operated out of the building, quirky places run by young people who saw their businesses more as a way to do what they wanted than as a way to make serious money. A block away was a string of Chinese restaurants, thanks to the concentration of Korean-Chinese that lived nearby. The neighborhood was lively in a modest way, and I liked its mix of more recent adaptations – meticulously prepared lattes and exotic foreign food – with the ordinary neighbors and attitudes of middle-class Seoul. 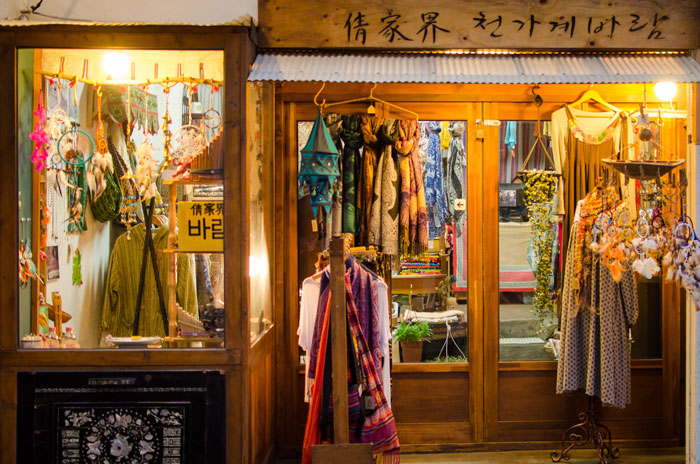 This was 2011, and by now you’ve probably heard of Yeonnam. With the rents of nearby Hongdae climbing ceaselessly higher, many smaller independent businesses have decamped for the surrounding areas. The migration’s made Yeonnam one of the trendiest neighborhoods in Seoul. So when I went back recently it was to a very, though not entirely, different neighborhood. Addis Ababa is still there. So is Tuk Tuk, but now if you want to eat there on a Saturday evening you’ll have to make a reservation a week in advance. The Chinese restaurants are still around too, but they’ve been joined by a global kitchen that now consists of Spanish restaurants, a Vietnamese banh mi joint, and Seoul’s most authentic Mexican food at a tiny, five-table place called B’Mucho.

To go with the food, dozens of independent cafes have opened, thus far unsullied by the presence of any major chains. Café Libre, regarded by many as the best roasters in the country, moved into one of the spaces in the old Dongjin Market building. Just steps away is Craft One, a bar that anchors Yeonnam’s craft beer scene, selling both domestic and international small batch beers.

It’s not simply the food and drink scene that’s changed in Yeonnam, either. The neighborhood is now home to dozens of unique, independent shops. One of the things that I enjoyed most when I recently went back is the way that many of these businesses seemingly spring up out of nowhere, suddenly appearing on an otherwise nondescript back street amidst the area’s typical old red brick apartment buildings and low-rises. You think you’re in a completely run-of-the-mill middle-class neighborhood (which, in many ways, Yeonnam still is) when you abruptly come across a handmade soap boutique or a store that sells only cactuses. 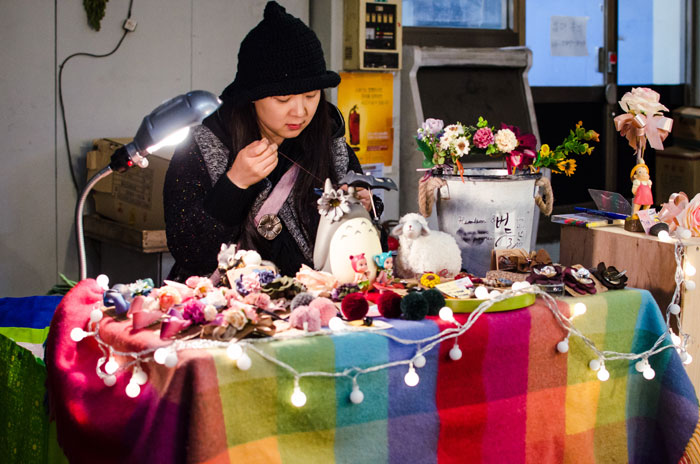 A flea market in Yeonnam

One place where businesses in the new Yeonnam have clustered is the narrow alley running alongside the old Dongjin Market. That’s where B’Mucho and Café Libre are, and it’s where you’ll also find Cheongagye Baram, a one-room bazaar whose owner sells knickknacks he’s picked up on his travels around the world, and also Pinokio Bookshop, dedicated solely to picture books. It’s also where the interesting Place Mak gallery is, where frequently rotating exhibitions feature indie artists. And back in the actual Dongjin Market, the formerly abandoned space is now the home of a weekend pop-up market, where vendors sell jewelry, roasted almonds, and handmade candles.

I’ve lived in Seoul long enough to know that things here change fast, its trendy areas in a constant state of flux. But it’s different to see it happen to a place I have a strong personal connection to. Even though Yeonnam really took off after I left, there were signs, like Addis Ababa and Tuk Tuk, of where it was going when I lived next door, and I feel more invested in what happens to it than I do in, say, Gyeongnidan, another neighborhood that’s undergone a similarly timed transformation. So far, I like what I see. Chain stores haven’t moved in yet, and new business owners seem focused on integrating into the pre-existing neighborhood. It still feels like the place I used to live. Here’s hoping it stays that way.