After experiencing the first K-Travel Bus to Gangwon-do Province on March 25, Wong Boon Chin from Malaysia said, “I will definitely visit Pyeongchang once the Winter Olympic Games begin in 2018.”

The K-Travel Bus is a new bus travel package put together by the Ministry of Culture, Sports and Tourism and by the Visit Korea Committee. They want to provide a convenient method for non-Korean tourists to move from Seoul to other provinces.

A commemorative ceremony to celebrate the bus service’s launch was held in Gwanghwamun on March 25. After that, the six K-Travel Buses each headed to their own destination: Daegu, Gangwon-do Province, Gyeongsangbuk-do Province, Jeollanam-do Province, the southeast of the country around Busan, Ulsan and elsewhere in Gyeongsangnam-do Province, and to Tongyeong.

Out of the six destinations on offer, nine tourists — from Egypt, Afghanistan, the Netherlands, Indonesia, Malaysia and Japan — chose the Gangwon-do Province program due to their interest in the 2018 PyeongChang Olympic Games. 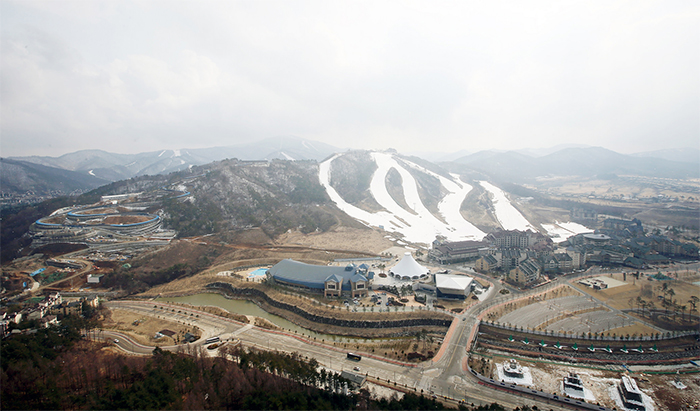 The Alpensia Ski Jump Stadium is in Pyeongchang-gun County.

The tourists visited the Alpensia Resort in Pyeongchang-gun County where the biathlon and some of the ski events at the 2018 Winter Olympic Games will take place. They listened to an explanation about progress at the construction sites for the stadiums and other facilities, and were able to check first-hand construction progress. As the group got on a monorail, the one the ski jumpers at the Winter Games will ride, they couldn’t take their eyes off the scenery as they reached the top and saw the magnificent view of Pyeongchang. After they arrived on the second floor of the Ski Jump Stadium, they walked over the see-through latticed iron bar floor and headed out to Ski Jump Tower K125 and experienced the dizziness of heights. 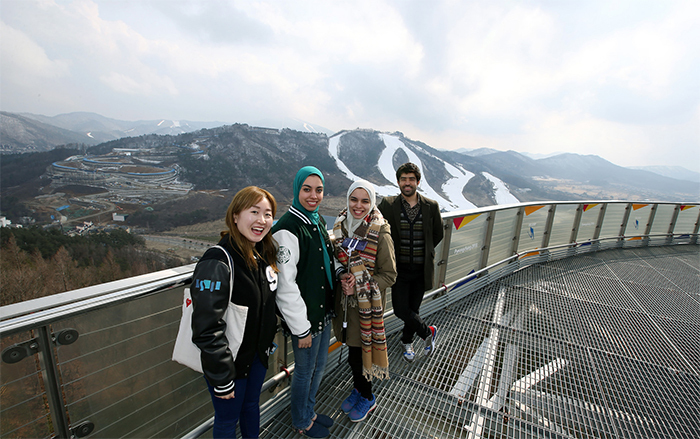 At the Ski Jump Stadium, visitors walk over a see-through floor at the top of the ski run.

The group also visited the 2018 PyeongChang House, created to promote the Olympic spirit and to give a sense that the games are close by. The exhibition provides special features for visitors as they walk through its five sections, and the group was able to see the story of the bidding process, the emblem’s meaning and how much progress has so far been made on the construction of the stadiums. 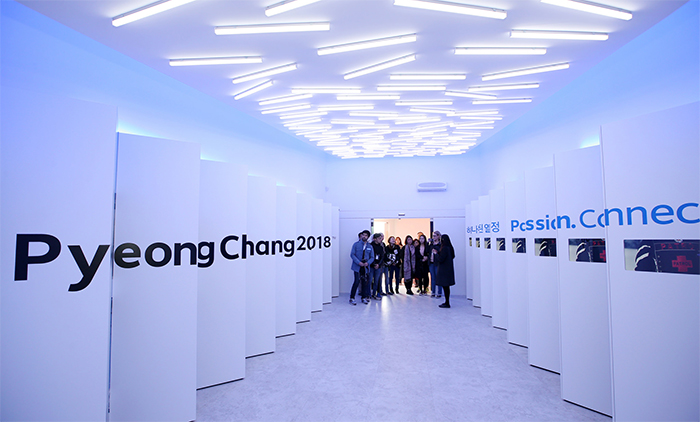 The 2018 PyeongChang House is built from recycled containers, as organizers hope to pursue an environmentally friendly Olympic Games.
The entrance to the first room was created under the motif of ‘tunnel of light.’
It is said to represent the amount of snow that Pyeongchang, Gangnueng and Jeongseon can hold. 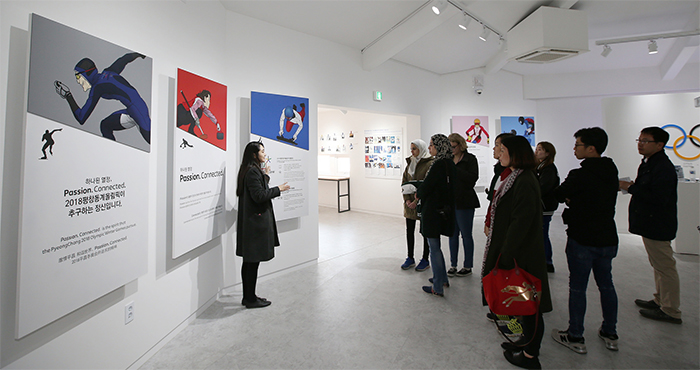 A group of tourists listen to an explanation about construction progress and preparation for the Winter Games at the 2018 PyeongChang House.

The group of K-Travel Bus travelers also visited Woljeongsa Temple, built during Silla times, at Odesan Mountain. There, they learned about Buddhist heritage during Silla and Goryeo times. They also stopped at the Ojukheon House where Scholar Yul-gok and his mother Shin Saimdang were born. 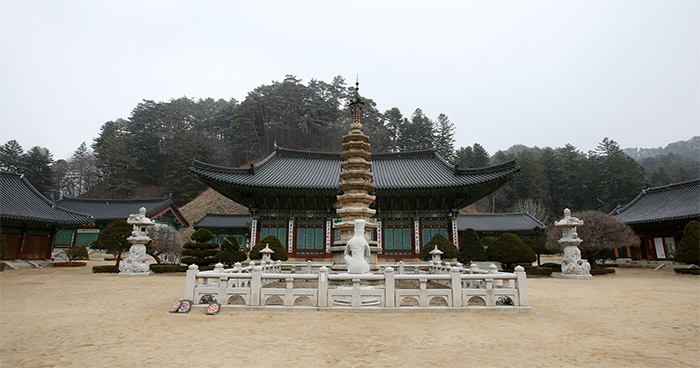 Woljeongsa Temple at Odesan Mountain was built in 643 during Silla times.
The octagonal nine story stone pagoda is one of the most famous cultural assets in the country. 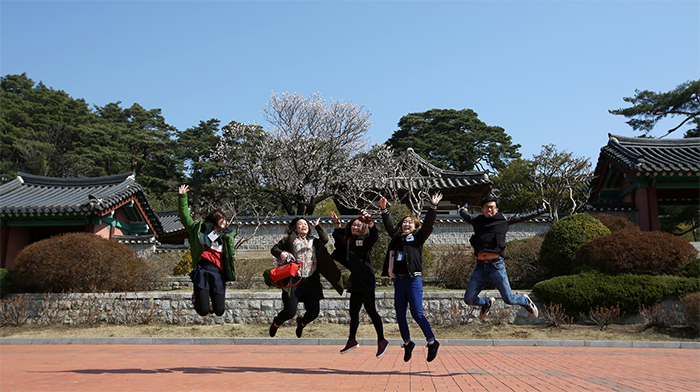 Ojukheon House in Gangneung is the birthplace of the famous Joseon scholar Yul-gok and his mother, Shin Saimdang.
It’s one of the oldest Joseon buildings still standing and is designated as National Treasure No. 165.

Reem Abdel Hamid, an Egyptian graduate student at Ewha Womans University, said, “Due to the K-Travel Bus, I’ve been able to travel all over Gangwon-do, which would have been impossible all alone. If I get the chance, I want to visit every location serviced by the K-Travel Bus.”

To mark the “2016-2018 Visit Korea Years,” the K-Travel Bus was created. It offers non-Korean tourists, who are concentrated in Seoul, a convenient way to reach other provinces. Once a week, the buses leave to six destinations across the country. Reservations can be made at its website. The price per person is between USD 150 and USD 170 and transportation, accommodations, breakfast, a tour guide and entrance fees are all covered.