Seollal Lunar New Year’s Day is back. This holiday has more meanings than other days, as we are now one year older. On Seollal, families and relatives get together to perform ancestral rites, the charye, enjoy a feast, thesechan (세찬, 歲饌), and share their blessings with each other. Children perform the sebae, the traditional Seollal bow to the older generation, and receive gift money, or sebaedon, in return. Then everyone digs into a delicious bowl of tteokguk rice cake soup. Some kids ask for extra servings of tteokguk, hoping to become older faster. 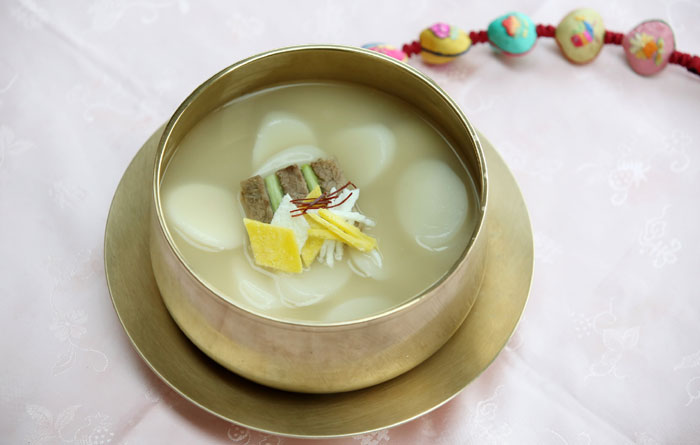 Tteokguk is one of the most symbolic dishes for Seollal. The soup represents the revival of all of Earth’s creatures,
new beginnings and becoming new and fresh.

Tteokguk symbolizes the Seollal lunar new year, and this dish reminds us of the meaning of New Year’s and the meaning of family. The dish represents all the good luck in the coming year. Garaetteok, the main ingredient of the dish, is rice cake dough that has been pulled into long strips in a wish to lengthen one’s fortune, like the long strip of rice cake dough. The dough roll is sliced into small coin-shaped pieces, similar to the shape of Korea’s old coin currency, yeopjeon. During the reign of King Sunjo (1790-1834), the scholar Hong Seok-mo (1781-1850) (홍석모, 洪錫謨) wrote about the first month of the year in the “Dongguk-sesigi” (1849) (동국세시기, 東國歲時記), saying that, “Koreans cook the rice soup with coin-shaped, sliced rice cakes.”

Tteokguk also represents rebirth, as well as expanding one’s property. Historian and publisher Choe Nam-seon (1890-1957) (최남선, 崔南善) wrote in the “Joseon Sangsik Mundap” (조선 상식 문답, 朝鮮 常識 問答), or “The Customs of Joseon,” that, “Tteokguk originates from ritual food prepared for ancestral rites in ancient times. Eating a white food to begin the new year holds the religious meaning of rebirth for all creatures in the world.” According to the book, the white tteok represents becoming new and new beginnings. So eating tteokguk means you will begin the new year with a mind of purity and cleanness. 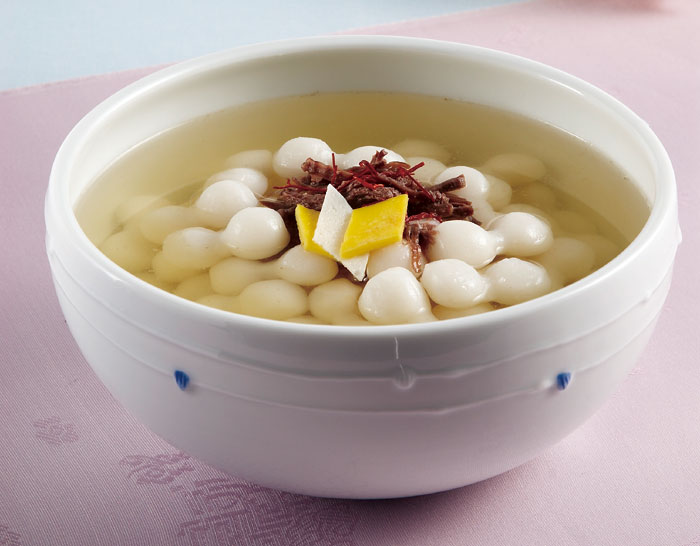 Jogaengi tteokguk is named after the shape of the rice cake pieces, which look like small gourds.

The ingredients and taste of tteokguk varies by region. In northern regions, especially north of Seoul, more people eat manduguk, a dumpling soup, than tteokguk on Seollal day. In Gaeseong, people traditionally eatjogaengi tteokguk, a New Year’s soup with specially shaped pieces of rice cake. It’s named for the shape of the rice cake pieces, which look like small gourds. 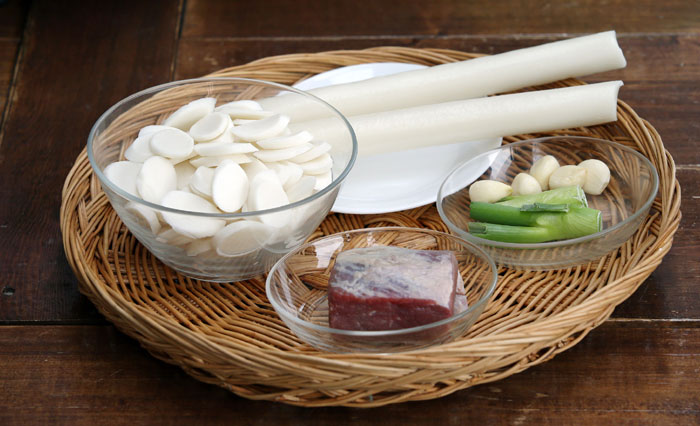 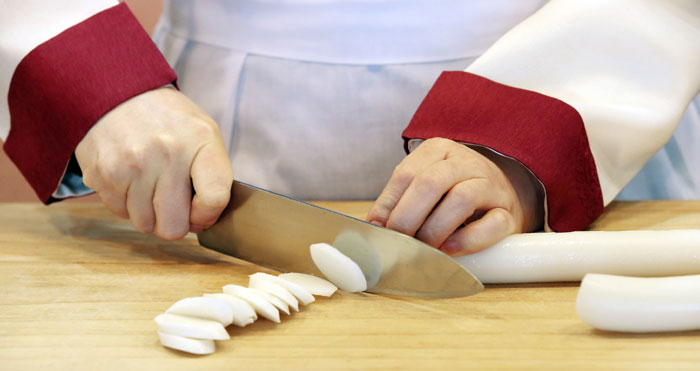 The long garaetteok needs to be sliced into round discs. The round shape of the rice cake represents wishes for good fortune. 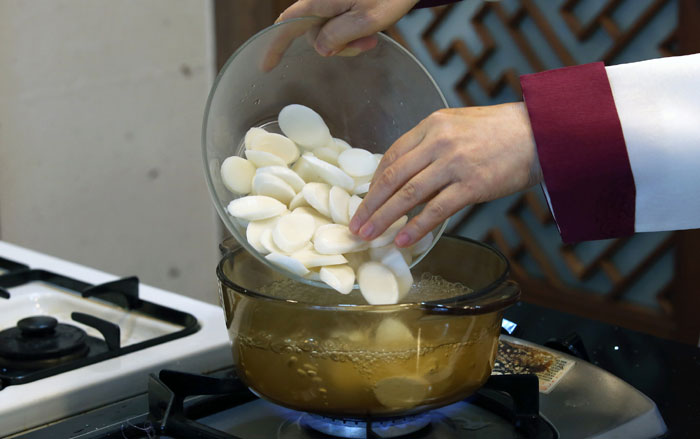 Add some soy sauce to make the soup a bit tastier. Boil it for a few minutes and add the sliced white rice cake to the boiling water.
Add some salt to adjust to taste. To make the broth, you can also use simmered ox knee bone broth, brisket or shank. 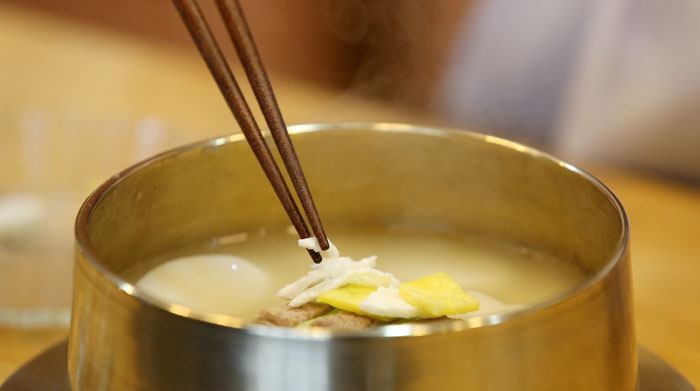 When the soup is done, serve it in a large bowl and place some beef bits, egg white slices, egg yolk slices
and some red pepper on top as a garnish. You can also add some fried beef for decoration, too.