One guy calls to his sweet hearts. She gets the phone call and he starts to sing a song. The song is only for her which he composed by himself.

That is the one of scenes in the Korean drama, ‘The 1st shop of Coffee Prince’ led by Gong Yoo, Yoon Eun-hye in 2007.

In the drama, there is a guy, who is an older brother of Choi Han-Kyul (Gong Yoo), the name is Choi Han-Sung (Lee Sun-Kyun). He is a music producer in the drama and having a relationship with Han Yoo-Joo as a girlfriend.

Han-Sung lives in a mansion. Also the leading actress Go Eun-Chan (Yoon Eun-Hye) often visits this house, because she first loved him. The mansion in the drama looked luxurious, magnificent and located on the hillside with nice view. While broadcasting the drama, all the people were curious where the house is and wanted visit there.

I think you must be also curious about the house, because I know there are many fans of this drama. From now on, let me introduce the location and the house which Choi Hang-Sung lived in the drama.

Before you read this post, if you would like to see last series of ‘The cafes where Korean wave drama used as a shooting location’, refer to posts linked as below.

The Han-Sung’s house in the drama

Those are the scenes which are captured in the drama. I think you must remember, if you watched this drama. After he calls to girlfriend, and starts to sing the song which he composed by himself. The song is of course sweet and lovely. What a surprising gift ever!

After the scene was broadcasted, the song ‘Ocean Travel, 바다여행’ was ranked No. 1 in music chart right away. All the women, who watched this drama, fell in love with him ‘Han-Sung’ and he became more famous through this drama.

Turned into the café, the name is ‘Corner of a mountain, 산모퉁이 /San∙mo∙toong∙ii/

Now, the house turned into the café, and located in Seoul Buam-Dong. You all can visit there and can go into the house. Also, you can take pictures as many as you want. 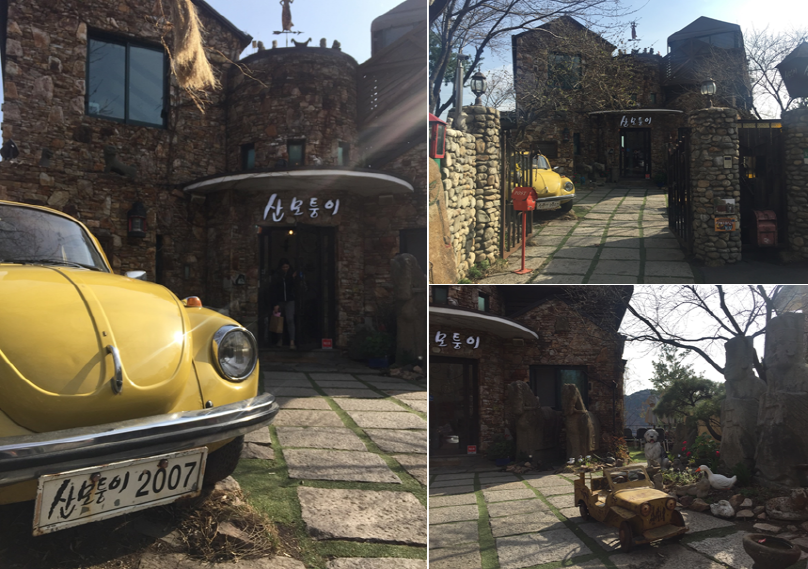 The entrance of the café ‘Corner of a Mountain’

The main gate is wide open. It seems that they are very welcoming us. As soon as I entered this café, I recalled many scenes of the drama, even though 8 years have passed. The view from the café was really good and felt relaxed as I expected.

I took a seat which looks down the whole view of Buam-Dong. In the drama, this spot was the garden; Han-Sung and Yoo-Joo enjoyed and took a rest each other. I had a cup of coffee and a piece of cake enjoying the composure and such a nice view of this village. When I visited the café, it was early April, little bit cold and windy. If you visit this café around May and June, the view will be greater. 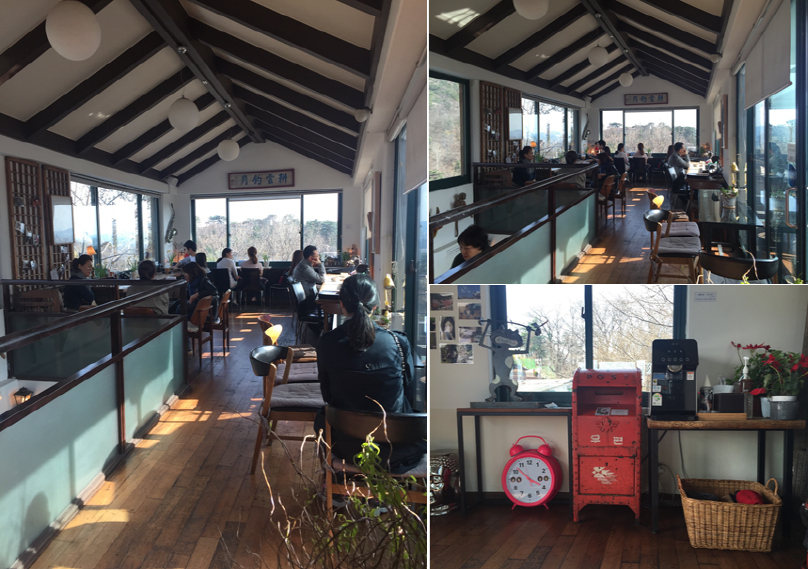 Finally, that is the room Han-Sung sang a song for girlfriend by the phone. There are many people in this place. All for walls have big windows, the place is well-lighted. I felt the song ‘Ocean Travel’ will be played from somewhere. If you go around the café, you can see pictures of the drama. 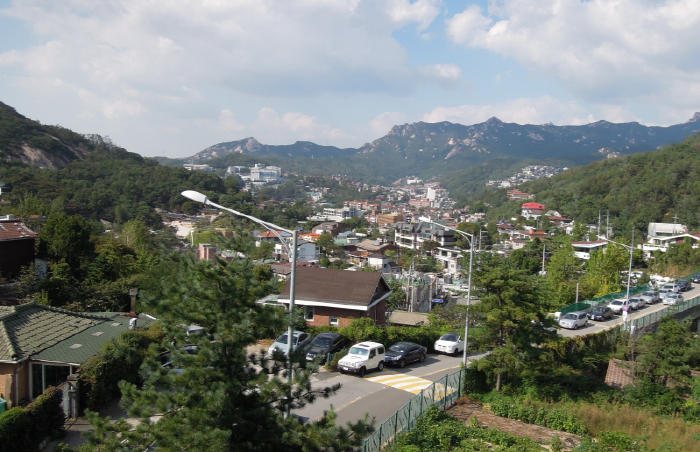 Buam-dong is called an attractive little mountain town in Seoul. This village is located near Mt. Bugaksan and Mt. Inwangsan, and in such a quaint village, there are also a few of galleries, cafés, and restaurants. This alleyway has become known to the people, so you can see many people there, especially during weekends. Even though a lot of people visited, you must feel in peace and tranquility. There is an old city walls, started from Buam-dong. One of the structure’s smaller gates is located tight at the entrance to the neighborhood.

Location of ‘Corner of a mountain’

This cafe is located on the hill side of the mountain, literally a corner of a mountain. If you take the bus, after getting off, you have to walk to the cafe around for 20 minutes. So, I would like to recommend to you taking a taxi. It will be better for you.