Travel to Hallasan Mountain and to the Seongsan Ilchulbung of Jeju Island and learn more about its volcanic geographic features.

Visit the Hwasun Dolmen in Jeollanam-do Province and explore the megalithic culture of prehistoric times. Follow the traces of the Baekje Kingdom (18 B.C.-A.D. 660) at the Baekje Historic areas in Ilksan, Jeollabuk-do Province. Walk through the Suwon Hwaseong Fortress and learn more about King Jeongjo’s love for his father and the scientific engineering that went into constructing the fortress.

These are all part of six destinations chosen by the Korea Tourism Organization (KTO) in its new “Enjoy World Heritage” program. The KTO recommended all these sites as worthy of a visit this September.

Thanks to the lessening heat wave, as autumn approaches, it would be wonderful to visit these selected places with family or friends, all while enjoying nature and learning more about our nation’s history. 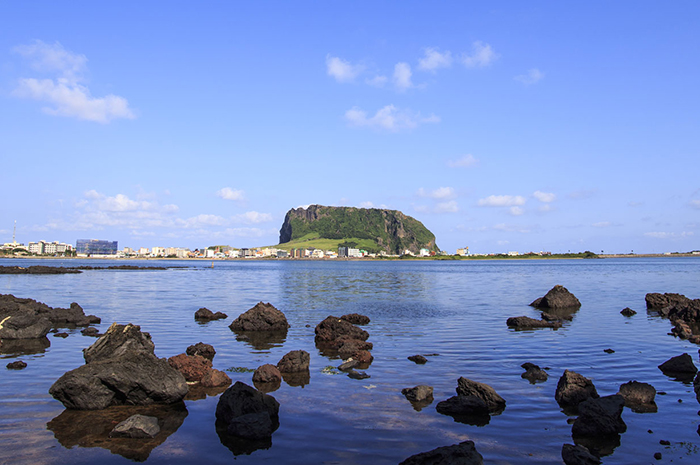 Jeju Island is known for its volcanic topography. Hallasan Mountain, the Seongsan Ilchulbong and the Geomunoreum Lava Tube System were enlisted on UNESCO’s list of World Natural Heritage sites in 2007. In 2010, 12 more attractions on the island, including Sanbangsan Mountain and Yongmeori Beach, were designated as official UNESCO Geopark sites.

Seongsan and the Ojo Geo-trail are one of the recommended walking routes that people take to explore more about the volcanic topography of the island. While walking, visitors can pass by the Seongsan Ilchulbong and its nearby villages, like Seongsan-ri and Ojo-ri, where they can learn more about the unique lifestyle and folk culture of the local residents. It takes about three hours to walk the 7-kilometer level path. 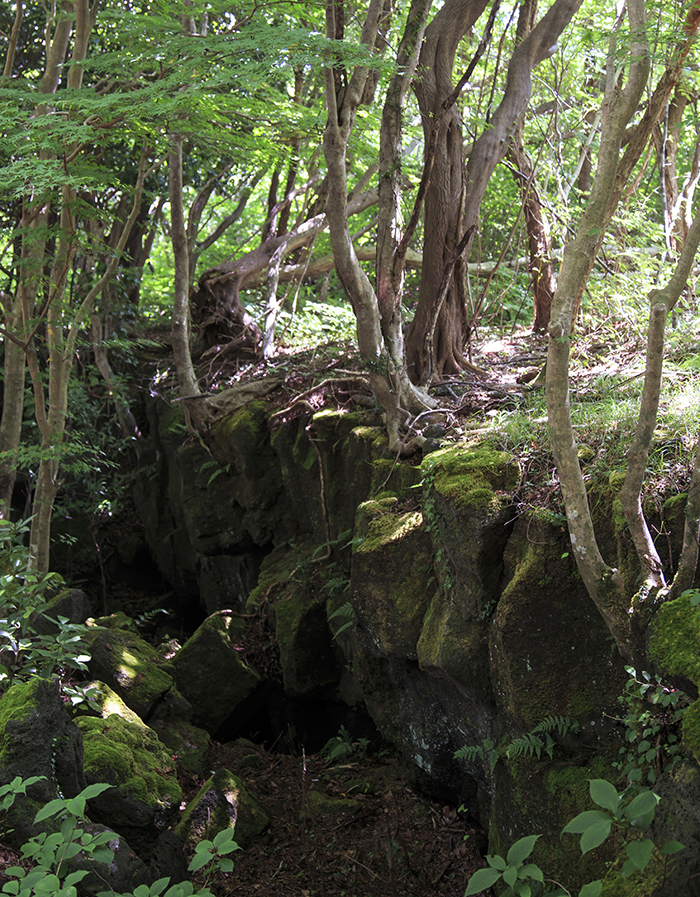 A lava gorge is formed inside one of the craters at Geomunoreum. 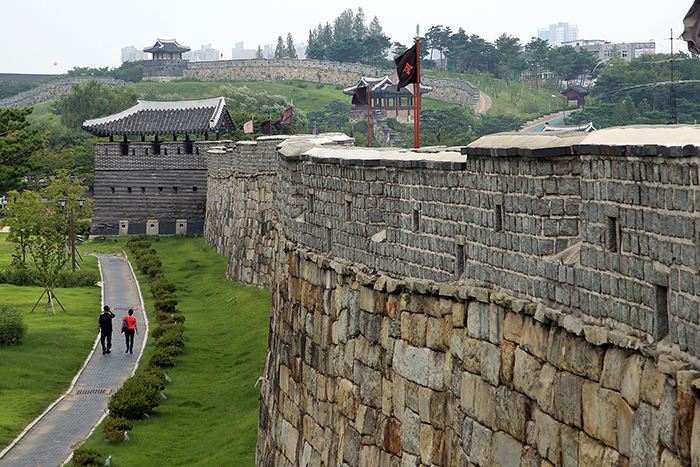 The Suwon Hwaseong Fortress was constructed by Jeong Yak-yong under the order of King Jeongjo (1752-1800). It took only two years and nine months to complete the fortress thanks to the use of the geojunggi, a construction crane developed by Jeong. The fortress is highly valued for its architectural significance, as military theories from both the East and the West were applied to its design, as well as to the construction of the fortress itself.

The Suwon Hwaseong Fortress in Gyeonggi-do Province is one of the UNESCO World Heritage sites in Korea that can be found near to Seoul. The 22nd king of Joseon, King Jeongjo (정조, 正祖) (1752-1800), ordered Jeong Yak-yong (정약용, 丁若鏞) (1762-1836), a distinguished Confucian thinker and writer, to build the fortress in order to move the tomb of his father, Sadoseja or Crown Prince Sado (1735-1762), to Suwon.

To build the fortress, Jeong invented the geojunggi, a construction crane designed to lift heavy objects easily by using 12 pulleys. Thanks to the invention, it took only two years and nine months to complete the fortress, from January 1794 to September 1796. Thanks to the scientific, methodical system of construction, the fortress was enlisted on the UNESCO World Heritage list in 1997. It is one of the top architectural monuments in Korean history.

The Suwon Hwaseong Fortress is also a good place for a walk. Those who wish to walk around the fortress need to begin at the Hwaseong Haenggung Palace. A haenggung is a temporary palace whither the king and royal family retreated during war or during an outing.

You can catch the Hwaseong Train to get to the next walking path, the Dongjangdae, meaning the Eastern Command Post.

More information about the fortress is available at the Suwon Cultural Foundation (https://www.swcf.or.kr) website in Korean, English, simplified Chinese and Japanese. 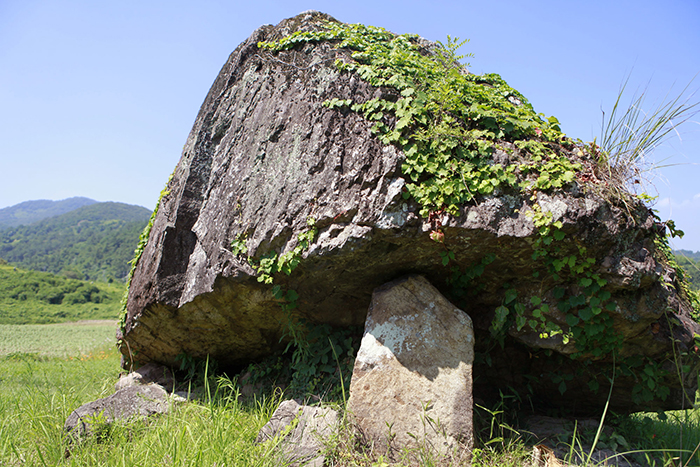 Korea has the largest number of dolmen in the world. Along with Stonehenge in the U.K. and the moai on Easter Island in Chile, Korea holds important value as part of the world’s megalithic culture.

Goindol or dolmen remains are also well-known world heritage sites in Korea. They are a type of single-chamber megalithic tomb. Korea has the largest number of dolmens in the world. The dolmen site at Hwasun, in Jeollanam-do Province, was first discovered in 1995. In 2000, UNESCO added dolmen sites in Hwasun, Ganghwa-gun County, Incheon, and Gochang in Jeollabuk-do Province to its list of World Heritage sites.

The dolmen site in Hwasun is well-preserved and located at the foot of a mountain. Visitors can look around the site by walking along a 5-kilometer path. While walking, they can find dolmens and a quarry. Dolmens are clumped together next to the road. There is a small cliff at the foot of the mountain. A set of wooden stairs is built next to the dolmens, enabling visitors to get on top to have a wider view. Visitors can also have a first-hand experience about what living in prehistoric times was like.

More information about the site is available at the Hwasun-gun County website (https://www.hwasun.go.kr) with services in Korean, English, Japanese and simplified Chinese. 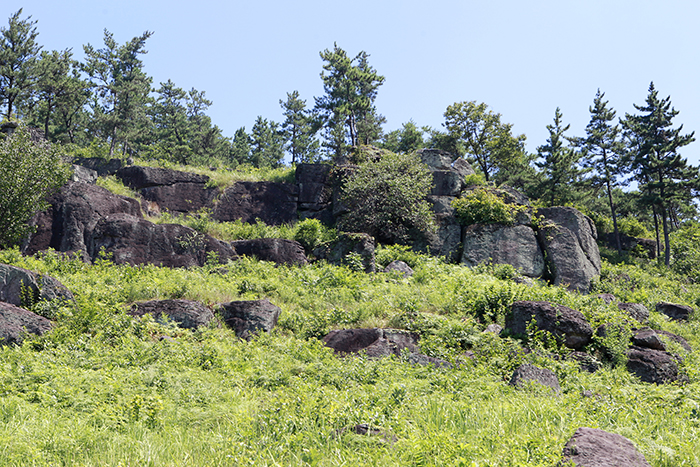 In Iksan, Jeollabuk-do Province, visitors can feel the breath of the Baekje Kingdom (18 B.C.-A.D. 660). The Baekje Historic Areas and the archaeological site at Wanggung-ri became UNESCO World Heritage sites in 2015. You can find some of the representative cultural remains of late Baekje, such as Mireuksa Temple, the largest temple site of the kingdom, and the Mireuksa Temple stone pagoda (Mireuksaji Seoktap, 미륵사지 석탑), the largest stone pagoda in Korea.

Restoration work is going on to rebuild the stone pagoda at Mireuksa Temple. Visitors to the site can observe the restoration work currently underway. Another interesting feature can be found at a square-shaped palace site where there have been found traces of a garden, a roof tile that symbolizes Baekje’s capital, and the site of a goldsmith workshop. To learn more about Iksan, please visit the city’s website (https://www.iksan.go.kr) with services in Korean, English, Japanese and simplified Chinese. 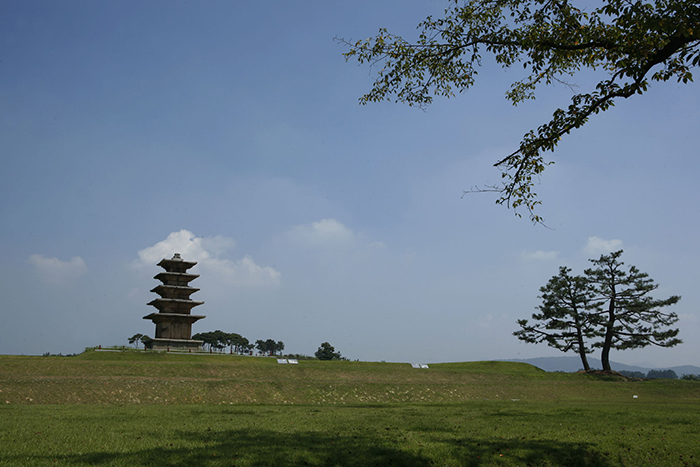 People can learn more about cultural assets from the Baekje Kingdom at the Baekje Historic Areas in Iksan, Jeollabuk-do Province. The photo shows the scenery of the archaeological site in Wanggung-ri. 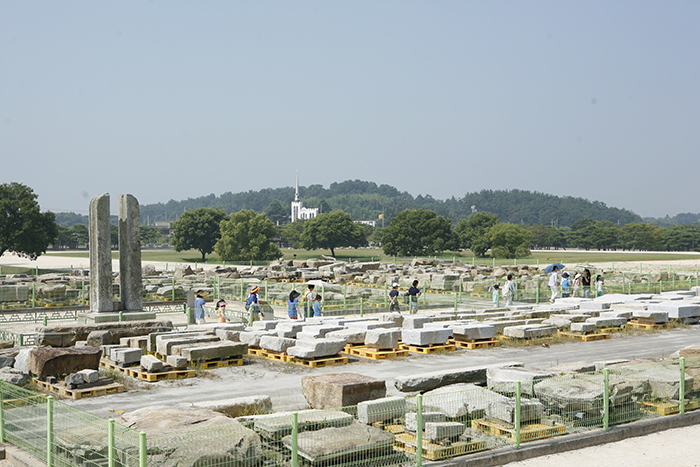 Visitors look around one of the Baekje Historic Areas in Iksan.

Royal Joseon tombs have also received international recognition for their historic and cultural value, as they uphold the 500-year legacy of Joseon. These tombs include the Donggureung, dubbed as a museum of Joseon royal tombs since nine UNESCO-enlisted royal tombs are located there. These nine tombs include the Geonwonneung, the grave of Joseon founder Yi Seong-gye (이성계, 李成桂) (1335-1408). A total of 17 ancestral tablets are placed in the nine tombs there. The 17 tablets include those for Munjo (文祖) (1809-1830), the crown prince of King Sunjo (1790-1834), and Queen Sinjeong (신정왕후, 神貞皇后) (1808-1890).

More information about the Donggureung can be found at the website of Guri-si City (https://www.guri.go.kr) with services in Korean, English, Japanese, Vietnamese and simplified Chinese. 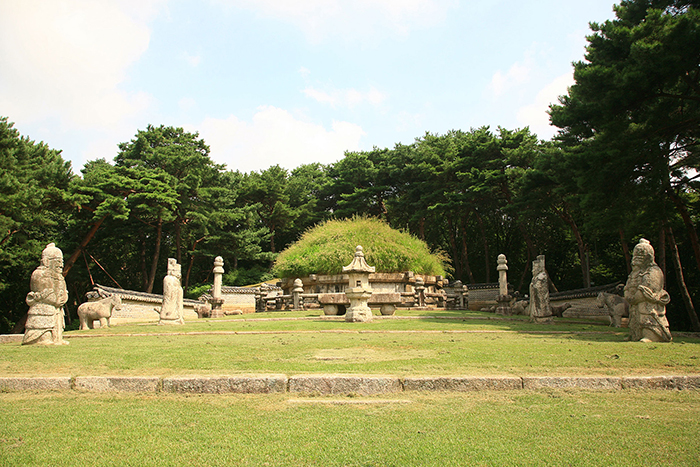 If you’re interested in Gyeongju-si City, Gyeongsangbuk-do Province, take part in a special walk that focuses on the history of King Sinmun (神文王) (d. 692), Silla’s 31st monarch. Along this trail, participants can learn more about the history of Unified Silla and the legend of the manpasikjeok (만파식적, 萬波息笛), a magical flute that can solve all the country’s problems when played.

The trail starts at the ancient palace. Participants can enjoy the thick broadleaf forest of the Suraetjae (수랫재) on their way to Girimsa Temple, an ancient temple built more than 1,000 years ago in Gyeonggju. At the temple, they can proceed to Gameunsa Temple and Daewangam Rock.

More information about these trails and sites is available at the website of Gyeongju-si City (https://www.gyeongju.go.kr/) with services in Korean, English, Japanese and simplified Chinese. 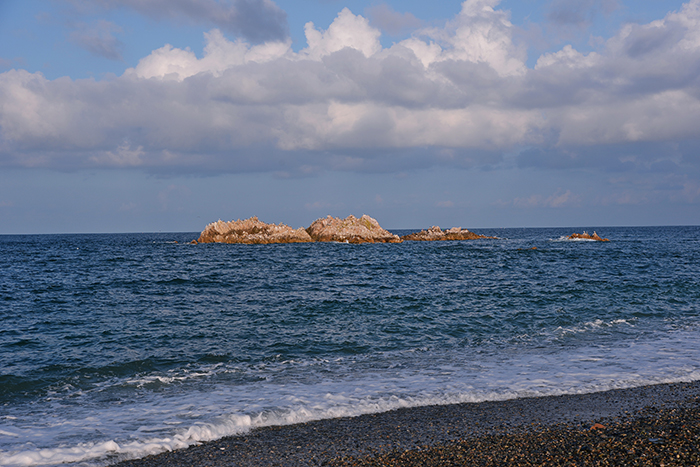 Daewangam Rock is the underwater tomb of King Munmu, which fulfilled Silla’s ambition to unify three ancient Korean kingdoms. King Munmu left a will to bury his body in the East Sea so that he would become a dragon to protect his country, even after his death. 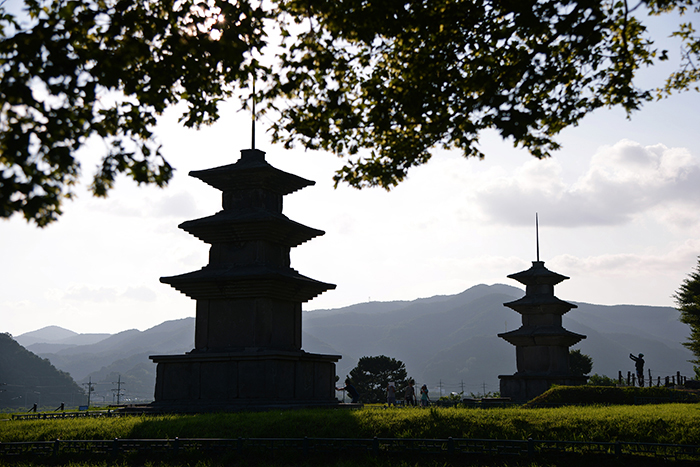 Travel information is also available at the website of the Korea Tourism Organization (https://english.visitkorea.or.kr) with services in 12 languages.

UNESCO Heritage Tour
About the author