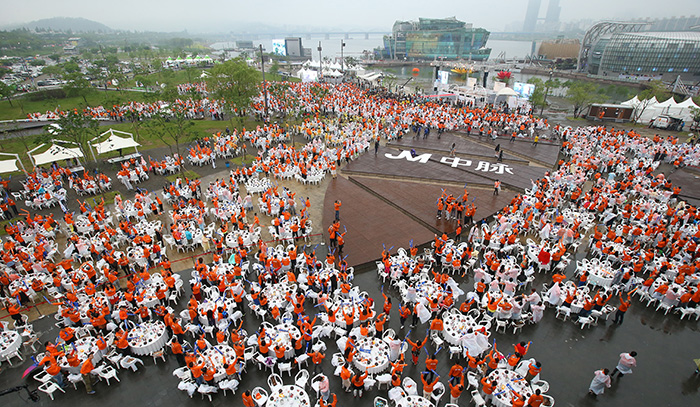 A 4,000-strong group of employees from the Chinese healthcare company Nanjing Joymain Science & Technology gathers at the Banpo Hangang River Park in Seoul to enjoy a samgyetang dinner on May 6.

Over 4,000 Chinese tourists gathered in Moonlight Square at the Banpo Hangang Park in Seoul for a special meal of samgyetang ginseng chicken soup on May 6.

They were 4,000 employees from the Chinese healthcare company Nanjing Joymain Science & Technology and livened up the outdoor venue with their matching orange jackets.

The trip to Korea for the Joymain Group employees was part of an incentive plan and the samgyetang dinner was the highlight of their time in Seoul. After enjoying their ginseng chicken soup, they expressed favorable comments with great satisfaction.

Joymain Group President Li Dabing said, “I was personally deeply impressed by the food and traditions of Korea when I visited here. That’s why I came back with my employees. This is an unforgettable trip.” 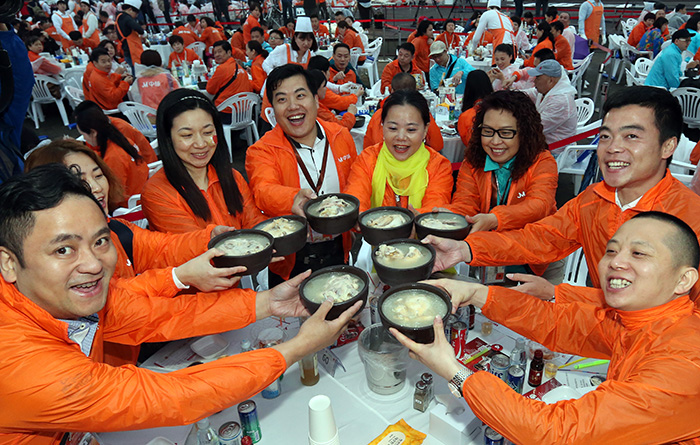 Employees of Nanjing Joymain Science & Technology smile as they hold up their bowls of samgyetang during a company-wide ginseng chicken soup dinner in Seoul on May 6.

After enjoying their soup, a concert was performed for the gathered tourists. The employees cheered actor Choi Sung-kook as he took to the stage, the pop group 24K played a few numbers, and Korean singer Lyn sang “With You,” one of the original pieces from the soundtrack of “Descendants of the Sun,” a popular TV soap opera that was jointly created by Korean and Chinese production companies.

This is so far the second largest single group of Chinese tourists to visit Korea at once, after some 10,860 employees from the Baojian Group visited the country in 2011. An additional 4,000-strong group of employees from the Joymain Group arrived in Korea on May 9 and will enjoy their samgyetang dinner on May 10. 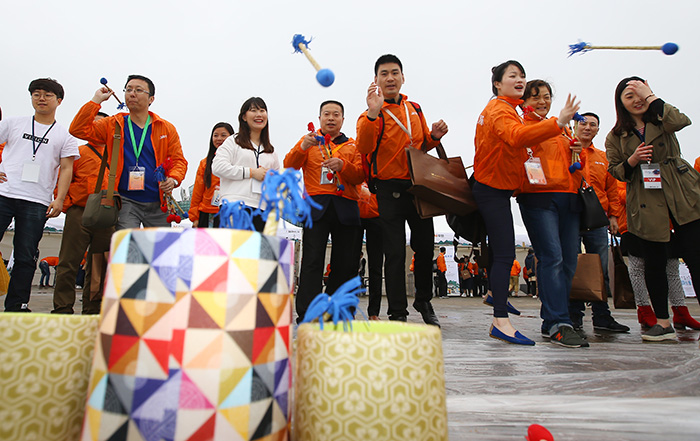 Employees of the Joymain Group play tuho, a traditional arrow-throwing game, before their samgyetang dinner on May 6. 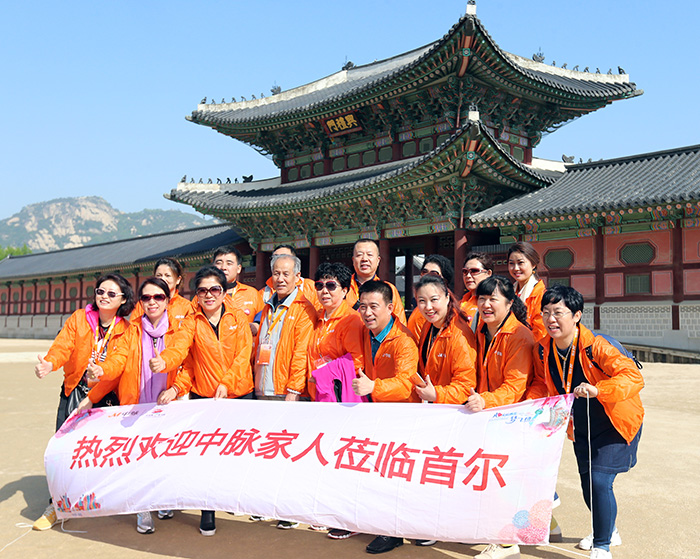 Employees of the Joymain Group visit Gyeongbokgung Palace in Seoul on May 7. 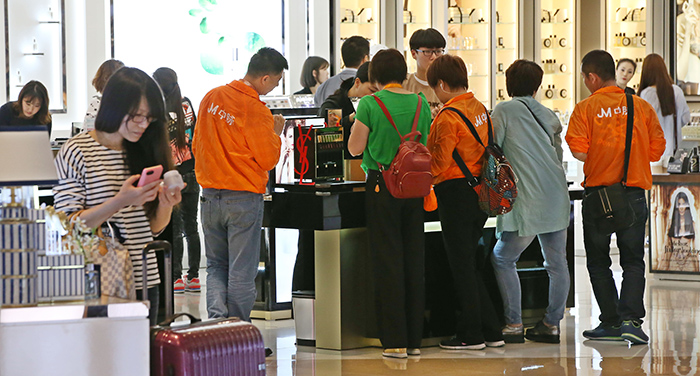 Employees of the Joymain Group shop at a duty-free outlet in Seoul on May 8.