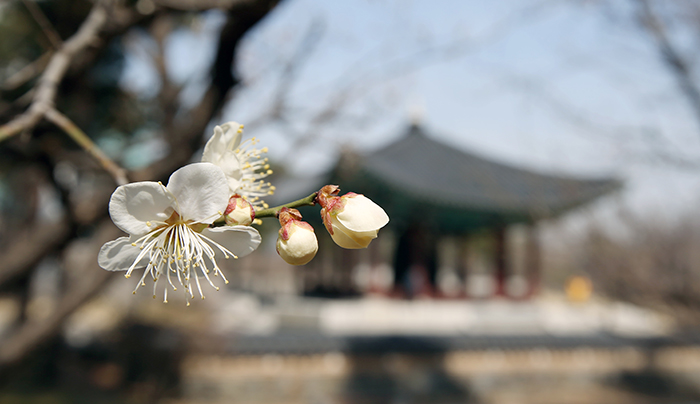 Apricot flowers begin to bud at the Boshingak Bell at the National Museum of Korea on March 15, showing us that spring has sprung.

Seoul’s weather in the middle of March can still be a bit chilly in the mornings and evenings, and some parts of the city center still have remnants of the recent winter past. Commuters on the street corner still wear winter jackets, and many trees along the boulevards are still naked and brown.

Though southern Korea has sent out news of spring and blooming flowers, realizing the season here in Seoul remains somewhat difficult. Nonetheless, even if we haven’t noticed, spring has already sprung here in the capital. On March 15, five days prior to the vernal equinox, apricot flowers and azaleas on the grounds of the National Museum of Korea have just barely begun to bloom, and sprouts have also have begun to bud amid the remnants of winter along the paths in the forest park adjacent to the museum.

Apricot trees begin to bloom on the grounds of the National Museum of Korea on March 15.

Cherry blossoms marking the peak of spring will burst across Seoul on April 6 this year, says the Korea Meteorological Administration, and the Yeouido Cherry Blossom Festival, Seoul’s most well-known spring festival, will begin along the Yunjungno in Yeouido on April 4. 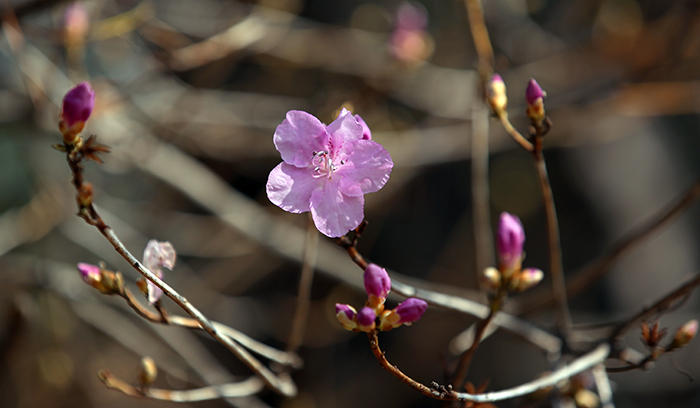 Azaleas begin to bloom on March 15 along a path at the National Museum of Korea. Some flowers are even already fully bloomed, showing off their deep pink petals 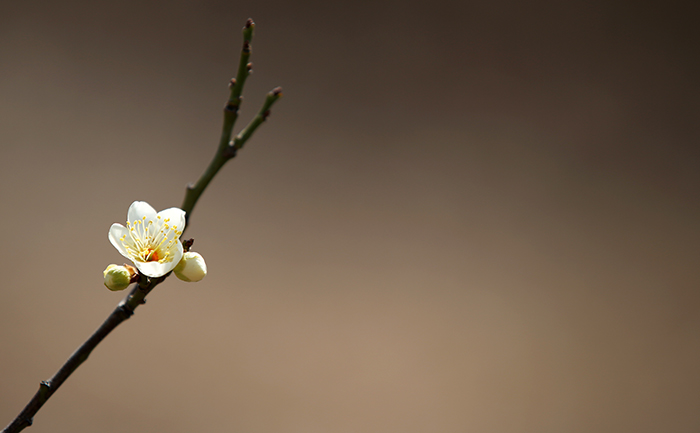 Apricot flowers begin to bloom at the National Museum of Korea on March 15. 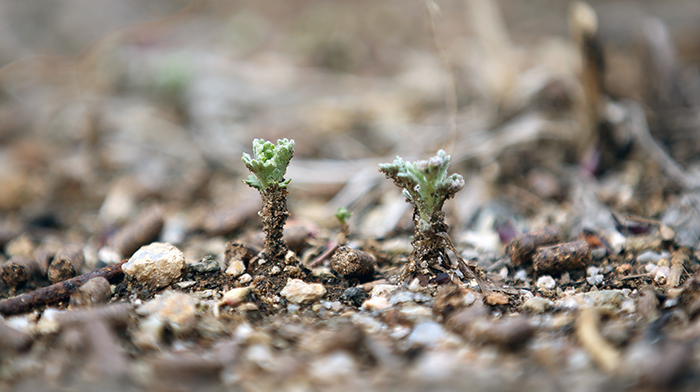 After enduring the cold of winter, budding sprouts enjoy the spring warmth of the sun. They wait for spring to come and for all the flowers to bloom.