Hangawi festivities loved across the nation 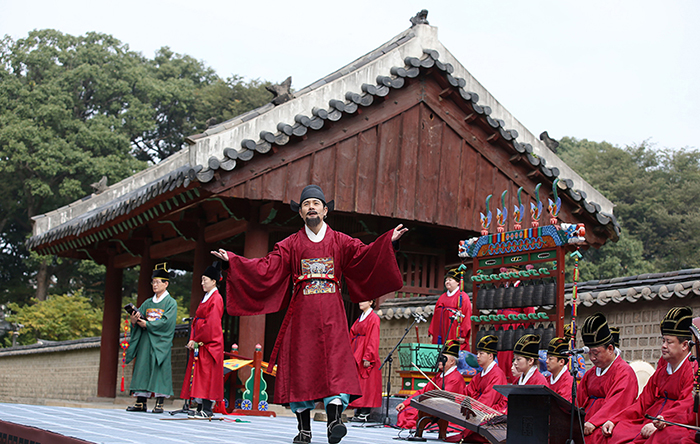 Actor Lee Min-woo performs in the ‘Royal Ancestral Ritual and Music With Narrative’ performance the day before Chuseok, on Sept. 26 at the Jongmyo Shrine in Seoul.

The feeling and importance of Chuseok, the traditional mid-autumn harvest festival that also goes by the more traditional name of Hangawi, cannot be explained in one simple sentence, but nobody would object if Chuseok were to be called one of the most “plentiful” holidays in Korea.

Hangawi or Chuseok is the middle day of the eighth lunar month and as the fruits and crops ripen, people’s hearts are enriched.

Chuseok this year fell on a Sunday. People moved across the country to visit their families over the four-day break that stretched until Tuesday, one of the new substitute days off.

Known as a great exodus, a large number of Seoulites left the capital and headed back to their hometowns, while people who are originally from Seoul stayed in the city and welcomed their families visiting from elsewhere. 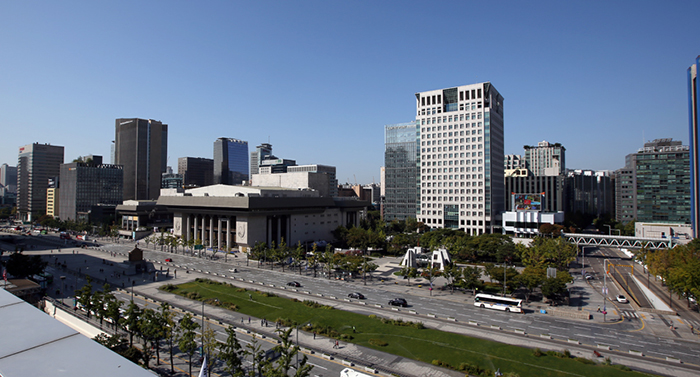 Gwanghwamun in downtown Seoul is almost empty on the Sunday morning of Chuseok, Sept. 27, with less traffic than even a usual Sunday morning. 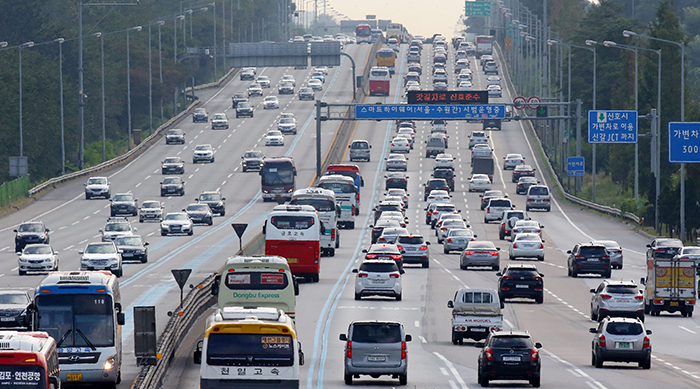 Traffic on the Gyeongbu Expressway begins to get jammed on Sept. 26, day one of the four-day weekend, as people head back to their hometowns.

Early in the morning on Hangawi itself, the empty city center around Gwanghwamun, usually crowded with people and cars, looked almost lonely more than simply calm. On the other hand, however, the royal palaces and tourist sights nearby, including Gyeongbokgung Palace, were crowded with tourists and people on vacation.

Visitors with their families wearing traditional Hanbok and international tourists alike filled Gyeongbokgung Palace starting early in the morning. In the central courtyard at the National Folk Museum of Korea, located near the palace, holidaymakers enjoyed a traditional samulnori percussion performance and international tourists had an enjoyable time taking pictures of themselves wearing Hanbok outfits. 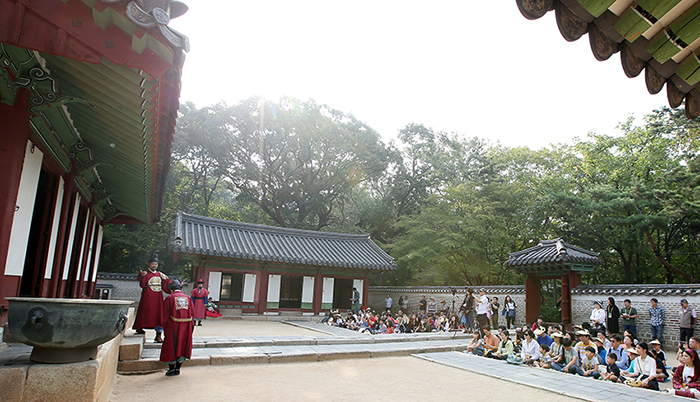 The audience is absorbed in the ‘Royal Ancestral Ritual and Music With Narrative’ that depicts the founding of Joseon and the transfer of the new capital to Hanyang, now Seoul, on Sept. 26 at the Jongmyo Shrine.

On Sept. 26, one day ahead of Chuseok itself, the “Royal Ancestral Ritual and Music With Narrative” was performed across the Jongmyo Shrine in downtown Seoul. The ritual tells the story of how Joseon was founded and moved its capital to Hanyang, which later became today’s Seoul. Some of the tourists and visitors didn’t know in advance that the ritual was going to be performed and were able to join the audience simply by following the sounds of the traditional gukak music. The audience was particularly wowed by the final stages of the ritual that were performed in the central courtyard of the Yeongnyeongjeon Hall at the Jongmyo Shrine.

Besides performances at the royal palaces and shrine, a “Five Noblemen’s Harvest Feast” was held at the Namsangol Hanok Village, which included a variety of stage performances. Also, the “Feast of Sound by Pansori Singer Lim Bang-wool” was on stage at the National Theater of Korea, also attracting many sightseers.

Finally, all across the nation, the Korean Folk Village, at various Korean National Parks, the Gyeongju World Culture Expo and the 2015 Goesan International Organic Expo + Industry Fair were crowded with people during the mid-autumn holiday. 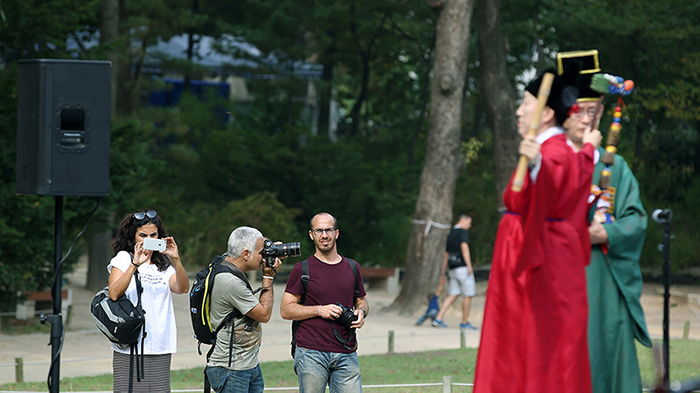 Tourists take pictures during the royal ancestral rituals in front of the Yeongnyeongjeon Hall at Jongmyo Shrine in Seoul over the recent Chuseok holiday. 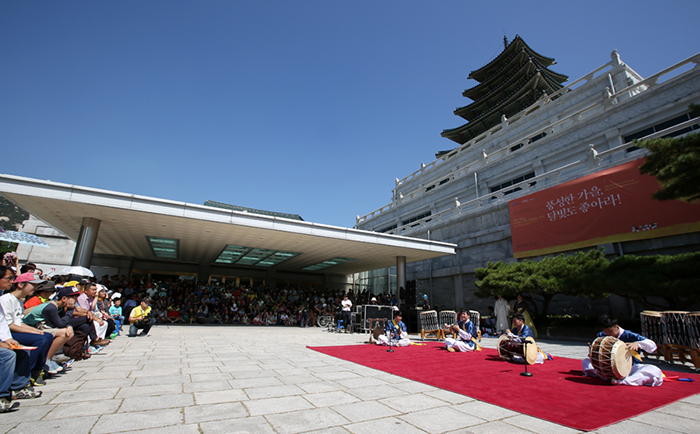 Visitors enjoy a traditional drum performance and other events on Sept. 27 at the National Folk Museum of Korea. 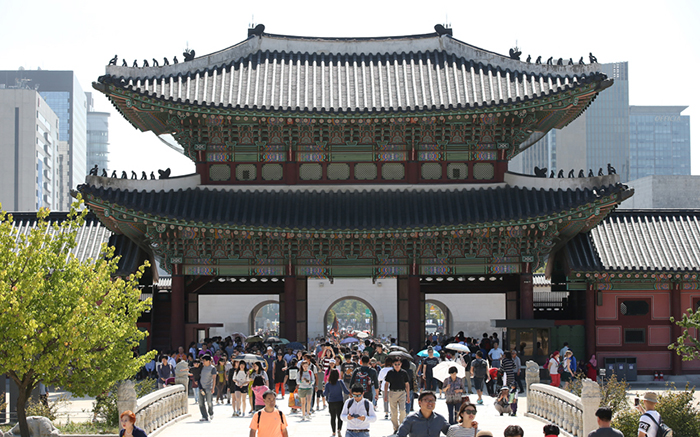 Gyeonbokgung Palace is crowded with families and tourists starting early in the morning on Chuseok, Sunday Sept. 27.