Unhyeon Palace (Hangul: 운현궁; Hanja: 雲峴宮), also known as Unhyeongung Royal Residence, is a former Korean royal residence located at 114-10 Unni-dong, Jongno-gu, Seoul, Korea. It was formerly the residence of Prince Regent Daewon-gun, ruler of Korea during the Joseon Dynasty in the 19th century, and father of Emperor Gojong. Gojong himself also lived in this residence until age 12 when he assumed the throne.

The site dates from the 14th century. Early buildings were damaged or destroyed over the years, but some of the early construction remains. Under the direction of Queen Mother Jo, Unhyeongung was converted into a grander complex with four gates. Although the residential complex was taken from Daewon-gun’s descendents under Japanese colonial rule, it was returned in 1948, and in 1993 they sold it to the Seoul government. It subsequently underwent 3 years of renovations to restore its earlier appearance. Today’s complex is smaller than its previous extent, as Duksung Women’s University now occupies part of its grounds, as well as other smaller businesses including Unhyeon Kindergarten and Byeolhadang hanok guesthouse. The remaining complex includes:

Structures
Some of the interiors have been refurnished, and contain mannequins dressed in typical clothing styles for various stations of life in Korean history. The complex also contains a small museum. The residence is open to the public; an admission.

Norakdang is the largest building within the complex and is the site of wedding of King Gojong and Queen Min. Norakdang also was as one of the two residence buildings for women. The most notable structure inside Norakdang is the kitchen, which was most likely used for food preparation when hosting important events. The hall held many important events such as birthday parties and related ceremonies. The traditional wedding ceremony continues to be held at Norakdang.

Noandang was where Heungseon Daewongun received his guests and also served as the leisure quarters for the men. The hall was not just a place of leisure and entertainment. Heungseon Daewongun, as the father of a young Emperor, carried out all his business from Noandang.

Irodang Hall
Irodang is one of two woman’s residences on the residence complex.

Sujiksa
Sujiksa is a small row of rooms to the right from the entrance. These rooms provided housing for the servants and guards. 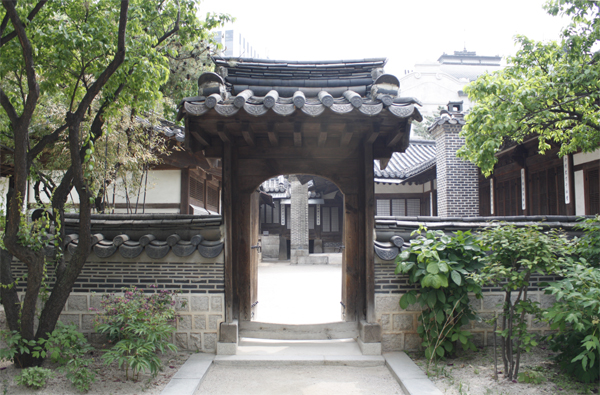