Kimchi jjigae is a variety of jjigae, or stew-like Korean dish, made with kimchi and other ingredients, such as scallions, onions, diced tofu, pork, and seafood, although pork and seafood are generally not used in the same recipe. It is one of the most common jjigae in Korea. Kimchi is known to have been eaten as pickled vegetables, and only became the kimchi known today in the mid-Joseon era, when chili peppers were first introduced to the country. Kimchi jjigae is assumed to have been developed around this time, as well.

Preparation and serving Kimchi jjigae is often cooked in Korean homes using older, more fermented and “ripe” kimchi, creating a much stronger taste and containing higher amounts of “good” bacteria also found in yogurt. The stew is said to be more flavorful if prepared with older kimchi, while fresh kimchi may not bring out a full and rich flavor. Kimchi is the most important ingredient in kimchi jjigae and other ingredients tend to depend on personal preferences.

Sliced kimchi is put into a pot with beef, pork or seafood, tofu, sliced spring onions and garlic, and are all boiled with water or myeolchi (anchovy) stock. The stew is seasoned with either doenjang (bean paste) or gochujang (red pepper paste).

Like many other Korean dishes kimchi jjigae is usually eaten communally from the center of the table if more than two people are served. It is accompanied by various banchan (side dishes) and rice. It is usually cooked and served boiling hot in a stone pot. 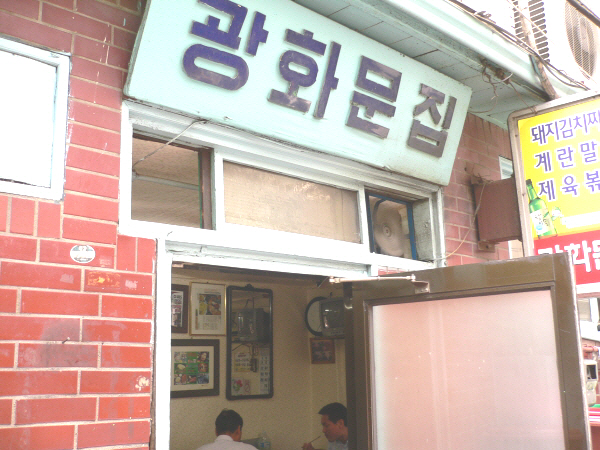 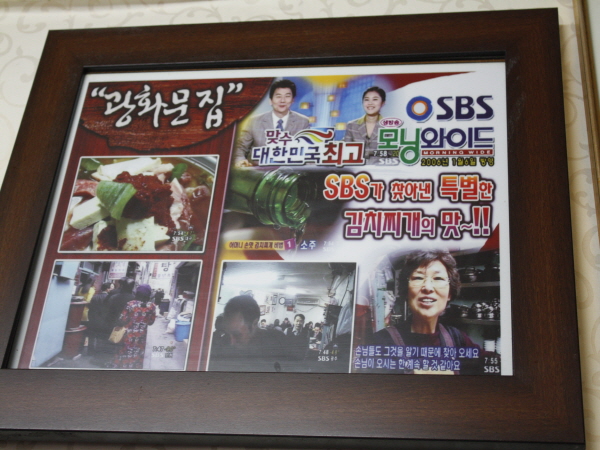 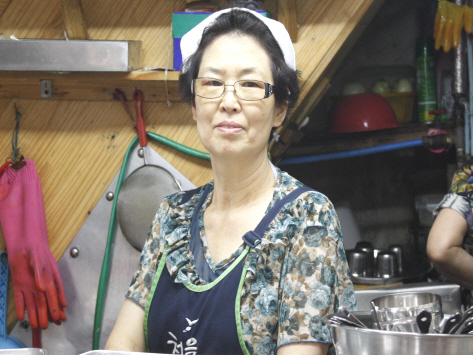 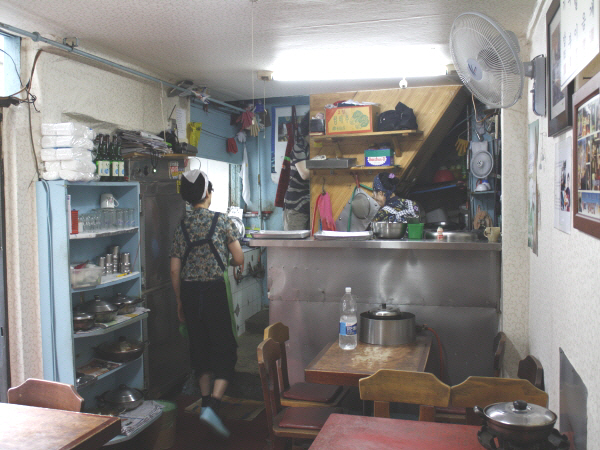 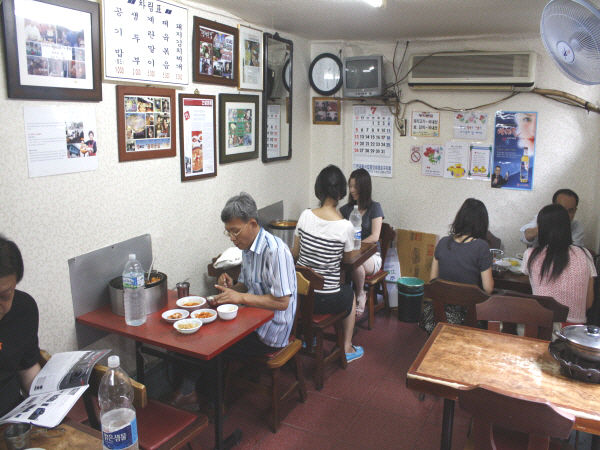 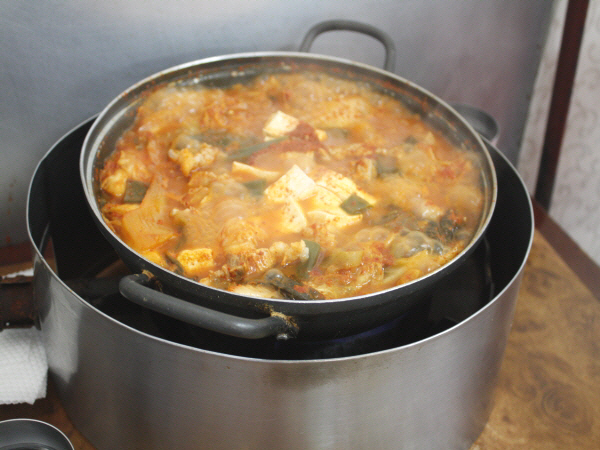 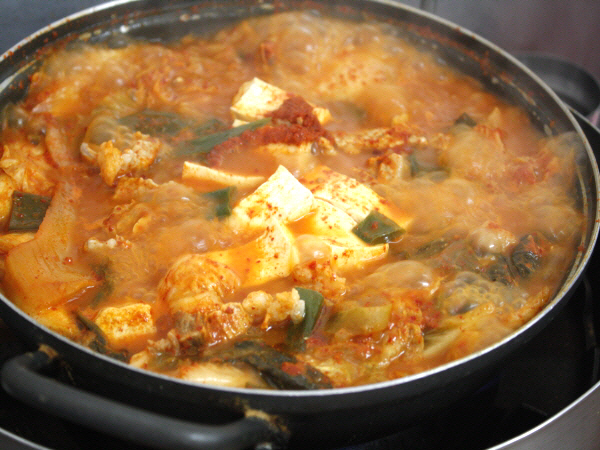 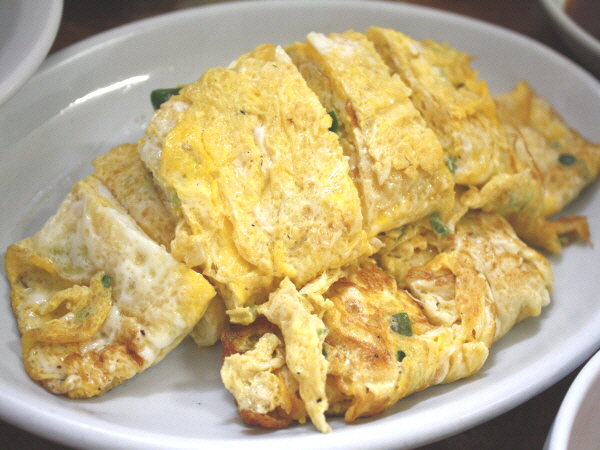 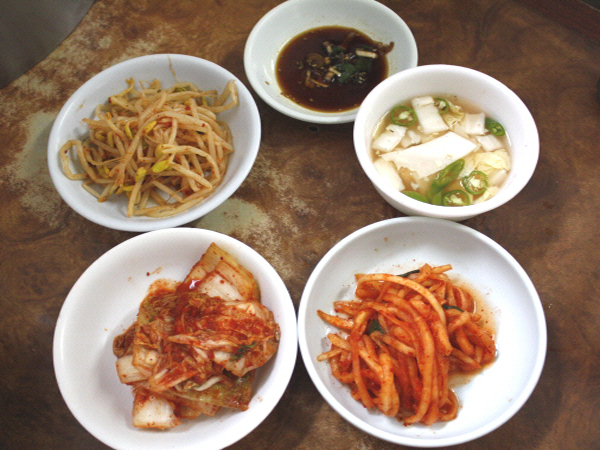