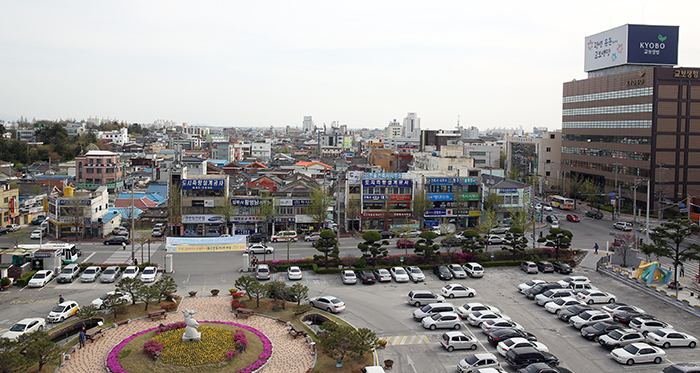 With a population of 310,000, Iksan City in Jeollabuk-do (North Jeolla Province) has the third largest population in the Honam area, following Gwangju and Jeonju. The above photo shows a bird’s eye view of the city of Iksan.

Located in northwest Jeollabuk-do (North Jeolla Province), the city of Iksan was formed by combining the two jurisdictions of Iri and Iksan-gun County in 1995. Its population hit 310,000 as of 2012, and it covers some 507 square kilometers.

The history of Iksan traces back to the Mahan (마한, 馬韓) period (1 B.C.-A.D. 4). The fortress of Nangsan there is also called “Mahanseong,” or, “Mahan Castle.” People assume that it was named thus because the area around Iksan was the capital of Mahan. Detailed records about the size and role of the various regions of Mahan do not exist after it merged with Baekje (18 B.C.-A.D. 660). Nonetheless, it is theorized that it could have been a major Baekje city, as Mireuksa Temple itself was in the modern day city of Iksan, according to records from the “Memorabilia of the Three Kingdoms” (Samguk Yusa, 삼국유사, 三國遺事). In 1989, archaeologists found in Iksan the site of a palace built during the reign of King Mu of Baekje (r. 600-641). This leads researchers to presume that Iksan may have been one of the capitals of the ancient kingdom. 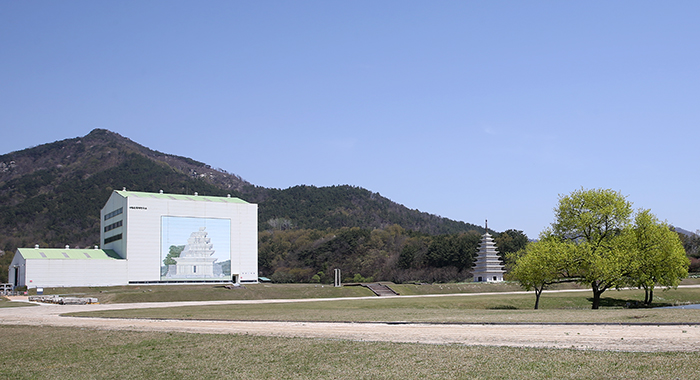 Mireuksa Temple represents the elegant culture and power of Baekje. A restored pagoda to the east stands on the site of the temple. The western pagoda is covered for restoration. 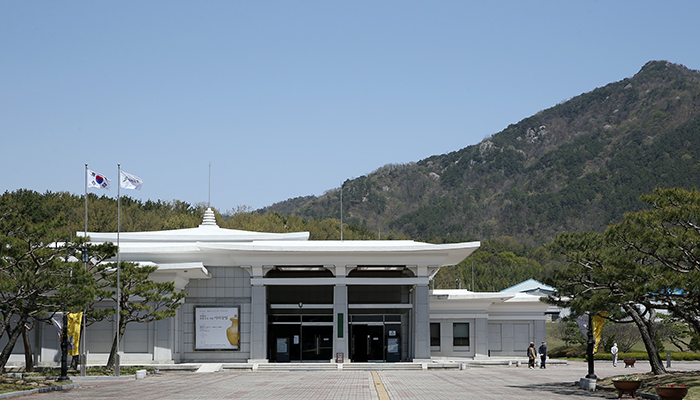 At the Mireuksaji Relics Exhibition Museum visitors can see various relics from the temple, including the container that holds the holy sarira beads. The museum is aiming to become an official national museum.

To the east of Iksan lie the Cheonho and Mireuksan mountains. To the northwest, the mountains of Hamrasan stretch to the southwest. The Geumgang River runs along the north, while the Mangyeonggang River flows along the south. Most of the region is flat. For this reason, Iksan forms a fertile plain where, during Joseon times (1392-1910), some villages were able to produce up to three “rich men,” or, “manseokkun,” men who paid taxes with 10,000 sacks of rice. Thanks to the abundant amount of agriculture and produce grown across the region, the city was recently selected as the center for the soon-to-be-completed “National Food Cluster.” 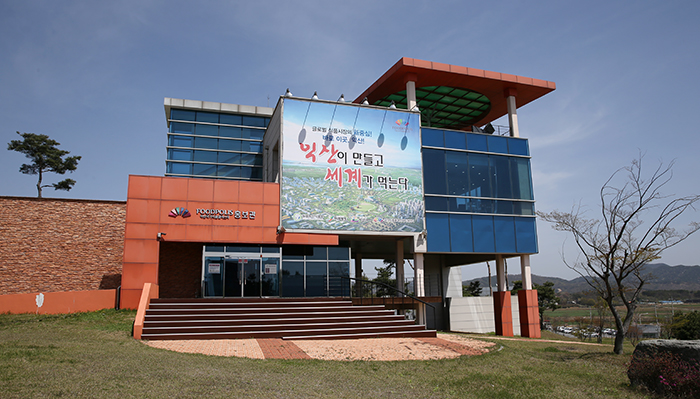 The information center for the Korea National Food Cluster project, dubbed ‘Foodpolis,’ shows what the area will look like upon completion.

Long-lasting prosperity can also be found beyond agricultural produce. Sophisticated craftsmanship can be seen in the containers that hold the Buddhist sarira beads which were unearthed at the excavated stone pagoda during archeological research into Mireuksa Temple. Hence, Iksan was dubbed, “a city of jewels.” In more recent times, the city has been leading the domestic jewelry industry for 41 years. Visitors to Iksan can buy various precious stones at the Iksan Jewelry Museum and the Jewel Palace. The city also hosts the Iksan Jewelry Expo, a special jewelry festival, and the Jewelry Marathon. 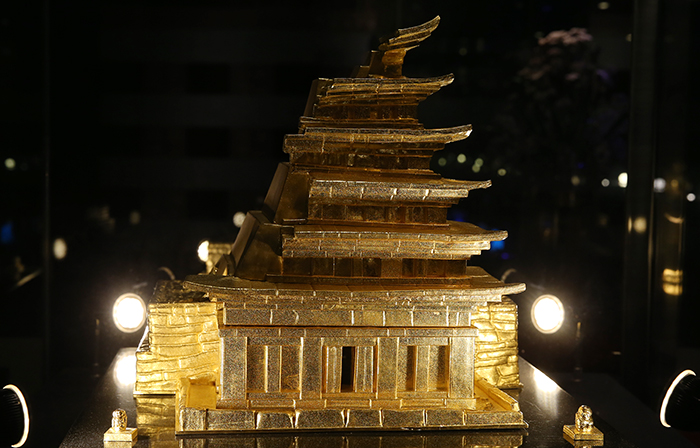 A miniature stone replica pagoda from Mireuksa Temple is on display at the Iksan Jewelry Museum. This miniature is made from pure gold.

Religion is another unmissable component of Iksan, along with Baekje and jewelry. Visitors to Iksan City can find the Nabawi Catholic Church, the Dudong Church and the central headquarters of and a history museum for Won Buddhism, a form of Buddhism indigenous to the Korean Peninsula. The Nabawi Catholic Church was built to mark the landing in Korea in 1845 of French Bishop Jean-Joseph-Jean-Baptiste Ferréol alongside Andrew Kim Dae-geon (1821-1846), the first Korean Catholic priest. People can view the traditions of Confucianism at the Dudong Church, as Confucian concepts were reflected in its construction.

Iksan City borders many other cities, like Gunsan, Buyeo, Wanju, Jeonju and Nonsan. Thanks to the Honam High Speed Railway, which opened on April 2, it takes only one and a half hours to get between Seoul and Iksan. Convenient transportation is expected to bring ever more visitors and tourists to this city of jewels.