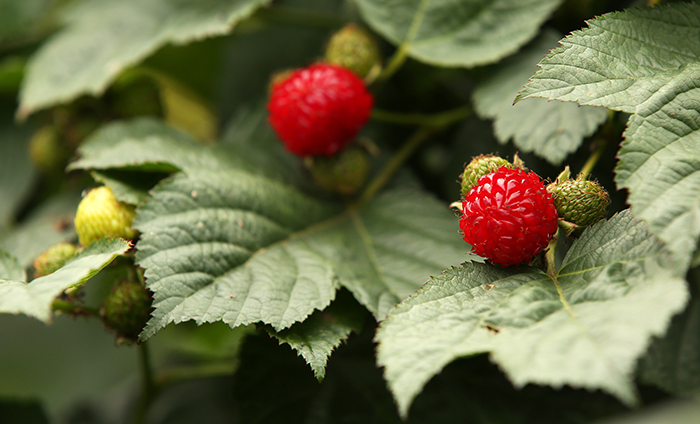 There are many locations and fables associated with King Kim Su-ro (d. 199), founder of the Garakguk Kingdom (43-532) in what is today Gimhae City. Among them are many names that begin with “Gu.” Since “Gu” (구, 龜) means “turtles,” both of the Gujiga (구지가, 龜旨歌), a song about hunting for turtles, and the Gujibong Peak symbolize the city of Gimhae itself.

Perhaps for this reason, by using the pronunciation of the word gu, but using a different Chinese character, it can be equated with the Korean word for the number nine (구, 九). Thusly, Gimhae promotes nine local specialties and nine tastes that represent the city. 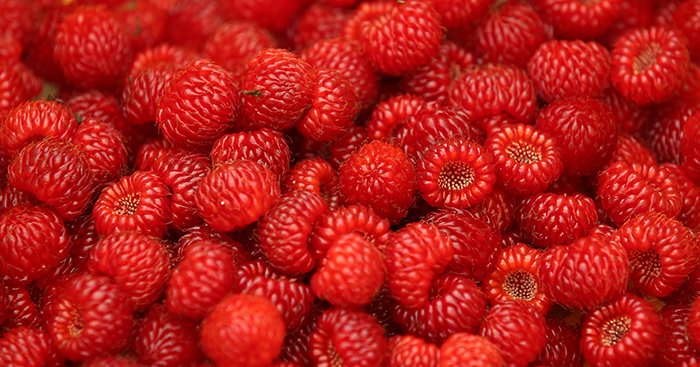 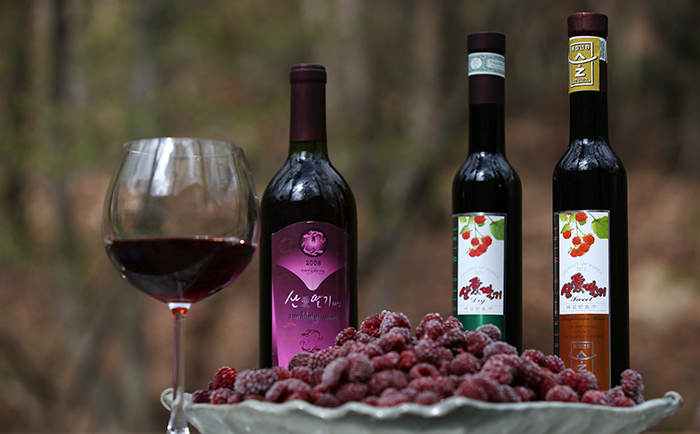 Wines and vinegars made from raspberries are produced in Gimhae.

Another iconic local specialty that symbolizes Gimhae along with raspberries is pork. Pork in Gimhae is better known as “Pork Valley pork.”
Park Soochan, of the agro-livestock division of the Gimhae City government, said, “The main characteristic and essence of Pork Valley pork is the consistent quality. Pork from Gimhae is processed under a perfect, systematic procedure, from sty to the dining table. All the meat is produced under strict and rigorous standards. People can always taste the better quality of pork from Pork Valley.” 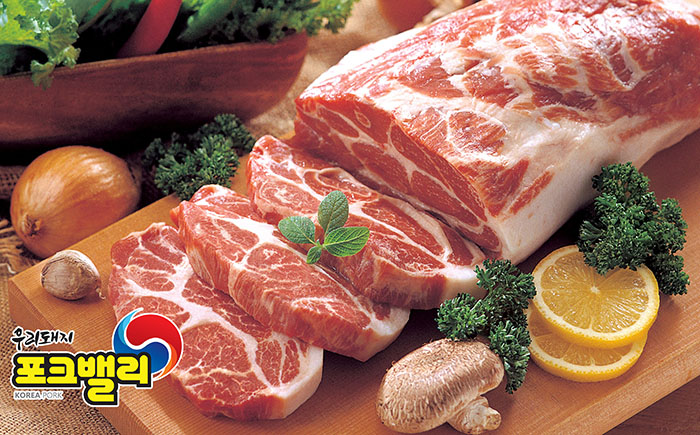 Pork Valley is the local brand for pork from Gimhae. The city inspects its pork farmers to make sure the final cuts are consistent with its high standards. (photo courtesy of Gimhae City) 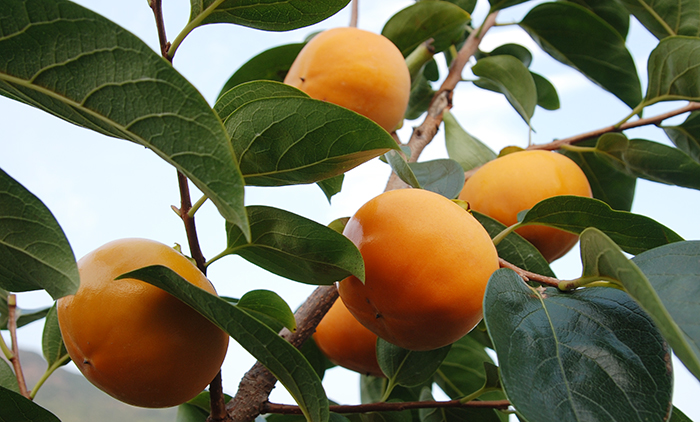 Kim said, “Sweet persimmons from Jinyeong are also one of Gimhae’s unmissable local specialties. Jinyeong is the best place to grow sweet persimmons in Korea, and has been winning steady popularity for the fruit for many years, as is reflected in our cultivation history of almost 80 years.”

Moving on from the city’s nine specialties, the city also promotes its nine flavors, or tastes. Jinyeong-eup in Gimhae City is famous for its beef ribs, one of the nine tastes of the city. Beef rib restaurants began moving to Jinyeong in the 1970s, thanks to the tender meat available locally which is then marinated with a mild seasoning. Today, tens of beef rib restaurants line a 700-meter street in Jinyeong, bringing to travelers from far and wide the taste of Gimhae ribs. 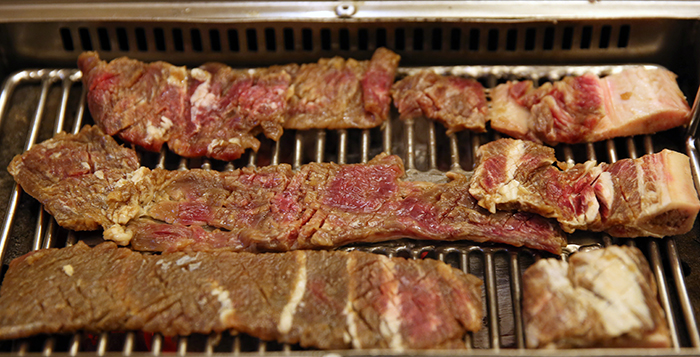 Beef ribs from Jinyeong represent one of the nine tastes of Gimhae, along with Gimhae dwitgogi, a local pork dish. 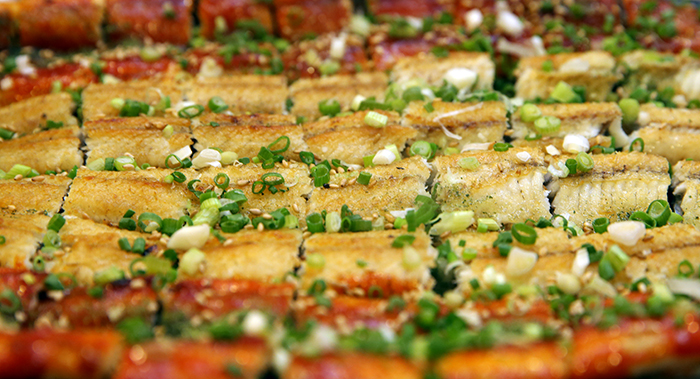 The above photo shows buram jangeo, an eel dish made with eels caught in the Nakdonggang River. The dish is so popular that the city administration designated a special neighborhood for eel restaurants.

Eel restaurants that serve buram jangeo, a local eel dish, are located along the Nakdonggang River, serving up another one of the must-eat tastes of Gimhae City. The dish is so popular that city officials created a special neighborhood for the dish, thanks to its one-of-a-kind seasoning that can’t be found anywhere else. The hot and spicy seasoning of the eel dish doesn’t affect the singular taste of eel meat, while cutting down on oils and boosting the light and clean flavors.

Other popular foods in Gimhae is the pork dish dwitgogi, the kalgulsu noodle soup available in the Dongsang Market, the Hallim hwapo megiguk, the Daedong duck stew, the chicken feet alley in Seosang-dong and the whole chicken soup, or dak-baeksuk, available in Jillye.