The city of Gimhae in Gyeongsangnam-do (South Gyeongsang Province) has an upcoming series of festivals that highlights its 2,000 years of history. The Gimhae National Folk Bullfight Festival and the Gimhae Buncheong Ceramics Festival bring to life both agricultural and artistic traditions, respectively, from across the region. In addition to these two, the Gaya Culture Festival celebrates the life of King Kim Suro, the founder of the Gaya Confederacy (42-562).

The 22nd National Folk Bullfight Festival will be held from April 30 to May 4, reenacting traditional bullfights. A total of 180 bean-fed bulls, raised in ranches from across the country, will fight in three different classes: Baekdu, Hangang and Taebaek. There will be 181 games in total. 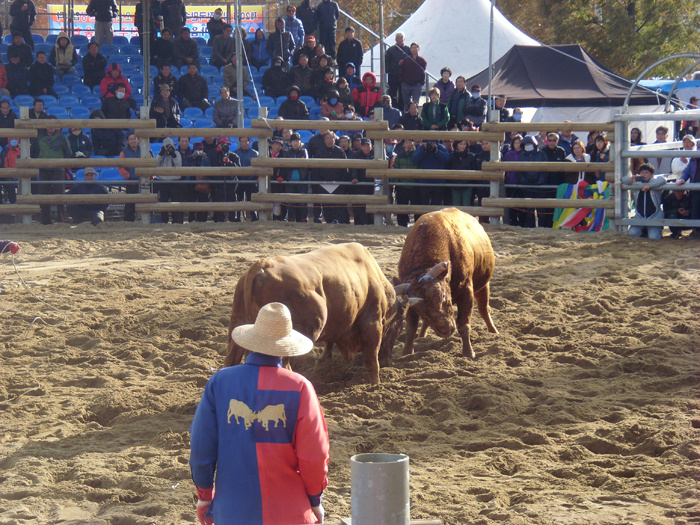 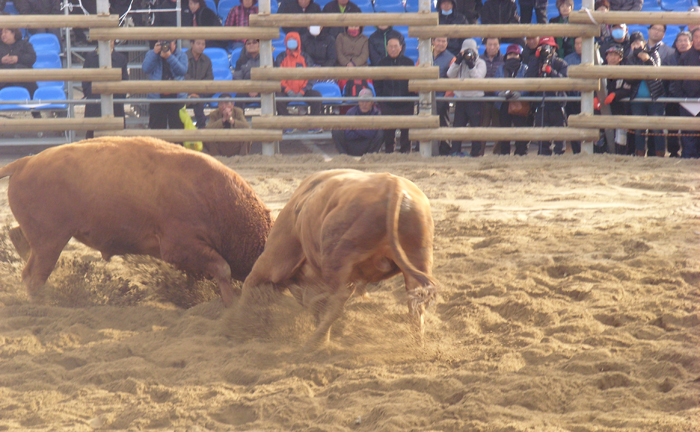 The festival is closely related to the history of Gimhae, once the capital of the ancient Gaya Confederacy. Cow bones have been found in the shell mounds at the Bonghwangdong Historic Site. The shell mounds began in the 4th century B.C. and are evidence that cows and bulls were very important to people’s lifestyles in ancient times. Cows were an essential part of agriculture and were considered a great financial asset. Gimhae is famous as a breeding place for cows, and the city raises more cows than any other region in Gyeongsangnam-do.

Traditionally, bullfights were held on sandy beaches along the Nakdonggang and Namgang rivers. In bullfights, bulls that show their back to their opponent are considered losers. In principle, fighting bulls are not slaughtered afterward.

Along with the Gimhae National Folk Bullfight Festival, the Gaya Culture Festival (www.gcfkorea.com) is held at almost the same time. The 39th Gaya Culture Festival will be held at the Daeseong-dong Tombs, the Sureungwon Forest and the Haebancheon Stream, all in Gimhae, from April 29 to May 3. 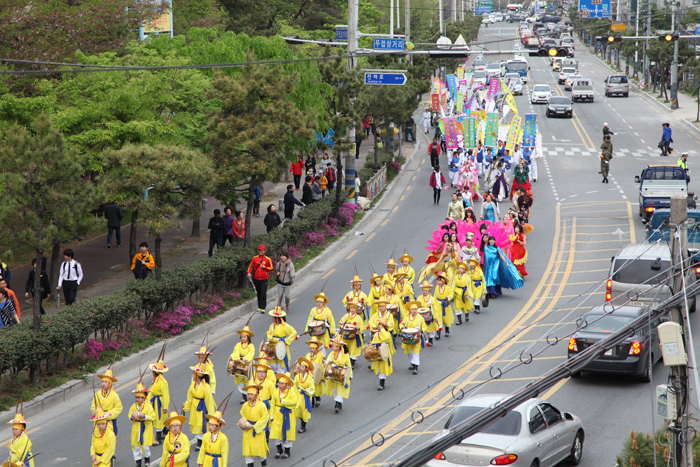 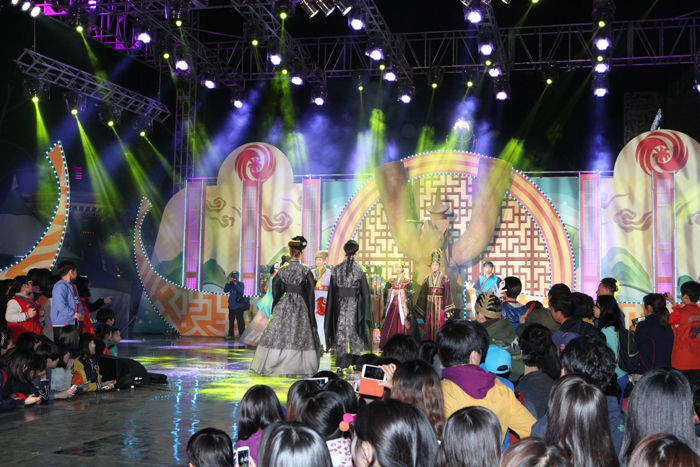 A parade reenacting the marriage of King Suro and Queen Heo and a Gaya fashion show are some of the highlights of the Gaya Culture Festival.

The Gaya Culture Festival consists of opening and closing ceremonies, a parade reenacting the marriage of King Suro and Queen Heo, a Gaya fashion show and fireworks, among other things. The parade, one of the highlights of the festival, starts at the Bonghwandong Historic Site and ends atop a special stage set up at the Daeseong-dong Tombs, a route that extends 2.8 kilometers.

There are many activities surrounding the history of Gaya. Visitors can participate in forging ironware in a blacksmith’s shop, play folk games and try traditional musical instruments, and try on Gaya costumes. Some 50 artists from India, China, Japan and Russia will take part in performances on the main stage at the Daeseong-dong Tombs during the festival. A barge will be floated down the Haebancheon Stream, replicating the ship on which Queen Heo travelled to Gaya from India. Visitors will be able to ride on the barge, too. On April 30, ancestral rites to pay respect to King Suro will be performed at his royal tomb. 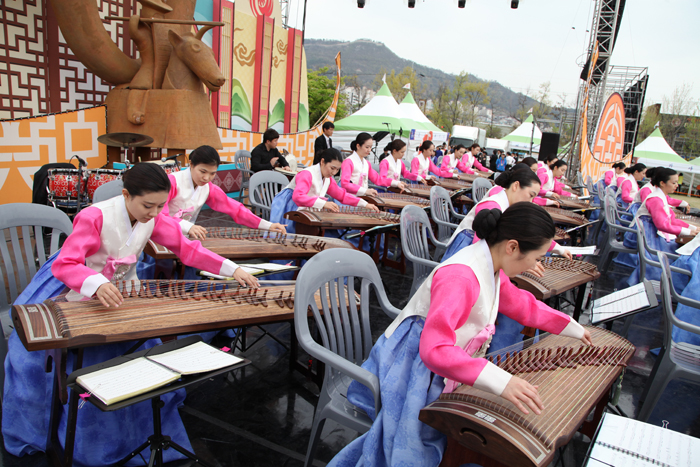 Musicians perform on the 12-stringed zither during the Gaya Culture Festival. 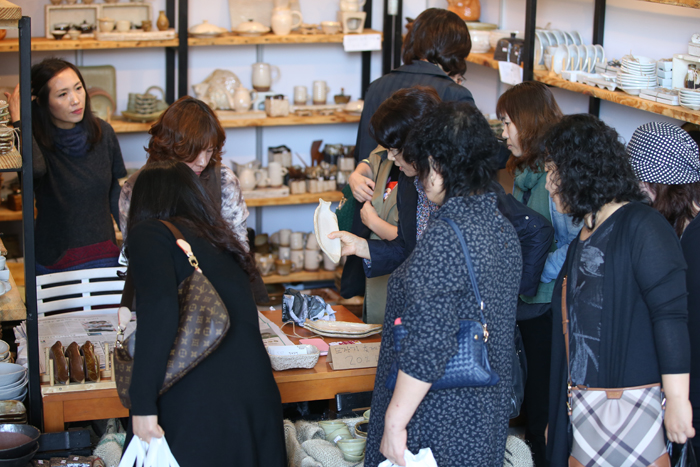 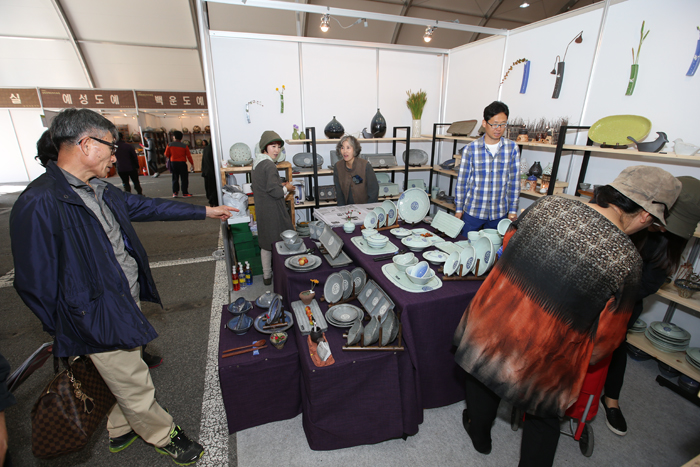 Visitors look around ceramics at the Gimhae Buncheong Ceramics Festival.

Bucheong sagi was widely used in the transition period in the 15th and 16th centuries when celadon gave way to white porcelain. It may look clunky, but the forms and patterns on the porcelain are versatile and made with great freedom.

Grayish-blue-powdered celadon from Gimhae was commonly used at home during Joseon times (1392-1910), but the art was largely lost after the invasions of Korea from 1592 to 1598. Potters started forming artist communities in Gimhae after the festival began, and now the tradition has come alive once again. Some 80 workshops will participate in the festival and display their ceramics. Visitors can also try to make their own ceramics during the festival. 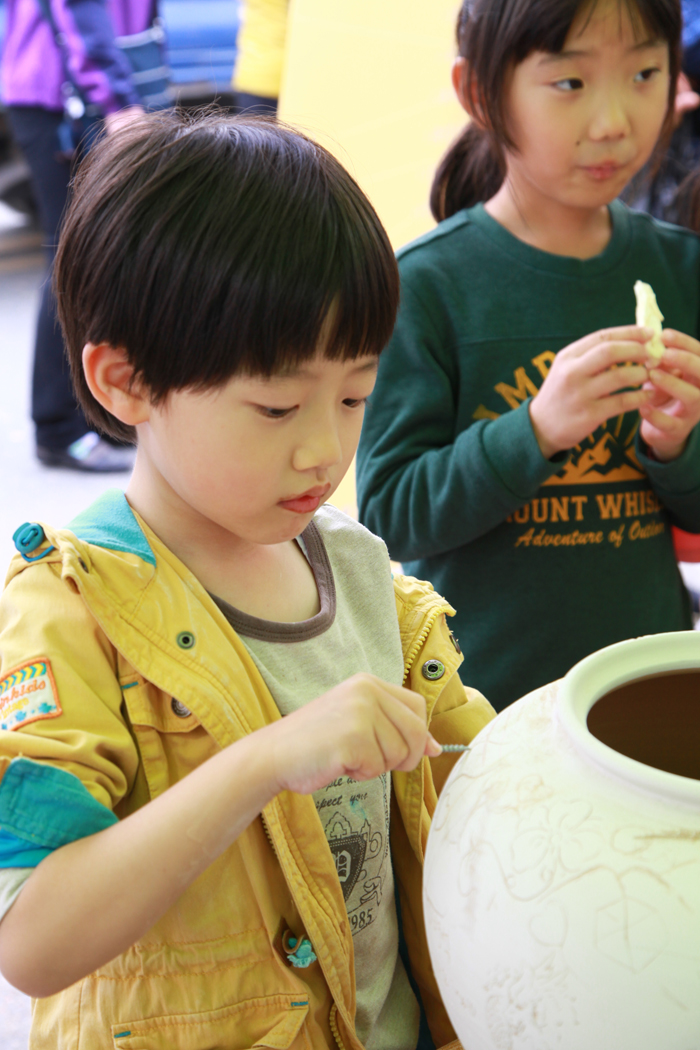 A young potter engraves an inscription on a porcelain vase.