The Tripitaka Koreana, a UNESCO World Heritage item, is currently stored at Haeinsa Temple, nestled along the slopes of Gayasan Mountain. It is one of the most important heritage items from Hapcheon-gun County in Gyeongsangnam-do (South Gyeongsang Province).

The Tripitaka Koreana (팔만 대장경, 八萬 大藏經) is a collection of woodblocks that have on them printed texts from the Buddhist canon, criterion for his students and detailed explanations about the canon. The Tripitaka Koreana consists of a total of 81,258 woodblocks. It was printed late in Goryeo times (918-1392) in the hopes that the nation would successfully overcome attacks from the Mongolian Empire. It’s estimated that all the woodblocks together would weigh around 280 tons and reach a height of 3,200 meters if stacked upon one another. That’s higher than the peak of Baekdusan Mountain, the nation’s highest point at 2,750 meters. 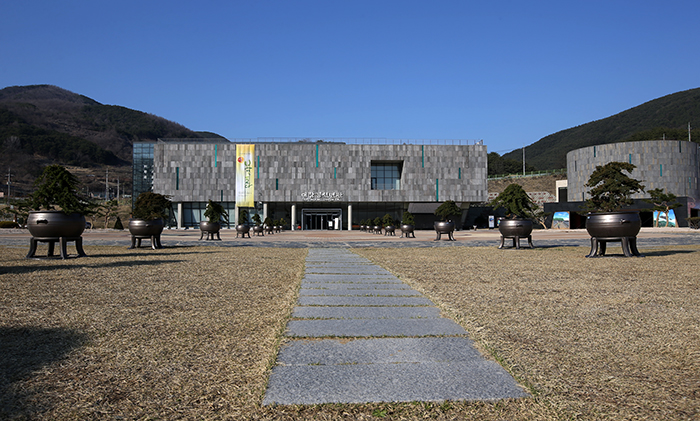 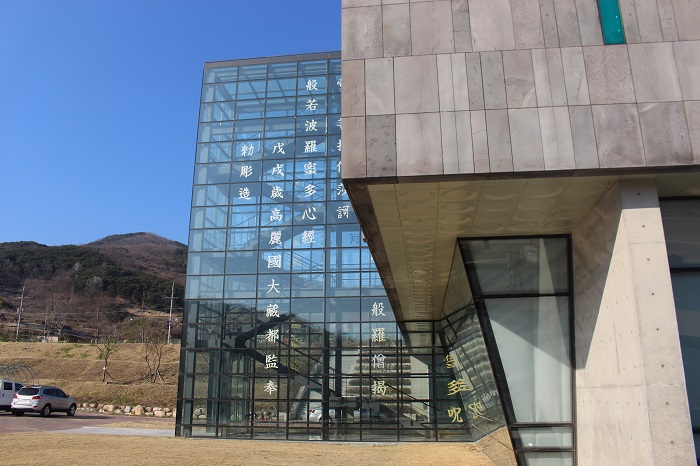 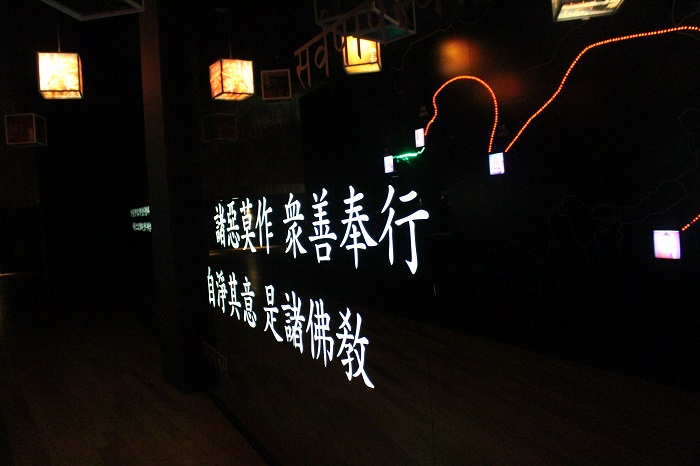 A museum for the Tripitaka Koreana is located in Gaya-myeon, in Hancheong-gun County, South Gyeongsang Province. It has on display comprehensive information about the ancient Buddhist texts. Visitors can learn about the 16-year-long, step-by-step process of how it was produced.

The Tripitaka Korea and its depository are not directly open to the public. Nonetheless, they still attract a large number of tourists all year round. Many people want to learn about these woodblocks that have been preserved in their original state for more than 800 years without being spoiled or changed.

A small museum and information center concerning the Tripitaka Koreana is located near Haeinsa Temple. It is a good place to learn about all the details concerning the ancient Buddhist text. Constructed a couple of years ago in commemoration of the typography used in the text, it has every detail about the Tripitaka Koreana on display. It explains the origins of the Buddhist canon every step of the production process to carve each woodblock, the proofreading, the binding, all the way through to how the text has been preserved throughout the generations due to the depository’s scientific construction.

A replica of the old Seoul Station is in the Hapcheon Movie Park. It stands in contrast to the remodeled glass and steel building currently found in downtown Seoul.

The Hapcheon Movie Park, a giant outdoor studio for movies and soap operas, offers a glimpse into the capital, Seoul, as it modernized and urbanized throughout the 20th century. The buildings and cityscape sprawling across the giant studio brings back vivid memories of the past, from the 1920s through to the 1980s. Opened in 2003, the studio has become the shooting location for more than 120 movies, soap operas and commercials, including “The Brotherhood of War” (2004), “C’est Si Bon” (2015) and “Sunny” (2011). 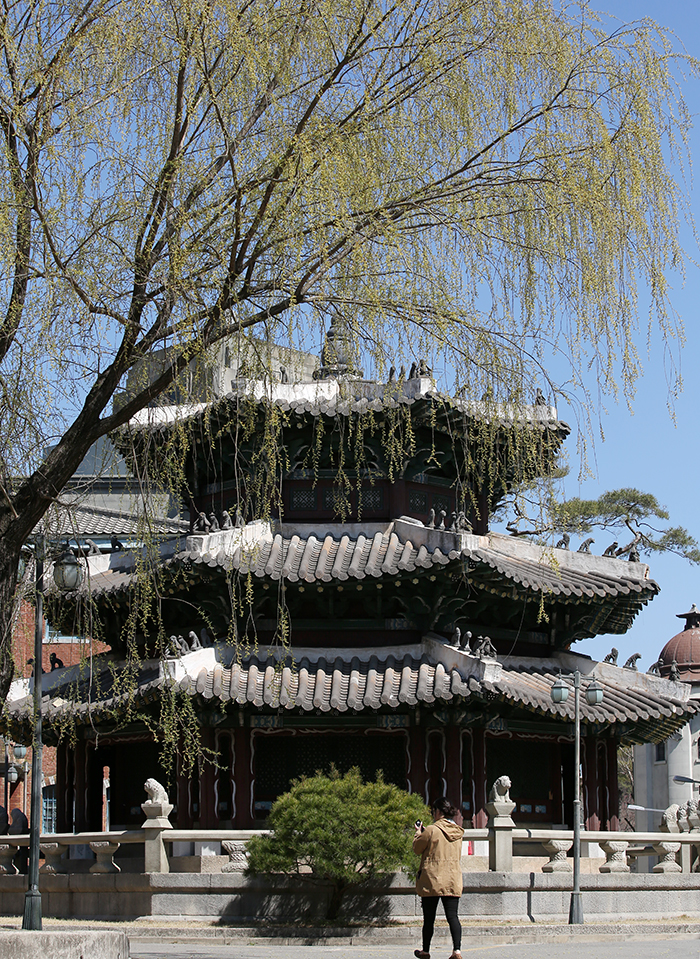 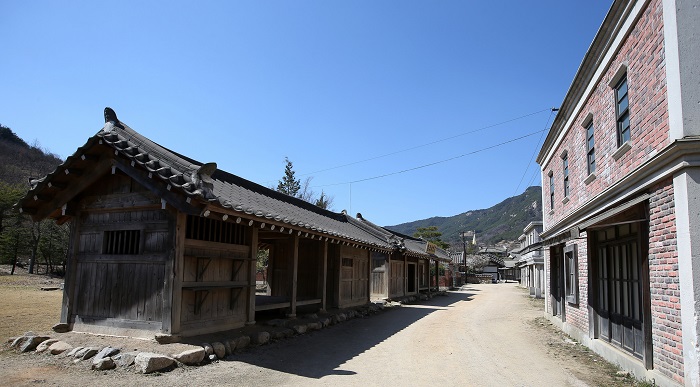 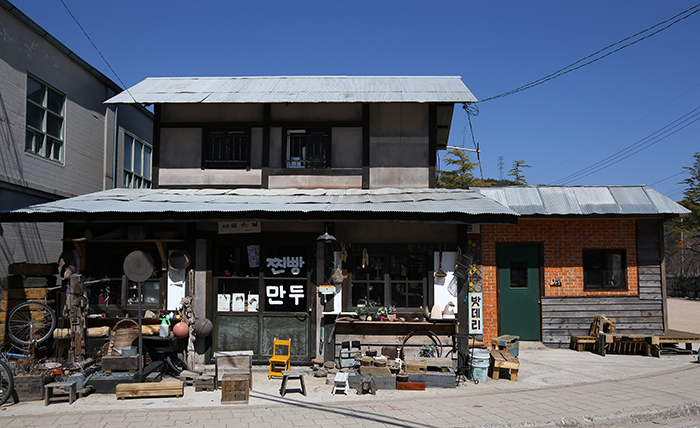 The Hapcheon Movie Park vividly recreates the cityscape of Seoul from the 1920s through to the 1980s. Pictured are the Hwangudan Altar (top) where Joseon kings used to perform ritual ceremonies, a street lined with old houses (center) and a street stall that sells a variety of products.

The outdoor studio is adorned with many colonial era Japanese-style houses, hospitals and tiny streets & alleyways, associated with the poverty of the past. Reconstructions of some famous Seoul locations that have since been torn down or remodeled, such as Seoul Station, the Bank of Korea building and the Paichai lecture hall, are all on display at the studio park. There is also a 1960s street tram similar to ones that operated in Seoul and Busan, one of the most popular attractions at the park. It runs twice a day on weekdays and six times a day on the weekends.

The park has an old theater that shows news broadcasts and commercials that used to be on air in the 1960s or the 1980s. It showcases colorful circus performances and offers some hands-on experience programs. Every Friday, tourists can rent a school uniform from the 1970s or 1980s, giving them a chance to go back to their school days. With such attractions gaining popularity, hundreds and thousands of tourists flock to the outdoor studio from the nearby cities of Daegu and Jinju on the weekends. 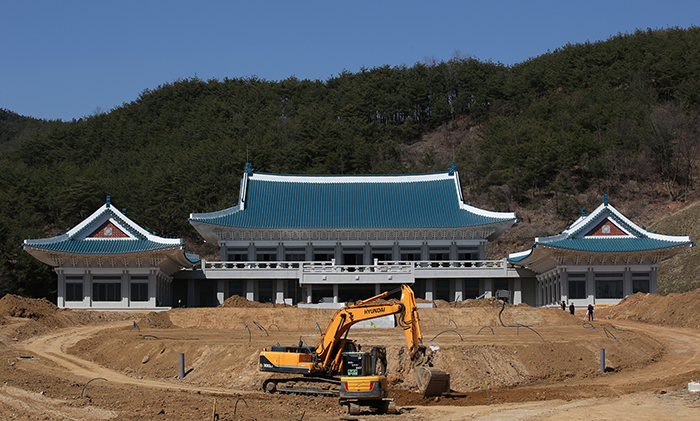 A scale model of Cheong Wa Dae is being constructed at about 67 percent of the original’s size.

Currently, there are plans to further expand the outdoor studio. A scale model of the president’s office, Cheong Wa Dae, about 67 percent of the original’s size, is being constructed as well.

There are no factories or industrial facilities of any note in Hapcheon-gun County. This is largely due to its inland location and to the fact that it’s surrounded by high mountains. The county makes up for its industrial shortcomings with strategies aimed at developing the film industry and focusing on the region’s traditions, old homes and cuisine.

Things to eat in Hapcheon 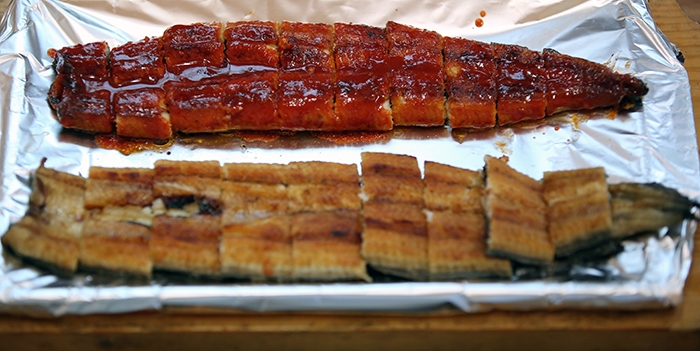 Grilled and spicy eel, or jangeo-gui, is known to be good for one’s stamina. 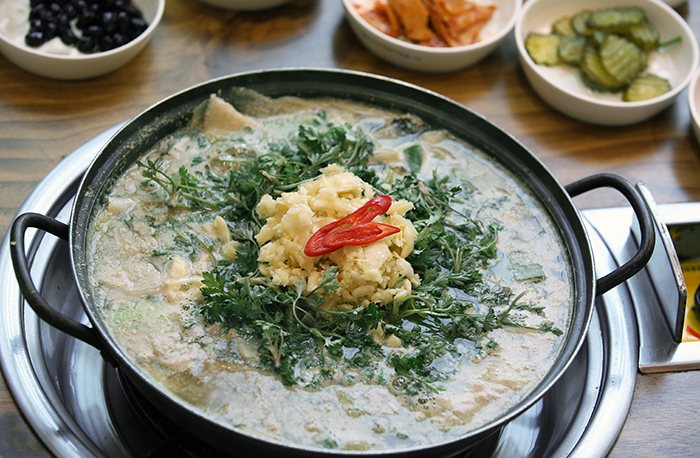 Mugwort soup is especially popular in the spring because it helps relieve ‘spring fatigue.’ 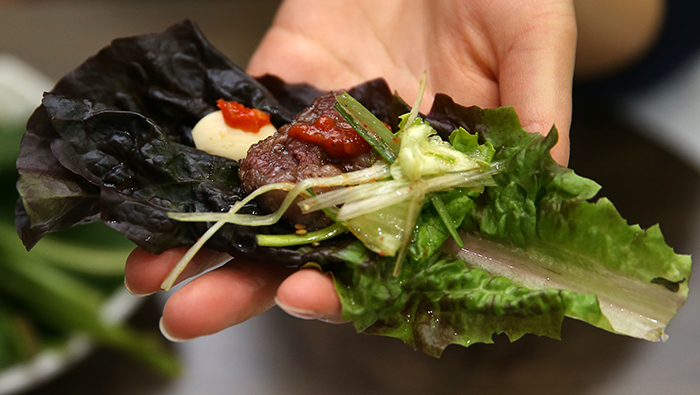 A slice of grilled beef is wrapped in lettuce. 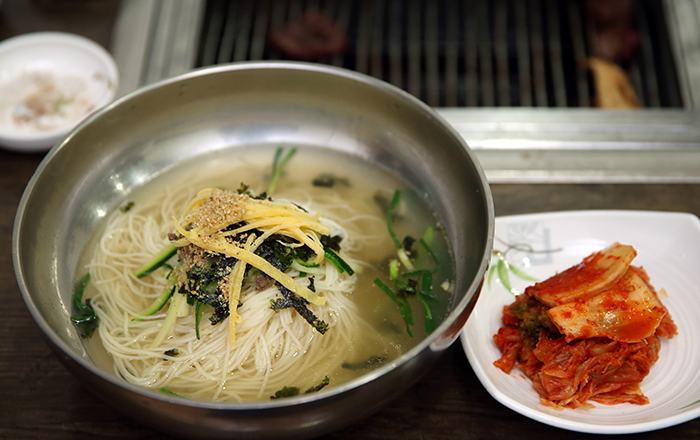 A bowl of savory noodles is served after the beef, to help freshen your palate.

*How to get to Hapcheon
From Seoul: You can take intercity bus from Seoul Nambu Terminal and it takes about four and half hours. 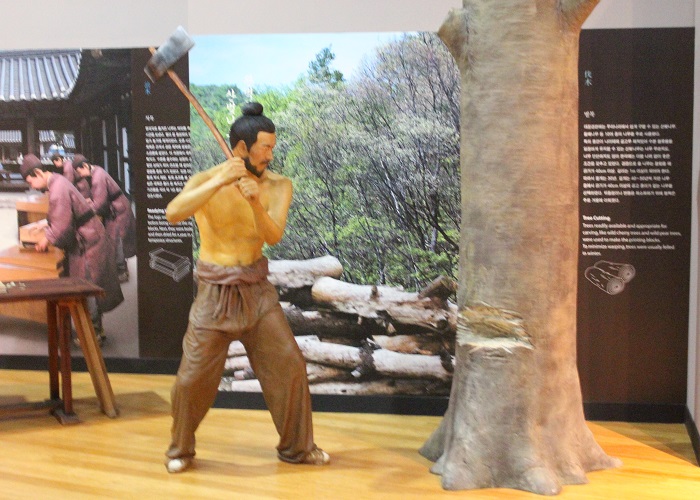 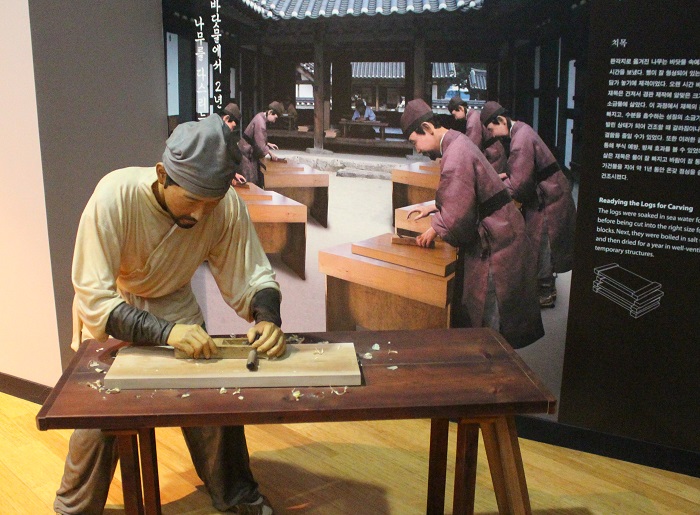 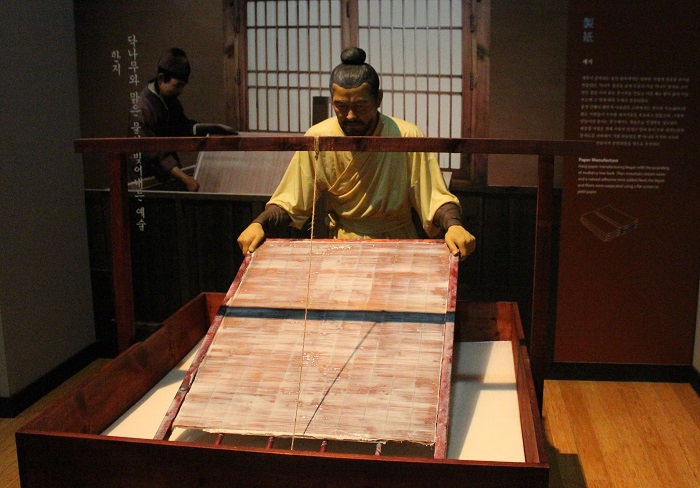 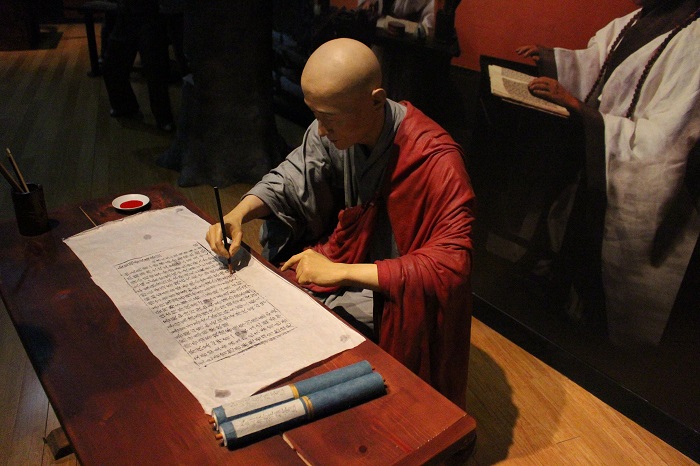 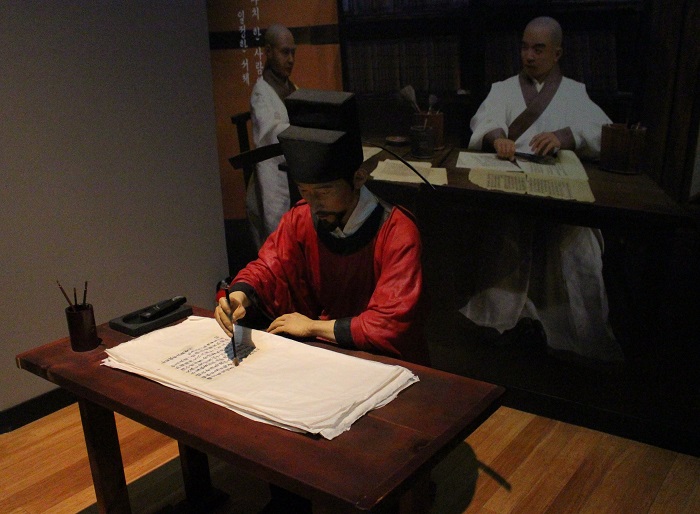 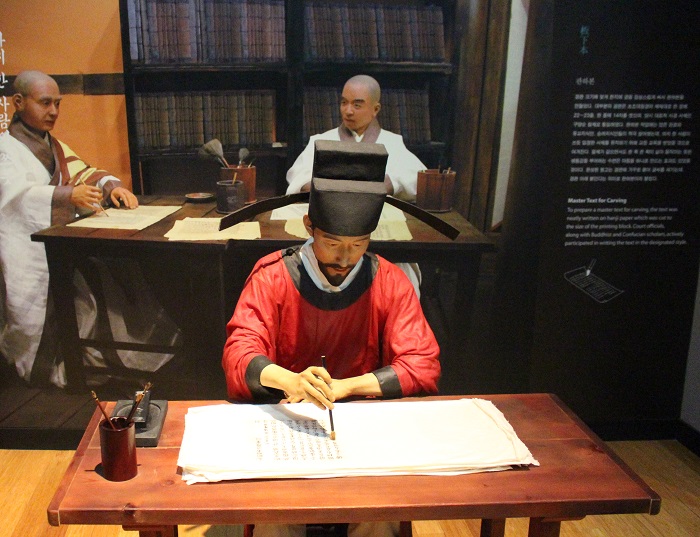 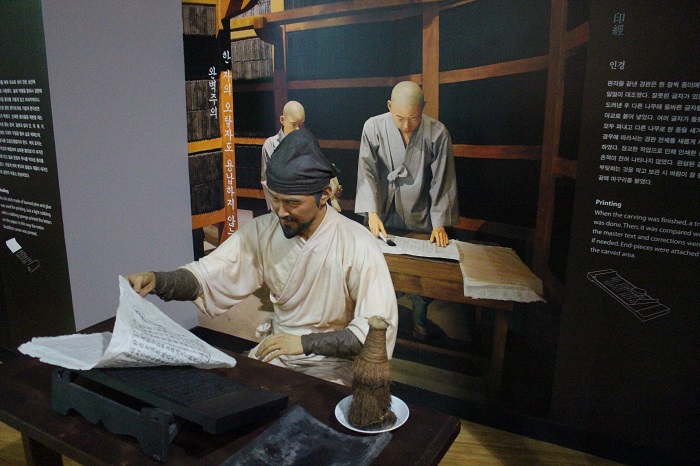 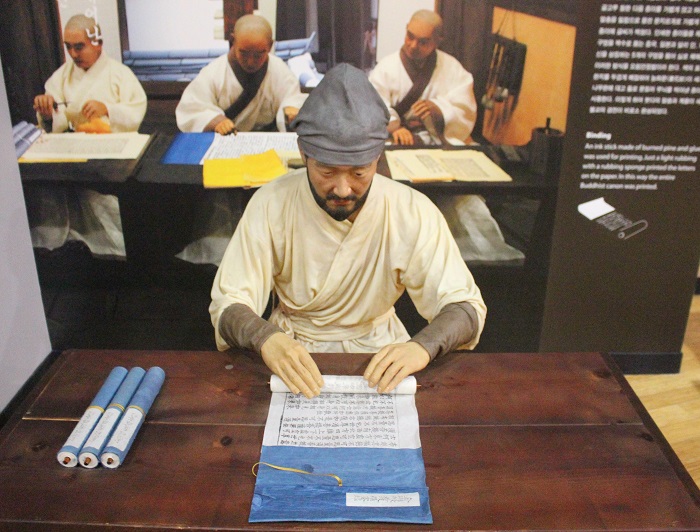