Located in the northwestern part of Gyeongsangnam-do (South Gyeongsang Province), Hapcheon-gun County is clean and tranquil. At the same time, it’s been recognized for being home to numerous relics and heritage items, including Haeinsa Temple, an ancient Buddhist temple with more than 1,000 years of history, and a number of famous local Confucian schools, or seowon, built during Joseon times.It’s known that the arts and society flourished in the region ever since ancient times. During the Proto-Three Kingdoms period (100 B.C.-A.D. 300), the area was called Byeonhan, a major industrial zone and the main iron-producing area on the peninsula. Afterwards, the Dara kingdom, part of the Gaya Confederacy, developed in the area until the 6th century before it was integrated into the rising Silla Kingdom. Therefore, abundant archaeological items from pre-historic times, the Bronze Age and the Iron Age are scattered widely across the county. 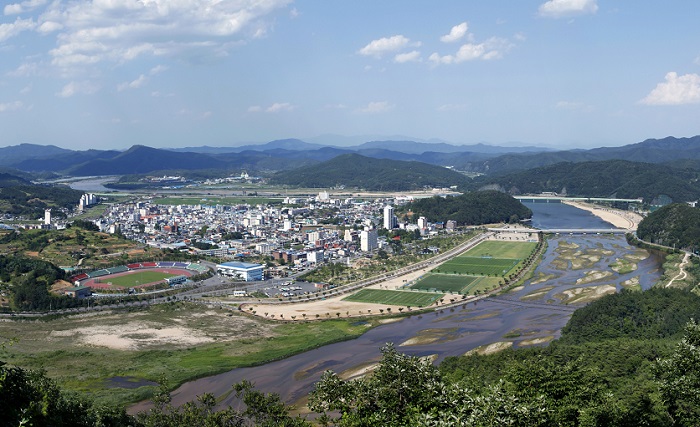 Hapcheon-gun County in South Gyeongsang Province is surrounded by numerous mountains and a river flows through the town.

The total land area of Hapcheon is some 984 square kilometers, about 1.6 times larger than the official boundaries of Seoul proper. However, it’s only home to a population of around 49,000. More than two thirds of the county is encompassed by mountains. Among them is the celebrated Gayasan Mountain, which stands at a height of 1,430 meters. According to the “Taekniji,” a geographic text from the late Joseon period, “Gayasan Mountain in Hapcheon shows a series of rocky peaks which look like sparks flying up in the air. The high mountain offers a grand view.” Gayasan Mountain is not alone to be recognized in the county. There are also Maehwasan Mountain and Hwangmaesan Mountain, which both create particularly picturesque landscapes in the spring when they are covered with a pink blanket of royal azaleas.

Located in the northern part of the county, Gayasan Mountain has long served as an important natural guardian to the region. Alongside the mountain, the Hwanggang River, a tributary to the Nakdonggang River, the largest river in the country, flows through the center of the region, protecting it from outside enemies. This geography has made it an important strategic point, even before Korea’s Three Kingdoms period (57 B.C.-A.D. 668). The Hwanggang River is to Hapcheon what the Hangang River is to Seoul. It, indeed, brings life to the people of Hapcheon. There is fertile soil, rice paddies and wetlands around the river, offering a living environment for numerous creatures.

Hapcheon has some symbolic local specialties, including beef, pork, rice, paprika, iced-strawberries, onions, wheat and ceramics. The cattle that feed on plants grown in its red clay are particularly worthwhile to try. Also, Hapcheon has become the first region in the country to succeed in growing paprika, all of which is exported to Japan. Strawberries cultivated in the area are sent directly into the flash freezer, being made into ice cream and purees. It’s well-received in Hong Kong, Southeast Asia and Australia. 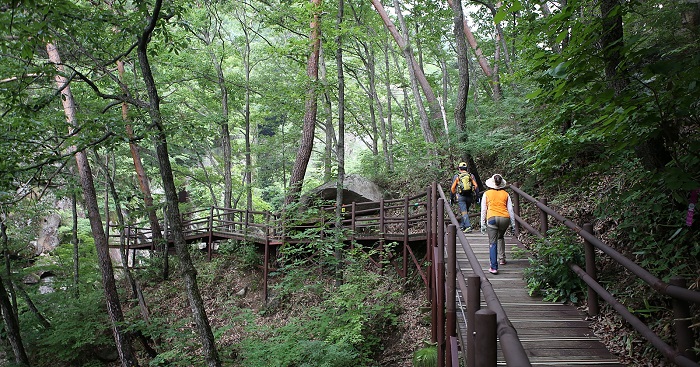 The Sorigil, or, ‘Sound Trail,’ which leads to Haeinsa Temple offers visitors a chance to get closer to nature.

Surrounded by high steep mountains, Hapcheon is home to two UNESCO-registered cultural heritage sites. They are the Tripitaka Koreana (팔만 대장경, 八萬 大藏經) and its depositories. Published in the 13th century during Goryeo times, the Tripitaka Koreana was officially called the, “Goryeo Dae-jang-gyeong.” It’s better known as the “Palman dae-jang-gyeong‘ in Korean. The word “Palman” refers to the number of woodblocks, over 80,000. At the same time, the name also symbolizes the supposed 84,000 agonies that humans suffer from during their lifetimes, and also the 84,000 Buddhist writings that include Buddha’s various discourses on reaching nirvana. People believed that producing a collection of Buddhist scriptures would bring the mercy of Buddha and help them rise above the attacks from the Mongolian Empire.

The Tripitaka Koreana and its depositories are two world heritage items that represent Hapcheon-gun County. 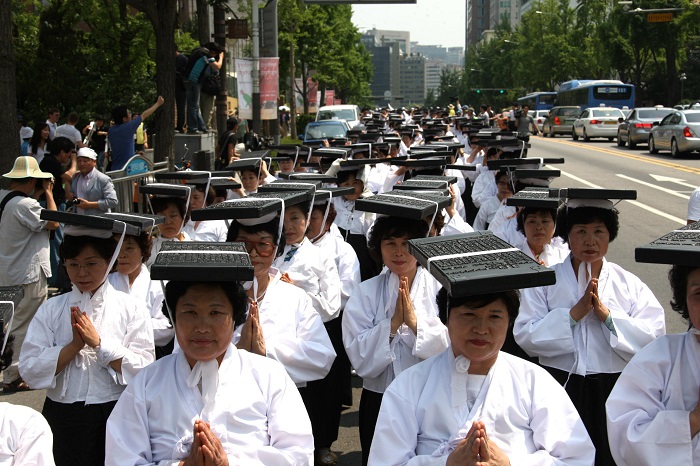 A reenactment of the Tripitaka Koreana’s delivery ceremony takes place in Hapcheon-gun County. The woodblocks, originally stored on Ganghwa-do Island in Gyeonggi Province during the 15th century, were presumed to have been delivered to the county either by land or sea via Seoul.

Along with the woodblocks, the depository housing the woodblocks was built in the 15th century. It’s able to preserve the blocks in their original state thanks to its remote location deep in the mountains. Recognized for its logical and scientific design, that also makes the most of nature, the two world heritage items were added to UNESCO’s list in December 1995.

Surrounded by Mother Nature and time-honored traditions, Hapcheon was selected as one of the best travel attractions in Korea by the Michelin Green Guide and by a number of other tourism organizations. 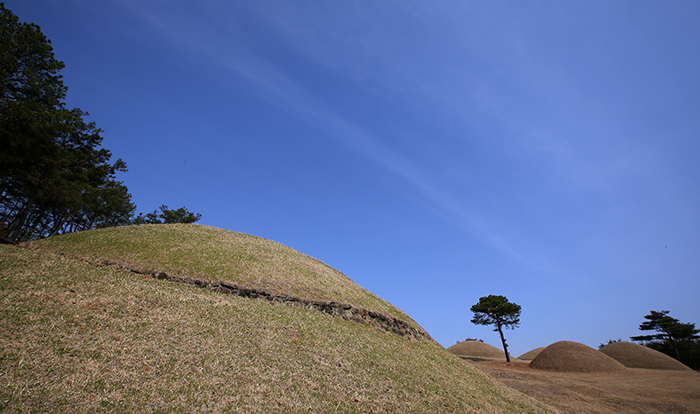 A variety of iron artifacts, including armor, helmets and swords from the Gaya Confederacy, are excavated from the Okcheon Tombs.