There is a remote pair of distant islands located in the middle of the southern edge of the Korean Peninsula: Namhaedo Island and Changseondo Island. Together, they comprise Namhae-gun County, a small town in Gyeongsangnam-do (South Gyeongsang Province) with a population of approximately 49,000 and an area of some 358 square kilometers.

The region was connected to the mainland for the first time only in 1973 when the Namhae Bridge was completed, linking Namhae-gun County with Geumnam-myeon in Hadong-gun.

In 1980, another bridge, the Changseon Bridge, was constructed to connect Namhaedo Island and Changseondo Island.

Finally, the region, once again, was linked to another part of the mainland in 2003 when the Changseon-Samcheonpo Bridge was built, linking Changseondo Island with the city of Sacheon.

The Changseon-Samcheonpo Bridge links Changseondo Island to the city of Sacheon in Gyeongsangnam-do. The bridge stretches 3.4 kilometers.

Namhaedo Island is the fourth largest island in the country, following Jeju, Geojedo and Jindo Islands. Covering about 26 kilometers from east to west and about 30 kilometers from north to south, the two main islands of the county constitute a mountainous region. There are 79 islets in the vicinity, including three inhabited islands and 76 uninhabited rocks.

Girded by the sea on all sides, the region is abundant with fishery resources, making it the best spot for aquaculture, as well as for off-shore fishing, too. A variety of fish and seafood — black rockfish, flatfish, abalone, ark shell, oyster, sea mustard, manila clam — are raised along the coastline, stretching for about 302 kilometers. In the coastal waters, black porgy, Japanese Spanish mackerel, flounder and anchovy are also fished. 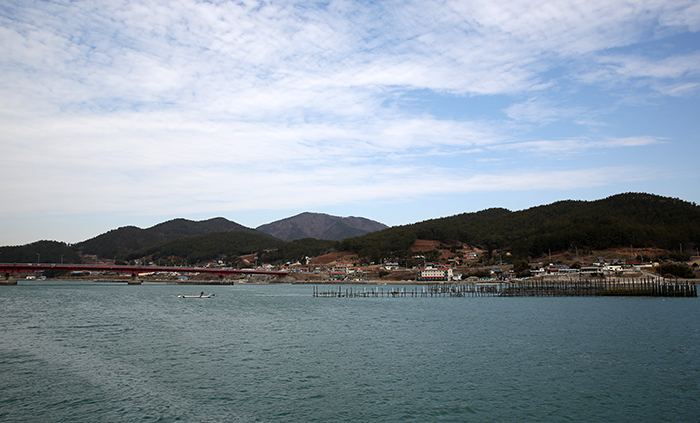 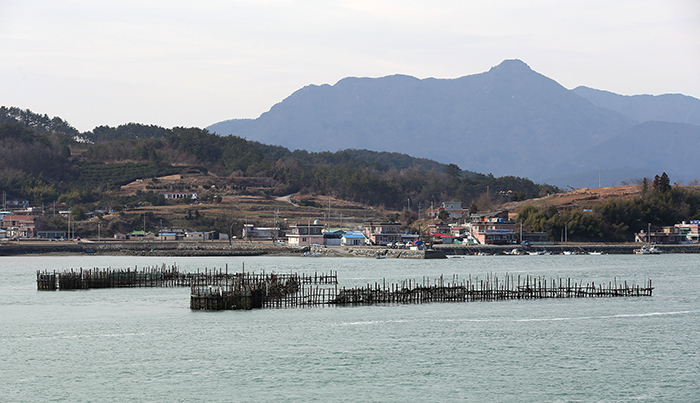 Fishermen use a traditional jukbangnyeom style of fishing to farm anchovies, taking advantage of the strong currents and shallow waters of the southern coast.

The region also retains its traditional jukbangnyeom method of fishing using bamboo weirs. The method dates back more than five hundred years. Bamboo weirs are built in a V formation, with a round wooden net being tied to the edge. The net allows the fish to easily move along with the fast currents into the net, but their escape route is cut off. The fishermen then pull up the catch during the ebb tide. Anchovies caught off the coast are firm and have a better taste, it is said, as they swim against the strong currents. A catch of anchovies via thejukbangnyeom nets is in such demand and is in so little quantity, they sell at a higher price than anchovies caught using other methods.

As well as fishing, farming is one of the region’s main industries, too. Despite a small amount of land, only some 23 percent of the county’s total area, people cultivate terraced farmland along the steep mountains, where they cultivate a wide range of produce, such as garlic, rice and sweet potatoes by means of a two-crop farming method. Garlic produced here, in particular, accounts for seven percent of the total production nationwide. Yuzu raised in the region, too, is excellent in both taste and flavor. Alcoholic beverages and tea products made from the fruit are sought-after across the nation.

In 1598, the Battle of Noryang, the final naval battle of the Japanese invasions that began in 1592, was fought off the coastal waters of Gwaneumpo, the northern part of Namhaedo Island. Admiral Yi Sun-sin (1545-1598) died in the battle. At Gwaneumpo Harbor, there is a memorial site dedicated to Yi and his deeds. His body was laid to rest on land for the first time here. 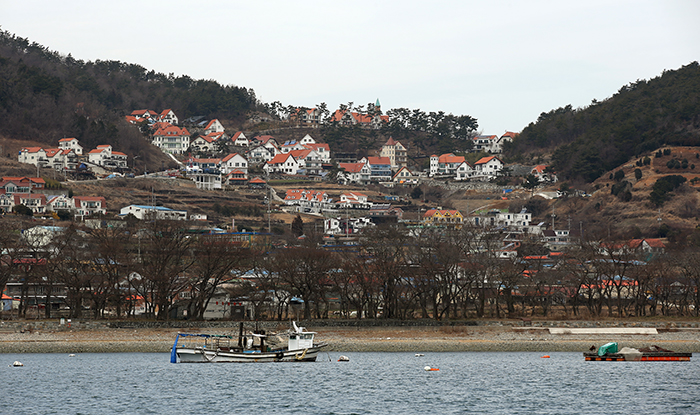 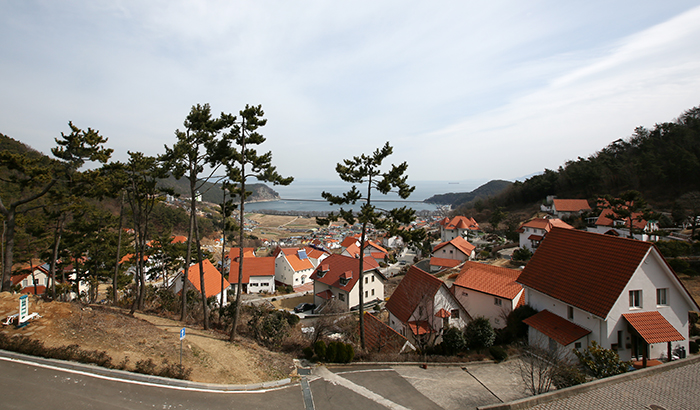 The so-called ‘German Village’ stretches across Mulgeon-ri in Sangdong-myeon, Namhae-gun County. Many former miners and nurses who worked in Germany in the 1960s and 1970s founded the neighborhood.

There is a special neighborhood in the island county. It’s the so-called “German Village,” designed for people who were dispatched to Germany between the 1960s and 1970s to work as miners and nurses. Stretching across Mulgeon-ri in Sangdong-myeon, the village has German-style residences built with materials imported directly from Germany. 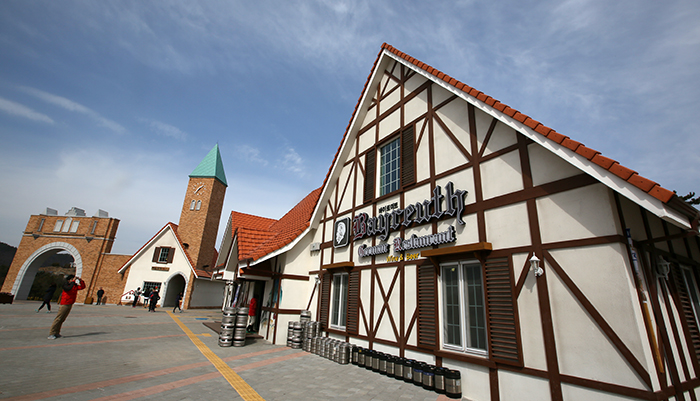 Every October, the village hosts an Oktoberfest beer festival. Launched in 2010, the beer festival serves to promote the province worldwide. During the celebration, residents, clad in traditional German costumes, participate in a street parade.

How to get to Namhae-gun County.