A new smartphone application is winning popularity among mainland Chinese tourists travelling in Korea. The app provides information about tourist attractions and information about discount vouchers in major shopping districts. Users can also book a package tour at a travel agency, all using the “玩转韩国,” or, “Fun Korea,” app.

Since first launching in the Google Play Store on December 7, it has received an average user rating of 4.5 stars, as of December 22. Made by Korea’s BC Card, the app was developed using an Application Programming Interface (API) developed by SNBSOFT. An API is an operating system or a group of programming languages that create a new application program or system. 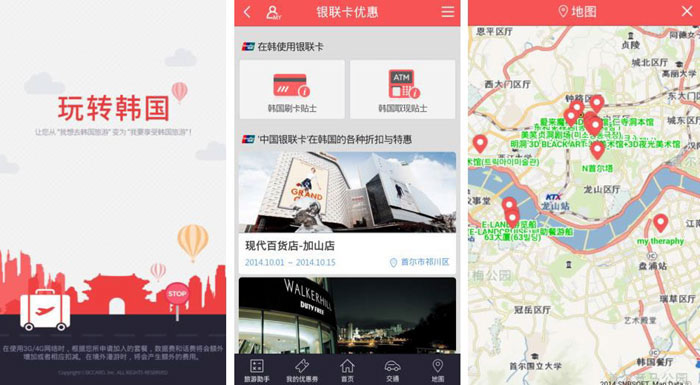 ‘Fun Korea’ (‘玩转韩国’) provides information about tourist attractions and discount vouchers at shopping districts in Korea. The app is made by BC Card, backed by the Chinese map service API of SNBSOFT.

This API provides simplified Chinese language services for maps of Korea targeted at Chinese tourists. It provides data on various shop names and names of places and locations.

To develop the API, SNBSOFT used 66,000 public datasets provided by Korean public organizations such as the Korea Tourism Organization (KTO), Korail, the Seoul Metropolitan Government, the Ministry of Government Administration & Home Affairs, the Jeju Special Self-Governing Province and others. The data include a dictionary for translating tourism terms from the KTO into foreign languages, and a database of Korail train station names in foreign languages. The API also provides highly accurate translations between simplified Chinese and Korean. All information is written in the simplified Chinese characters commonly used by mainland Chinese people. 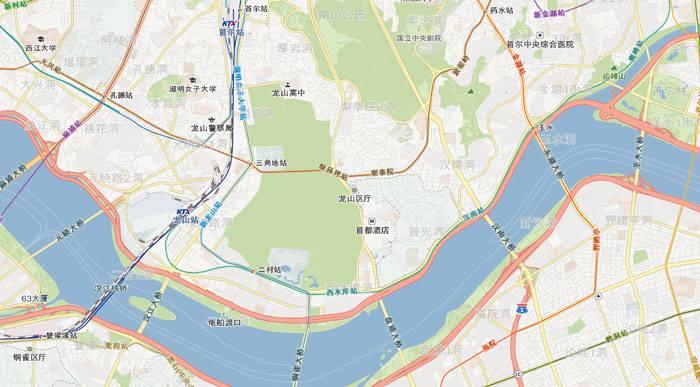 The above image shows a map of Seoul from the API developed by SNBSOFT. It shows highly accurate simplified Chinese translations for locations around central Seoul.

The API can be downloaded from SNBSOFT’s API distribution channels: the API Store (www.apistore.co.kr) or the Talkyple website (www.Talkyple.com). It can be used on both Android and iPhone smartphones.

Ethan Lee, marketing manager at SNBSOFT, said, “This API is not an ordinary smartphone app, but it helps create a new app with simplified Chinese writing. Users can use the service like Google Maps on their smartphone or on their personal computers simply by visiting the Talkyple website (www.Talkyple.com) and selecting the simplified Chinese language menu.”

“Mainland Chinese sightseers account for the largest proportion of overseas tourists who visit Korea. Many of them, however, complain about communication difficulties or the lack of signs written in simplified Chinese. If they use an app made from our API, they can translate any map of Korea into simplified Chinese, even in their home country. So we have a very good vision in the mainland Chinese market,” said Lee. 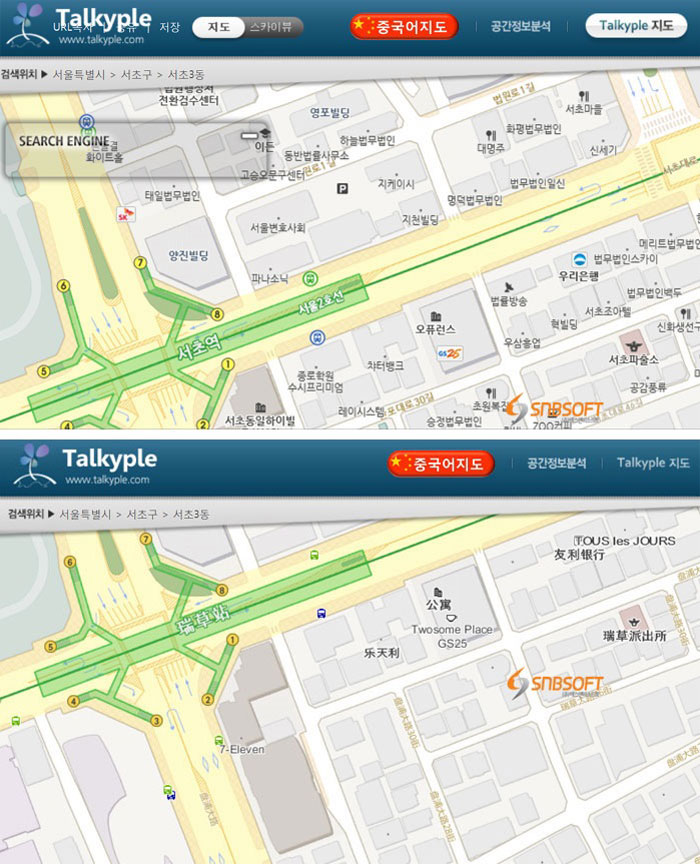 The above image shows a map of part of Seoul’s subway system written in Korean from the Talkyple website. The second image shows all the information written in simplified Chinese, after users press the red ‘Chinese map’ button at the top of the browser. 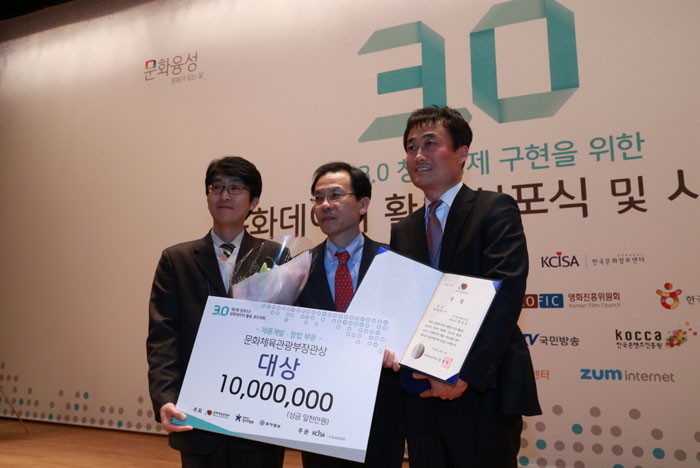 Ethan Lee (left) and other staff members of SNBSOFT pose for a photo after winning the grand prize with their simplified Chinese translation and map service API during the second yearly awards for using public data provided by the Korean government, on December 12.