A group of scientists have developed an artificial skin that is as soft as human flesh and which has elasticity just like that of a human.

The skin also has “smart” functions that can sense temperature, humidity and pressure from the external environment.

A research team led by Assistant Professor Kim Dae-Hyeong at Seoul National University made the artificial skin by arranging many layers of flexible micromini sensors inside a soft rubber made from transparent silicon. This smart skin is fixed with lines of ultrathin single crystalline ​silicon nanoribbons and both pressure and temperature sensor arrays, as well as associated humidity sensors, electroresistive heaters and stretchable multi-electrode arrays for nerve stimulation. 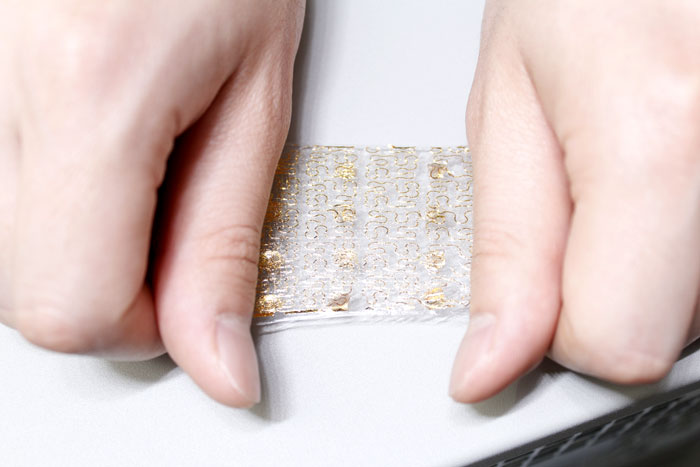 A newly developed artificial skin can be stretched up to 30 percent of its initial length and still function normally. Inside the skin, flexible micromini sensors are placed in layers inside the soft silicon rubber.

The research team then applied this artificial skin to an prosthetic arm. They bent the arm or made a fist in order to test the new skin. Tests proved that the sensors inside the artificial skin continue to function when it was stretched more than 30 percent of its length.

In another test, researchers cuddled a baby doll with a real human arm and then with the artificial arm for comparison. In the test, an infrared light camera showed that the artificial arm had a similar temperature to human skin.

The scientists also succeeded in transmitting a tactile signal indicated from the sensors of the artificial skin to the brain of a mouse via the prosthetic skin. They connected a microelectrode to the prosthetic skin of the mouse and then to the sensor of the artificial skin and added pressure to each of the skins while measuring the results on an electroencephalogram. The results showed that the electric signal created from the skin stimuli was successfully transmitted to the brain. 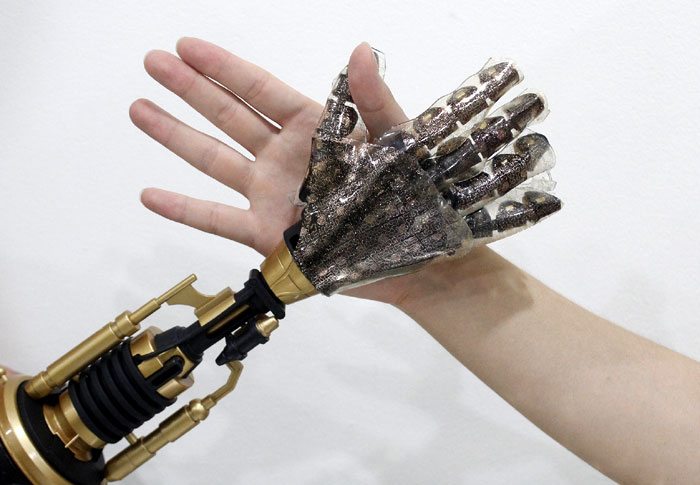 The above photo shows an artificial hand made with the artificial skin next to a human hand. 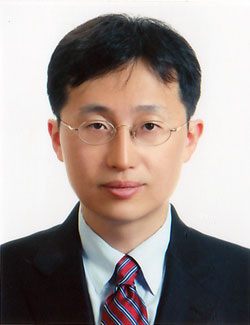 Professor Kim Dae-Hyeong emphasized the meaning of the research by saying that, “This research will enable the development of artificial organs that can function by brain signal and feel external stimuli, just like human skin.”

Research results were published in the online edition of Nature Communications on December 9. 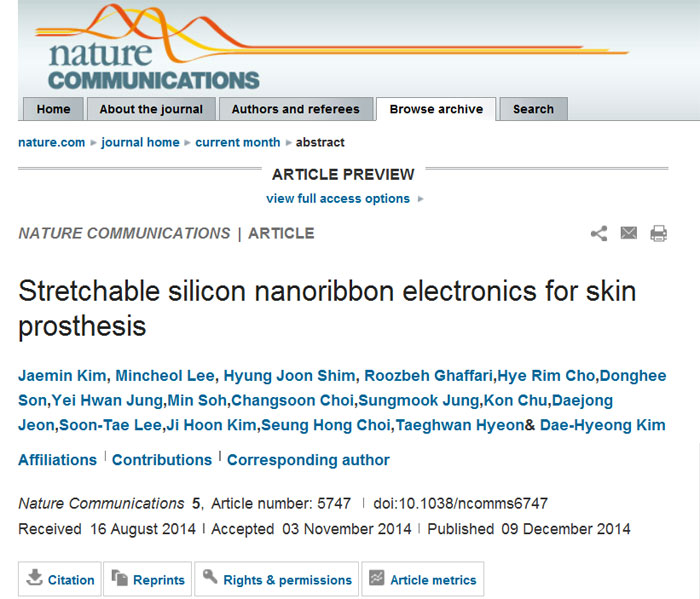