Korean voices left behind in Berlin from World War I

“Why am I here?… How did I end up being here, here that I would want to go back, crying?”

A mournful voice rang out across the Goethe-Institut in Seoul on December 13.

The owner of the voice turned out to be an ethnic Korean prisoner of war, Kang Gawriel, who fought on the Russian side in World War I and was captured by the German army in August 1914.

While in captivity in a German camp, he sang the song, longing for home. 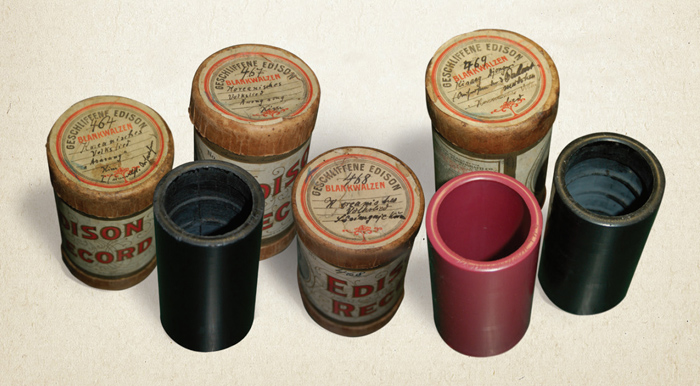 Ethnic Koreans fighting for Russia who were captured by Germany during World War I sang songs yearning for home. The songs are recorded on Edison cylinder records, as seen above. 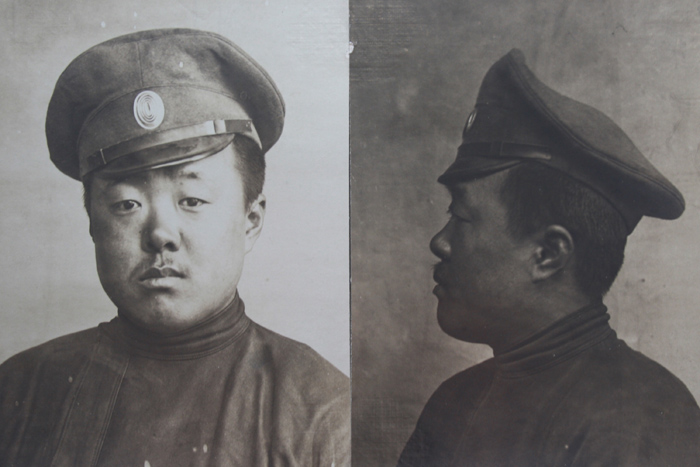 Pictured is one of the ethnic Koreans who were taken prisoner by Germany in World War I.

At the time, Germany recorded the languages and traditional music of its POWs, who were from all around the world. The songs and conversations were recorded on Edison cylinder records. There were five other ethnic Korean prisoners of war, as well as Kang: Kim Grigori, An Stepan, Yu Nikolai, Yu Nikiphor and Kim Chariton. They were all drafted to fight as Russian soldiers and ended up being captured by the German army.

Their voices, long buried under the weight of history, were made public at a Goethe-Institut conference in Seoul, “Korean Voices Left Behind in Berlin in the Early 20th Century.”

During the conference, songs by the Korean prisoners, songs that date back to the 1910s, came to light, as they were played on a conventional Edison cylinder phonograph. The phonograph cylinders are on loan from both the Phonogram Archive at the Ethnological Museum and from Humboldt University, both in Berlin.

Among the songs, there are folk songs, such as “Arirang,” “Susimga” and“Aewonseong,” as well as songs longing for independence. The phonograph cylinders were inscribed on UNESCO’s Memory of the World Register in 1999. 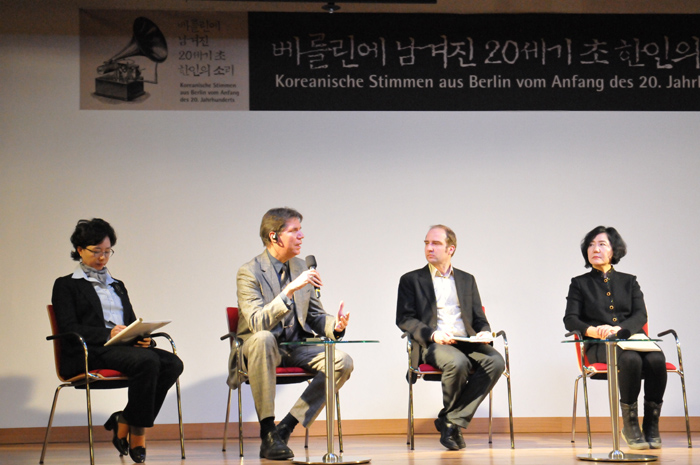 Representatives from the Ethnological Museum and from Humboldt University, both in Berlin, discuss the recordings left behind by ethnic Korean prisoners of war in Germany during World War I. The “Korean Voices Left Behind in Berlin in the Early 20th Century” conference is held at the Goethe-Institut in Seoul on December 13. 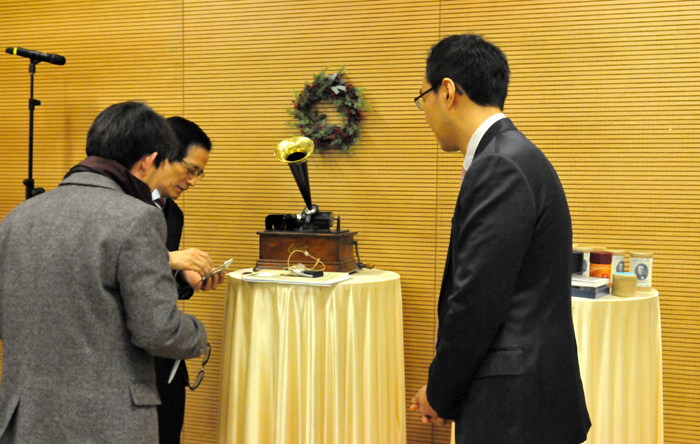 Participants in the “Korean Voices Left Behind in Berlin in the Early 20th Century” conference on December 13 listen to songs sung by ethnic Korean prisoners of war in Germany in the 1910s, using an Edison cylinder phonograph.

A series of presentations ensued, as Lars Christian Koch, head of the Phonogram Archive at the Ethnological Museum, and Doctor Jochen Hennig from Huboldt University introduced the old sound recordings they’d brought with them from their institutions.

The National Gugak Center, meanwhile, has produced an album with 45 of the songs that captured the voices of the six Korean prisoners. The songs include 14 songs on 11 Edison cylinder records housed at the Ethnological Museum of Berlin, and also 31 pieces on the 17 gramophone records owned by Huboldt University. 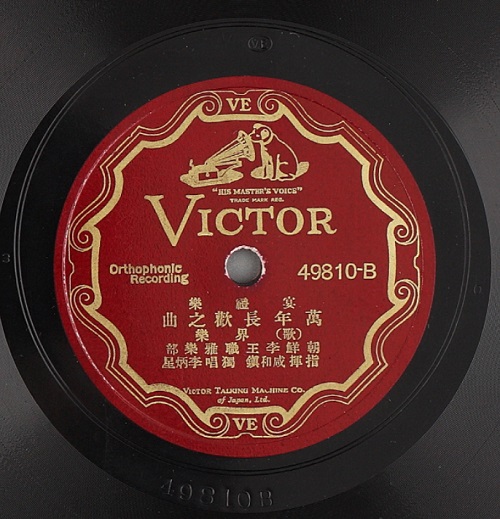 Pictured is a gramophone record that features 26 court songs from Joseon times.

Elsewhere in the world of old Korean music, the National Palace Museum of Korea has recently released a range of special songs.

The edition brings together a total of 26 pieces of court music that date back to Joseon times (1392-1910). The album is based on 12 standard playing (SP) records of court music, songs recorded in 1928 by the Yiwangjik A-Ak Society of Joseon.

The Yiwangjik A-Ak Society was an orchestra that performed royal music on special occasions, such as ritual events.

The National Palace Museum has made public the songs, along with a book that introduces what the Yiwangjik A-Ak orchestra is about and what meaning each of the songs embraces. It says that the 26 songs were performed by court musicians of the Yiwangjik A-Ak organization, some of whom came from a military band. Kim Yeong-je (金寗濟, 1883-1954) and Ham Hwa-jin (咸和鎭, 1884-1948) conducted the ensemble.

The museum has also digitized the songs so that they can be enjoyed online.

“Twelve of the songs were already released on CD in 1991, but this is the first time to release all of this music on a digital album,” said an official from the National Palace Museum.

The album will be available soon at www.gogung.go.kr, so that anyone can easily download and listen to the songs.