In eastern Seoul, on the southern banks of the Hangang River, lie the ancient remains of an earthen-walled fortress, the Pungnaptoseong. Archaeologists believe it to be the ancient capital city of the Baekje Kingdom (18 B.C.-A.D. 660) from Korea’s Three Kingdoms Period (57 B.C.-A.D. 668).

Until today, it has not been known how tall the walls stood. However, a modern computer modeling system has now found that it was precisely 10.8 meters tall upon construction and that after two renovations it eventually stood at 13.3 meters. That means that there was an earthen wall as tall as a five-story building, stretching 3.5 kilometers around, near what is today Cheonho Station on subway lines No.s 5 and 8. 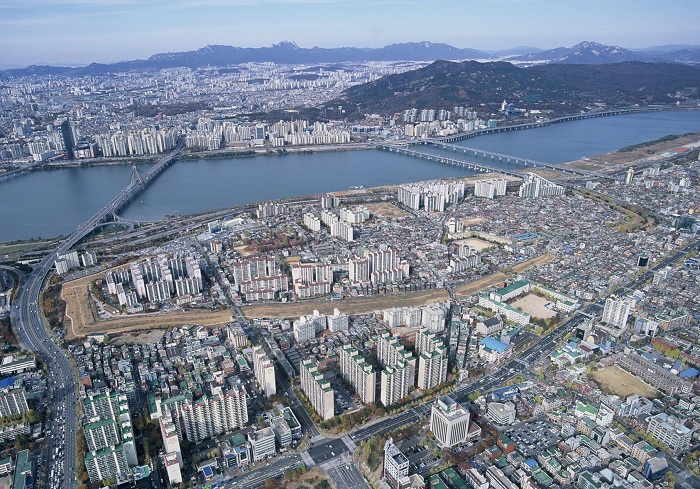 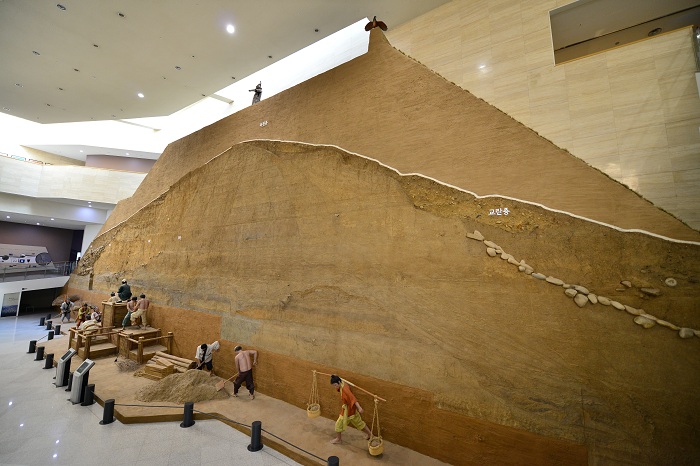 Archaeologists continue to study the Pungnaptoseong earthen barricade from the Baekje Kingdom. (Top) An aerial view of today’s Pungnaptoseong. (Bottom) A diorama showing the construction of the fortress.

The walls surround a fortress covering 704,200 square meters. According to historical texts from the Tang Dynasty (唐朝) (618-907), it is believed that more than 1.38 million laborers worked on the earthen barricade. The texts imply that one laborer was able to construct an average of 0.51 square meters per day.

The National Research Institute of Cultural Heritage (NRICH), part of the Cultural Heritage Administration (CHA), has been carrying out a range of academic studies on the ancient fortress to determine the wall’s size and its construction methodology. The Pungnaptoseong has long been regarded as an important subject of ancient archeological investigations.

Research into the wall’s size and construction methodology was carried out with the excavation of the eastern fortress that began in 2011. Archeologists, image engineers, geophysicists, geographers, surveyors, civil engineers, soil scientists and nuclear physicists all participated in the studies in order to determine its start year, its construction methodology, its total size and the number of workers required.

According to the results, construction of the eastern wall started in the mid-to-late 200s and was completed in the early-middle of the 300s. It was later expanded through a couple of renovations between the late 300s and the middle of the 400s.

The evaluation of the radiocarbon dating results were conducted by two specialized organizations in the U.S. and the UK. The Optically Stimulated Luminescence (OSL) work was done by a domestic firm. More than 20 statistics and variables concerning the ancient fortress have been scientific verified to ensure their accuracy.

Along with investigations into the ground and soil, a computer simulation was carried out to determine certain characteristics of the wall. As a result of this simulation, researchers found that even though the wall was located in and around a river, it was still built on a solid foundation.

According to the NRICH, the Pungnaptoseong is one of the country’s most important cultural heritage sites, giving the current generation a peek into the abilities and technology of the Baekje Kingdom during its early years. Historians believe that having such an impermeable fortress in the middle of the peninsula allowed Baekje to develop and to grow strong.

Sections of the wall discovered in 2011 are currently on display at the Hanseong Baekje Museum. The research results will be released to the public early next year. 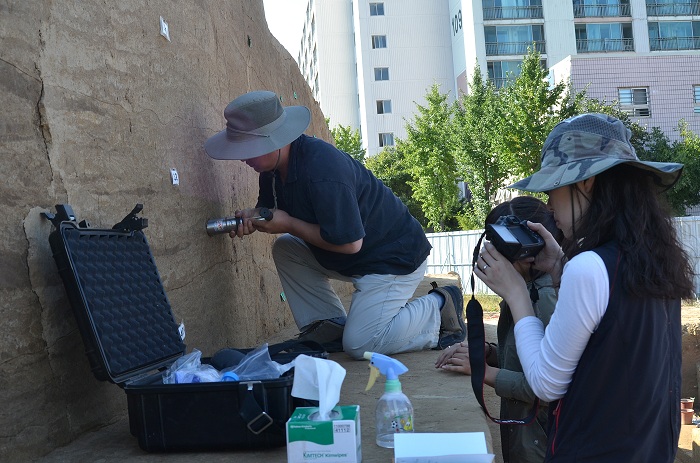 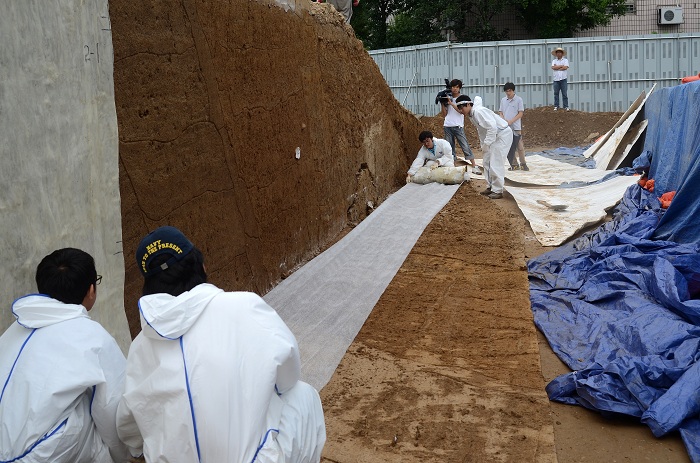 Researchers conduct on-site tests to determine the size of the Pungnaptoseong earthen fortress. 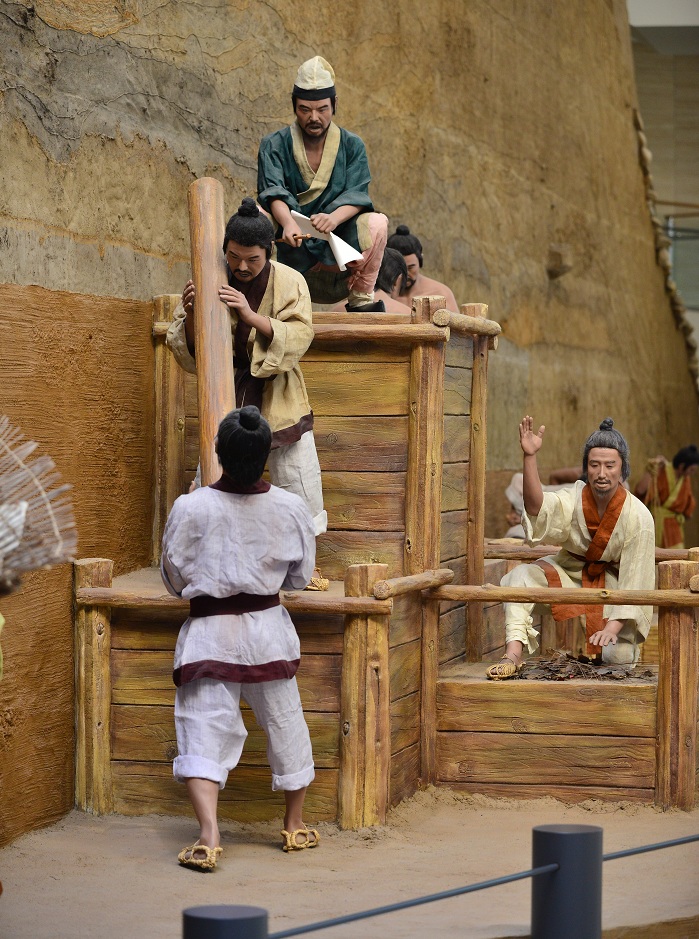 A diorama on display at the Hanseong Baekje Museum shows how the Pungnaptoseong was constructed.