Participants in the DMZ World Eco-Peace Park Forum discuss future plans for the no man’s land on December 3.

An academic conference was held at the Korea Institute for National Unification (KINU) on December 3 to discuss the creation of an “eco-peace” park in the 250-kilometer long Korean Demilitarized Zone (DMZ).

Researchers and representatives from relevant organizations — including the KINU, the Ministry of Unification, the Korea National Park Service, the Catholic University of Korea, the Green Technology Center and the Korea Research Institute for Human Settlements (KRIHS) — gave presentations and held discussions. The topic was ecology, peace and cooperation with the goal of creating a “DMZ World Eco-Peace” park. 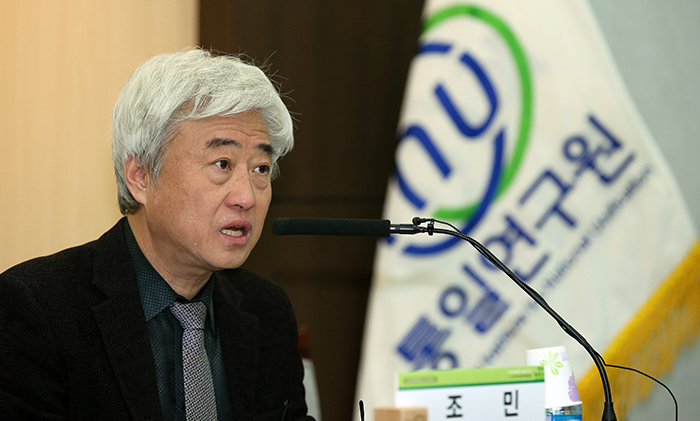 Cho Min, head of research at the KINU, said, “Throughout the year, we talked about some important agenda items concerning reunification. Along with the so-called ‘reunification bonanza,’ a theory highlighted earlier this year, the government has announced its ‘Dresden Proposals,’ its vision of a peaceful reunification process, and it has formed a Committee for Peaceful Reunification. President Park even emphasized the importance of creating the DMZ World Eco-Peace Park during her speech at the U.N. General Assembly.”

Cho stressed that, “The creation of the DMZ World Eco-Peace Park is one of the most concrete plans for peaceful cooperation that can build trust. Not only will it bring benefits to the Korean Peninsula, but the park will be a starting point to solve the ‘Asian Paradox,’ the fact that Northeast Asian countries have a high degree of interdependence in terms of economic integration but that they also have many conflicts in the area of politics and security. This park can be a way to achieve international peace, cooperation and to preserve the ecology of the region.”

Cho also added that, “The DMZ has allowed for the preservation of a near-perfect ecological system, having been left to itself over the past 60 years of separation. Now is the time to turn this zone of conflict into a place that symbolizes trust and cooperation. In the future, it should be developed into a region that preserves the environment and fosters peace and cooperation across Northeast Asia.” 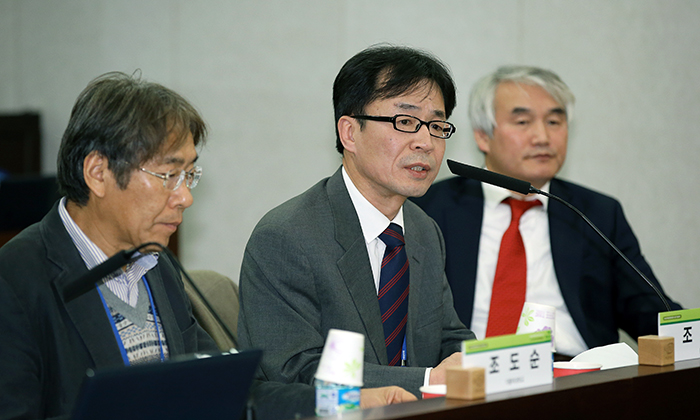 Cho Han-bum (center), a senior researcher at the KINU, proposes his model for park development during his presentation at the forum on December 3.

Cho Han-bum, a senior researcher at the KINU, said during his presentation that, “Peace is the most important thing for the creation of the DMZ World Eco-Peace Park. There are a lot of ecological parks worldwide that serve as important role models, but this DMZ park is more important as it is an ecological park that symbolizes peace. The DMZ World Eco-Peace Park would be a site that functions as an archive of the past as it would also include a library and a museum, not simply park grounds.”

He suggested, “We should approach it from the national strategic level so that it can play a role in the reunification of the peninsula, in Eurasian cooperation and in solving the ‘Asian Paradox.'” 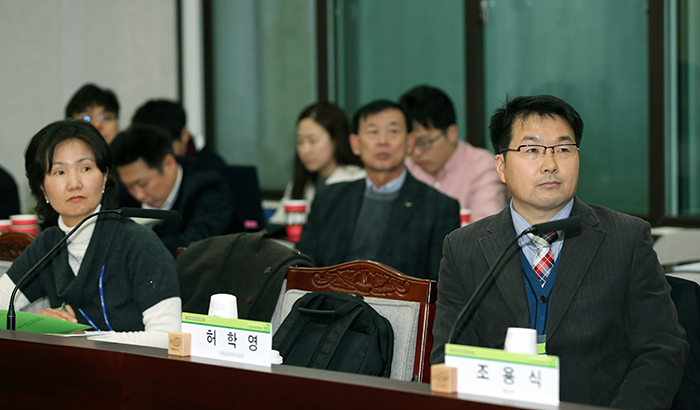 Participants listen to presentations about plans for the creation of a park between the two Koreas at the DMZ World Eco-Peace Park Forum on December 3.