Learn the island’s history at the Jeju National Museum

The creation of Jeju Island, which constitutes the only special self-governing province in Korea, is based on the Myth of the Samseong (삼성, 三姓), the three demi-gods. The three demi-gods — Yangeulna (양을나, 良乙那), Goeulna (고을나, 高乙那) and Bueulna (부을라, 夫乙那) — were known to have appeared on earth in themoheunghyul, now the samseonghyul, literally meaning “the holes of the three clans,” on the northern slopes of Hallasan Mountain. Making a living mostly by hunting, one day they found a wooden box in the ocean. Inside were the three goddesses of Byeokrangguk (벽랑국, 碧浪國), a nation located in Wando, Jeollanam-do (South Jeolla Province). Alongside them were the seeds of five grains as well as calves and foals. The three gods married the three Byeokrangguk goddesses and started farming and herding cattle and horses, making their lives better off.

It is believed that eventually, descendants of Goeulna succeeded in taking up a government position in the Silla Kingdom (57 B.C.-A.D. 935), while on Jeju Island itself there developed a new kingdom: Tamna. Ever since those times, as an independent nation, Tamna paid regular tribute to its neighbors on the mainland, from the era of Korea’s Three Kingdoms (57 B.C.-A.D. 668) through to Unified Silla (668-935) and Goryeo (918-1392) times. Finally, in 1105, during the reign of Goryeo King Sukjong (r. 1095-1105), the island was absorbed as a province of the larger nation.

A wide variety of ancient Jeju artifacts, from the Stone Age through to modern times, are on display at the Jeju National Museum.

Even though the island became more integrated with the larger kingdom, it continued to develop its own culture and customs, and preserved its unique volcanic topographical features.

At the Jeju National Museum, visitors can, at a glance, learn more about the island’s long history, from the ancient Stone Age through to the kingdoms of Tamna, Goryeo and Joseon, and into modern times. 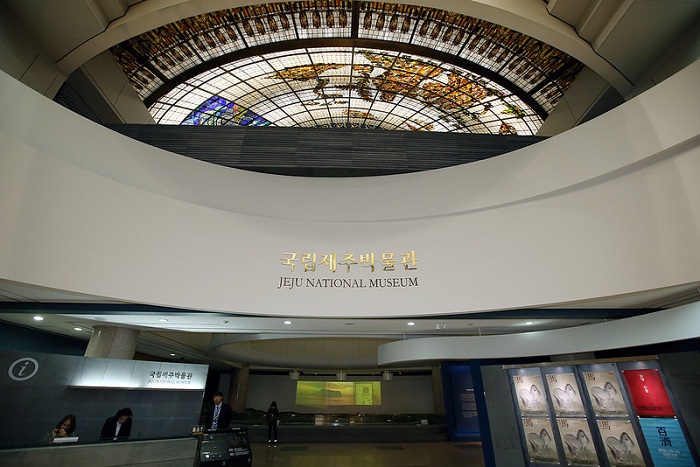 Han Jiyoon, educator at the museum, said, “Jeju Island has developed its own ‘islandish’ culture, as it has played a central role in the exchange of maritime trade and technology. There was a diverse range of exchanges, not only with the mainland, but with neighboring nations including ancient Japanese, Chinese and Taiwanese kingdoms and with other nations across Northeast Asia.”

At the museum, a wide range of Tamna relics and artifacts are on display, laying proof to the kingdom’s ancient history. Among them is a shard of pottery unearthed in Gosanli. It is the Gosanli Earthenware. It has received much academic attention, as this kind of pottery was never found on the Korean mainland and since similar types have been discovered on China’s southern Hainan Island and in Okinawa. 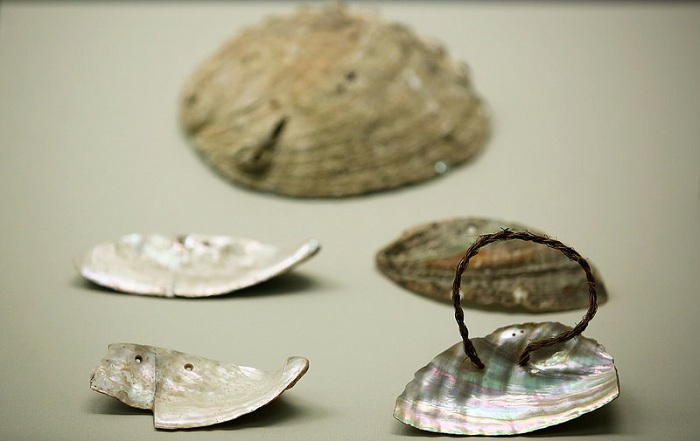 On display in the museum are abalone knives (top) and an ancient map (bottom), believed to have been made during the 18th century.

Jejudo Island has provided a wide variety of artifacts and relics, including bronze daggers, iron ware and jade accessories. These are items that the region was never able to produce locally. It suggests that the island lay at the center of many trade routes, even before it became an independent nation.

The museum also features the history of the island from Joseon times (1392-1910). The “Governor’s Official Tours of Tamna,” or “Tamna Sullyeokdo,” is a collection of 41 paintings depicting various events of those times, including inspection tours that took place on the island. It fills the whole Tamna Room at the museum.

The collection of paintings is known to have been completed in 1702 by Yi Hyeong-sang (1653-1733), the then new governor of the island. The paintings showcase the inspection tour visiting the Jocheonseong Fortress to inspect a military drill and horse training. The tour makes stops at the Yongamgul Cave in Gymnyeong and at the Jeongbang Falls. It enjoys parties in the tangerine forests and also has a feast in honor of the elderly upon its return to the city.

These are the only extant paintings called Sullyeokdos, meaning depictions of an inspection tour.

With such a detailed view of the island’s geography, government, fortresses, military facilities and musical troupes, the paintings are regarded as an important collection of works through which we can all study the history of Jeju Island. Pictured is one of the 41 paintings in the Tamna Sullyeokdo. It depicts the inspection tours that took place on the island. (photo courtesy of Jeju Special Self-Governing Province)

More information can be found at the website of the Jeju National Museum:
https://jeju.museum.go.kr/html/en