Gugak, the broad range of traditional Korean music, is not something that, any more, is solely enjoyed by Korean ears. It is a style of classical music that can now be enjoyed and played by those with different nationalities and from different cultures.

Approximately 60 visitors to Korea held a special concert on November 29 at the National Gugak Center and played a range of traditional musical instruments, including the drum-like janggu, the 12-stringed gayageum zither and the two-stringed violin-like haegeum.

The show was a chance for the music students to show off their 12 weeks of hard work, ever since September 13, and to demonstrate the endeavors to which they went to hone their gugak skills. 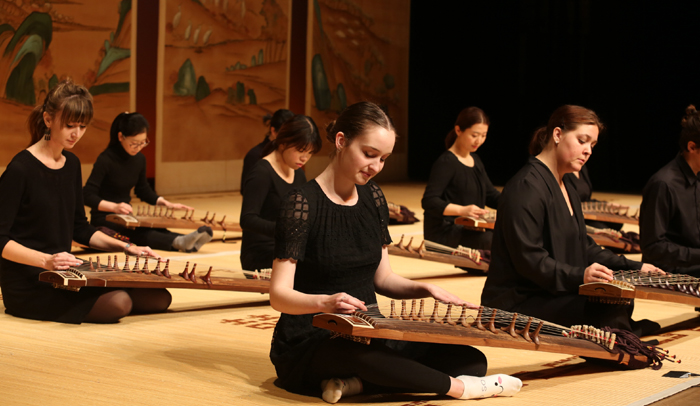 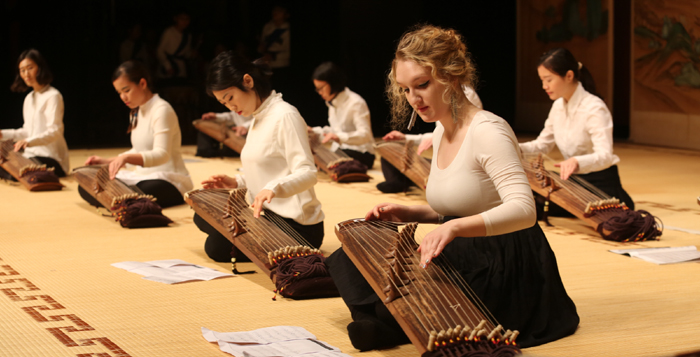 Music students play the gayageum at the National Gugak Center on November 29.

The students weren’t satisfied by just hearing classical Korean sounds. They wanted to play the instruments themselves. So they enrolled in one of the gugak courses that have been on offer at the National Gugak Center since September. The students vary in nationality, ranging from the U.S. to China, the U.K. and France, and come from a total of 28 countries. They ranged in vocation from college professors and English teachers to researchers, Korean-language students and homemakers. 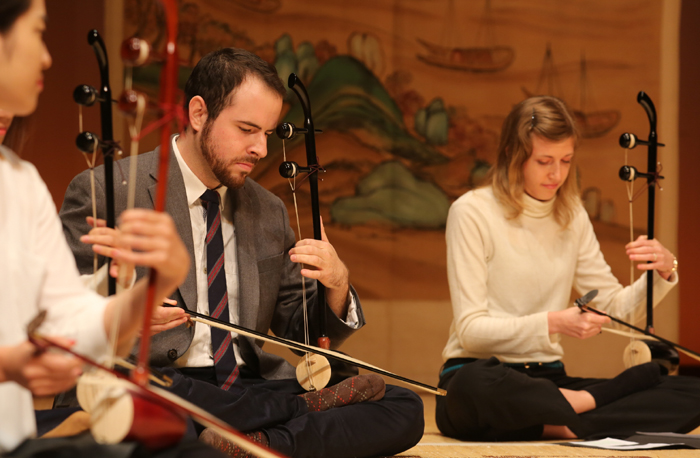 Gugak students show off their skills on the two-stringed haegeum that they have been studying for about three months, on November 29. 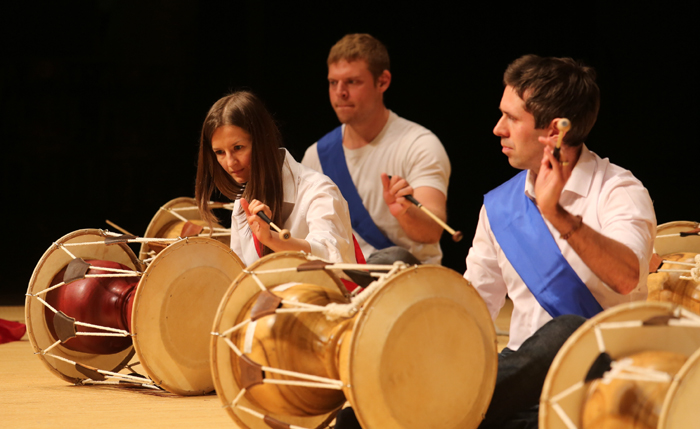 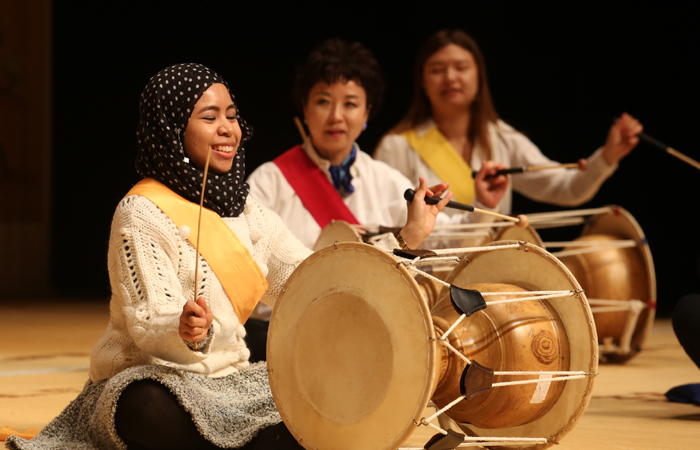 A group of gugak students from the National Gugak Center play the janggu on November 29.

Hendrikje Lange, a Swiss instructor who has taught the janggu in particular at the gugak center since 2013, and her janggu team played a nongak, a form of traditional farmers’ music. Their janggu sounds were exciting enough to make the audience sway to the music.

Lange is currently studying for a master’s degree in Korean traditional arts at the Korea National University of Arts. 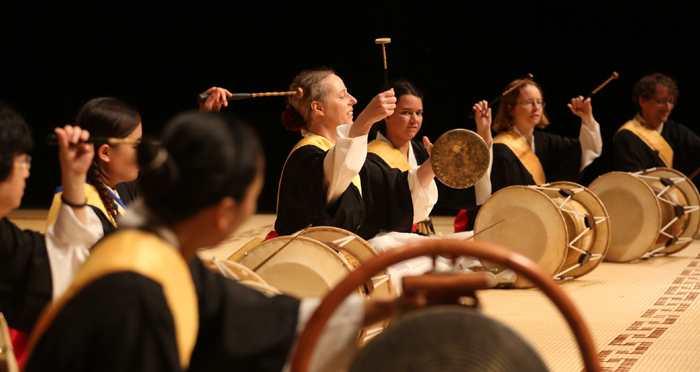 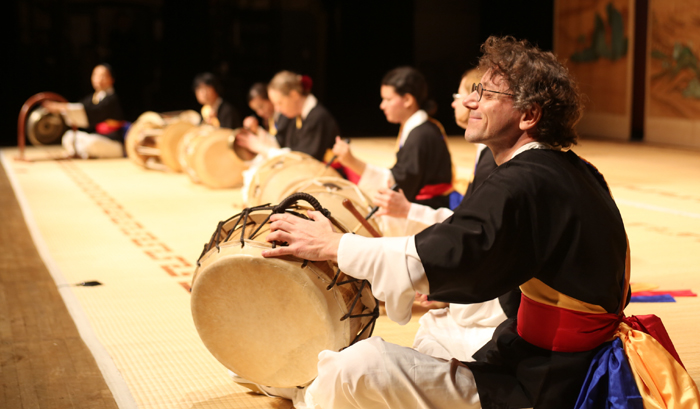 A team led by janggu teacher Hendrikje Lange performs samulnori music in a traditional percussion quartet, part of a special concert at the National Gugak Center on November 29.

“I cannot help being surprised to know that they have a stronger desire than many Koreans to learn gugak. It’s so impressive to see them put on such a great performance after months of practice,” said Director General Kim Hae-suk of the National Gugak Center.

“Hopefully, the gugak classes we offer here will help bring Korean traditions and arts to a wider audience, both at home and abroad,” she added.

Since 1993, the gugak center has offered four classes — on the janggu, the gayageum and the haegeum and one on samulnori drum music — targeting expats who are eager to learn how to play traditional Korean musical instruments. The classes are part of its efforts to make not only the domestic public but also those from other countries residing in the city much more familiar with the indigenous sounds of Korea.