Construction has begun in Gangwon-do (Gangwon Province) to build a Legoland theme park, a future landmark for the province. 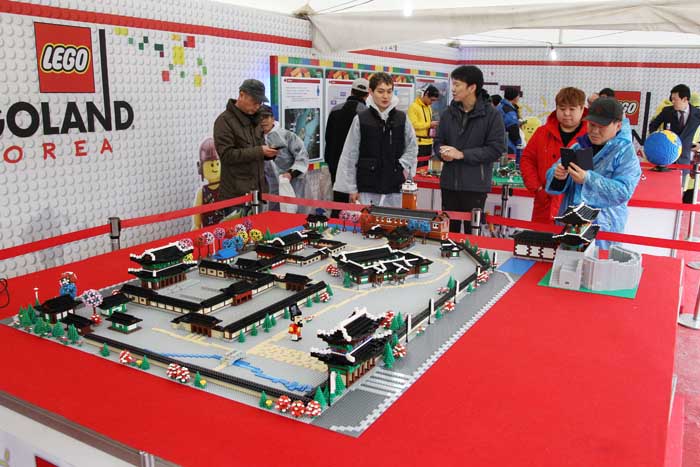 Visitors to the Legoland groundbreaking ceremony inspect a Lego model of Gyeongbokgung Palace on November 28.

“We will carry out construction smoothly and build the world’s most beautiful theme park by the spring of 2017,” said Gangwon Provincial Governor Choi Moon-soon. “We will develop the area around Legoland, including the area around Seomyeon, in a systemic and comprehensive manner.”

“It will be the biggest Legoland ever,” said John Jakobsen, managing director of Legoland Parks at Merlin Entertainments. “It will be a fantastic resort, which many generations of people, including children and their families, could visit.”

Lego land is being built on 1.29 million square meters of land on the two islands of Upper and Lower Jungdo in Chuncheon, in the middle of the North Hangang River. The construction of the theme park will be completed by 2017 and the remaining hotels, condominiums, a water park, spas and an outlet mall will be built by 2018.

Merlin Entertainments runs Legoland theme parks worldwide. Since the first theme park opened in Billund, Denmark, in 1968, there are now six such theme parks in five nations, including Britain, the U.S., Germany and Malaysia. Legoland in Chuncheon is expected to be the seventh.

Gangwon-do will lend the land for free for 50 years and a consortium between Hyundai Engineering and Construction and Korea Investment and Securities will take part in the project. When Legoland opens, 2 million tourists are expected to visit the theme park every year. 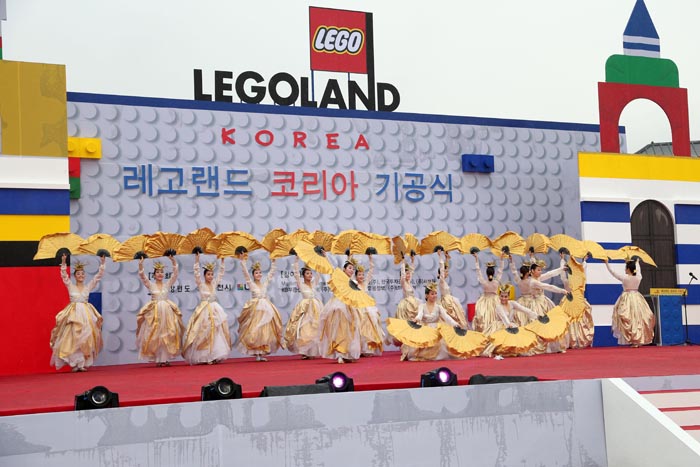 A traditional dance is held in Chuncheon, Gangwon-do, during the groundbreaking ceremony for Legoland Korea. 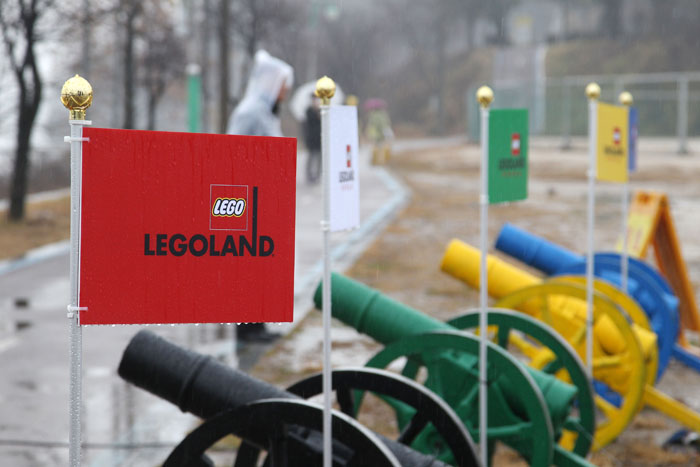 Lego cannons are on display as the groundbreaking ceremony is held on November 28.