Enjoy the hidden scenery of Jeju on foot

Walking is the best way to explore every nook and cranny along the way.

It allows travelers to see and experience things that they are very likely to have missed out on from their vehicles. The pleasures that nature gives us — the sounds of grass bending with the wind, kicking tiny pebbles and watching them roll away, fallen autumn leaves rustling under your feet and the fresh air released by plants and forests — can only be experienced while walking. 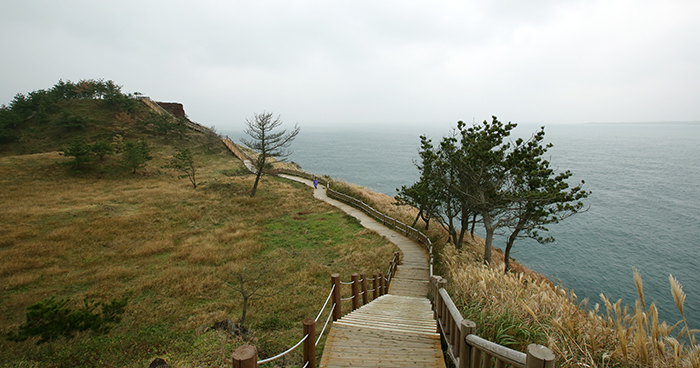 Jeju Olle Trail No. 10 offers a panoramic view of the wide open sea.

Jejudo Island is the first province in Korea to develop a string of walking trails as a tourist destination. The network of Jeju Olle Trails took its name from the island’s main dialect: an “olle” is a tiny alley that leads home. Since its launch in 2008, the network of walking trails has been gaining popularity worldwide. Linked one to the other, there are now 21 trails ringing the outer edge of the island along its shoreline.

Olle Trail No. 10, along the southwest coast of the island and which Korea.net enjoyed at the end of November, was showing off its beautiful autumn scenery that cannot be experienced during any other time of the year. Walking along the shoreline and enjoying the panoramic view of the open ocean is a wonderful experience. The sea breeze is thought to be cool and refreshing rather than cold. Trekkers along the Jeju Olle Trail can follow the ribbons of red and blue. They indicate where the trail goes. 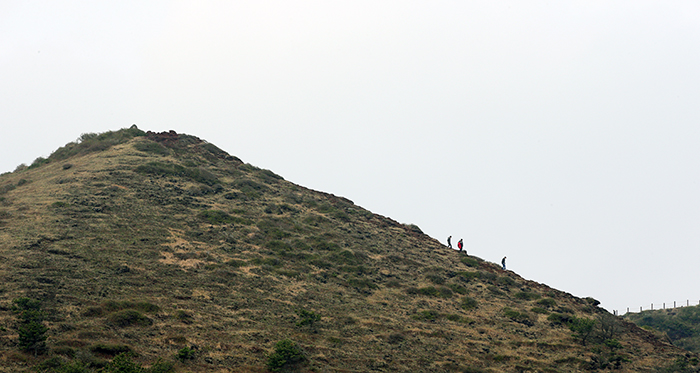 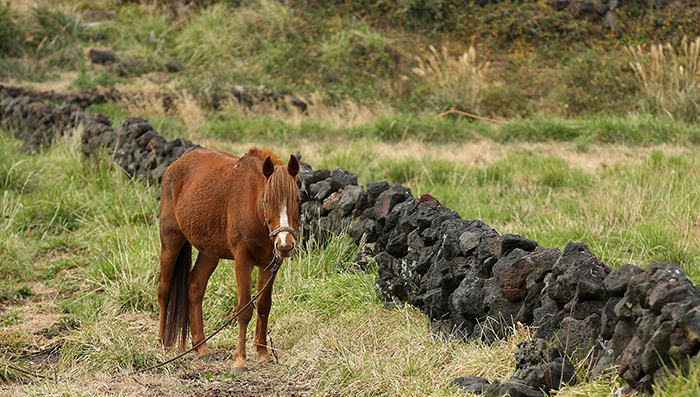 Beautiful and peaceful scenes can unfold along the Jeju Olle Trail.

Trail No. 10 runs along 15.5 kilometers from the Hwasun to Moseulpo regions and is of medium difficulty. The seashore trail presents alternatives of steep hills and flatlands with a wooden walking path, giving trekkers short of breath some time to catch it while enjoying the peaceful trail. In the middle of the trail, while walking parallel with the sea, a group of trekkers comes into sight, walking toward the top of a nearby mountain. Some relaxing horses graze on the grass.

Near the end of the trail, trekkers can encounter the bell-shaped Sanbangsan outcrop that stands in the middle of the water. This parasitic volcanic cone is part of an interesting myth that has been passed down from generation to generation. A deer-hunter accidently shot an arrow into the hip of the Great Jade Emperor on Hallansan Mountain. Infuriated, the emperor ripped off the top of the mountain and threw it westward into the sea, creating the Sanbangsan rock as it is now. It’s said that this is how the hollowed out top of Hallasan Mountain and its crater lake, Baekrokdam, were formed. Islanders say that Sanbangsan is just about the right size to fit atop the mountain. Trekkers who choose to walk this route can enjoy the beautiful scenery with a glance at the Sanbangsan outcropping and the adjacent Hyeongjaeseom, Gapado and Marado islands.

The Sanbangsan outcropping is surrounded in mist, as seen from the middle of Olle Trail No. 10.

The Jeju Olle Trail consists of 21 generally flat hiking trails surrounding the outer rim of Jejudo Island. Each trail is about 15 or 20 kilometers and requires an average of five to eight hours to complete. In addition to the 21 shoreline routes, some inland routes featuring peculiar geography or local customs are currently being developed and connected to the larger network.

Two of them have already been completed: No.s 14-1 and 18-1. Trail No. 14-1 is located in the western part of the island. It runs along one of the island’s must-see tourist attractions, the Gotjawal Forest, a forest formed on hardened lava. It features unusual natural scenery as it harbors plants from two climatic zones. Trail No. 18-1 runs along Chujado Island which sits halfway between Jejudo Island and the mainland. Trekkers who pick this route can enjoy the landscape of the main Chujado Island from the Lesser Chujado Island adjacent to it. 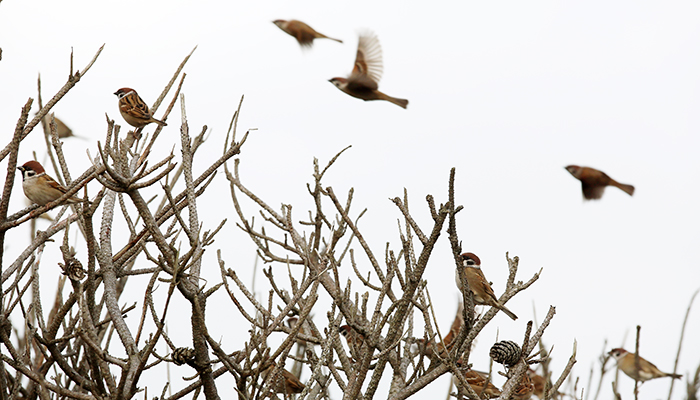 The Jeju Olle Trail allows trekkers to experience the hidden beauty of the island.

More information about the network of Jeju Olle Trails can be found at its official website.(https://www.jejuolle.org) 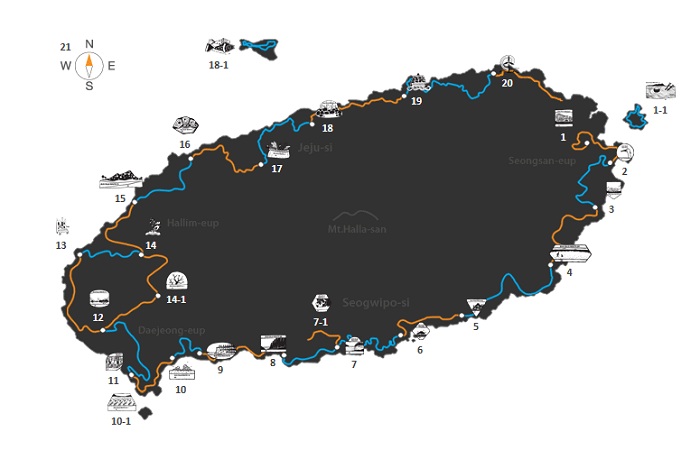