The joys of photography in Korea: when you’ve got a camera in your hands, anything can happen

I never knew I would fall in love with photography when I came to Korea almost seven years ago. What started out as a simple hobby has turned into one of my greatest passions. Being a photographer in Korea has made it an even bigger joy.

It’s not only the diversity of subjects that makes Korea such a great place to shoot. Probably the best thing is the spirit and sense of camaraderie surrounding photography here. It’s not uncommon to see groups of 20 or more photographers trying to capture a beautiful scene. 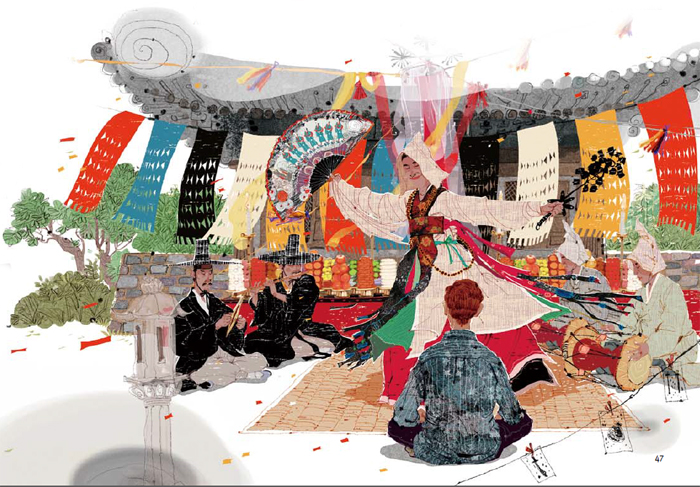 More often than not, it’s at some remote place before the sun rises, like on a mountain peak or ocean shore. Everyone sets up their gear and then chats, shares some food or drinks, and socializes. It’s easy to feel like you are part of something bigger. Documenting daily life becomes a major event.

I always try to portray the essence of a place when I take photographs. It doesn’t matter if I’m taking a picture of a cityscape from the rooftop of a building or someone’s portrait. I want to represent what is particular to Korea and share that.

Shaman on the Mountain

An experience that was particularly memorable for me was when I saw a Korean gut, or shamanistic ceremony. One day my friend and I were hiking up a mountain to photograph Busan. We passed by a small temple on our way. There was a group of shamans and their followers dancing and singing. Curious, I pulled out my camera as we walked closer. I had always wanted to see one of these ceremonies. They spotted us and invited us in. I asked if I could take photographs and, surprisingly, the shamans agreed. 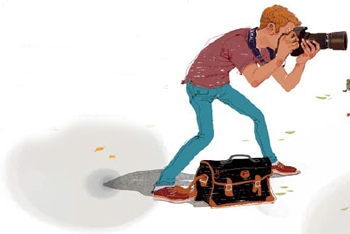 I thought we would just sit against the wall and observe until the head shaman pulled my friend aside and started questioning him. “Do you have any pains—mental or physical?” she asked. After a few more questions, she gave her otherworldly prognosis: “You have the ghost of a dead relative inside you. It must be exorcised.”

She performed an ancient ritual to rid my friend of his demons. It was like something out of a documentary movie. Afterwards, they invited us to eat with them. We ended up spending the whole day. I’ve already been back two more times to visit.

I think that’s one of the things that makes taking photographs in Korea memorable. At any moment the unexpected can happen. A stranger will invite you into their home or to share a meal. Living in a foreign country, it’s easy to feel like an outsider. To be a good photographer, though, you need to get close to your subject, to know them as a human being, not just as an object in your viewfinder. The openness of the people has allowed me take photos I normally couldn’t.

Korea has much to offer the avid photographer: beautiful landscapes, opportunities to learn, and the sense of belonging to something bigger. However, it’s the relationships I’ve created here that I will cherish most.