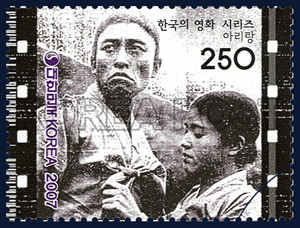 Modern visual records, like photographs and motion pictures, were first introduced to Korea during late Joseon times. Even the reigning King Gojong (r. 1863-1907) took frequent photographs. Many portraits of the king and the royal family exist today.
Movie theaters showing imported films started to spring up all over the country. The first known Korea-made motion pictures were video inserts in a drama called “Uirijeok Gutu,” or “Loyal Revenge.”
At that time, providing funds for film making and the subjects of those films were extremely limited, due to Japan’s annexation of the country in 1910.
Korea Post recently selected a few of the most representative Korean movies from each era, starting from the birth of Korean cinema during such hard times. It has chosen to represent these movies on postage stamps.
The first edition of special stamps was issued in 2007 with one scene each from four representative Korean films of the 1920s to 1930s. The first to be introduced in the series was the film “Arirang,” a movie named after the famous folksong that is every Korean’s eternal “theme song.”
Arirang
The first Korean silent film, “Arirang,” painted the lives of Koreans who had lost their country. Due to severe censorship, however, the content was relatively non-political.
The young protagonist Choi Yongjin was imprisoned and tortured for the “crime” of joining the March 1 independence movement. He was later released to return home to his hometown, with the excuse of a mental disorder. The plot revolves around the protagonist’s sister, friend and the heated murder of a Japanese collaborator.
A Korean movie pioneer, Na Un-gyu (1902-1937) was a man who wore many hats. He was a director, he wrote the screenplay and also starred in the film himself.
Premiering at one of the newly opened movie theaters, Dansungsa, the film gained instant popularity. Unfortunately, like most films produced in the day, all original reels have been lost and it has now become only a film of the past.
Paik Hyun
Korea.net Staff Writer
cathy@korea.kr 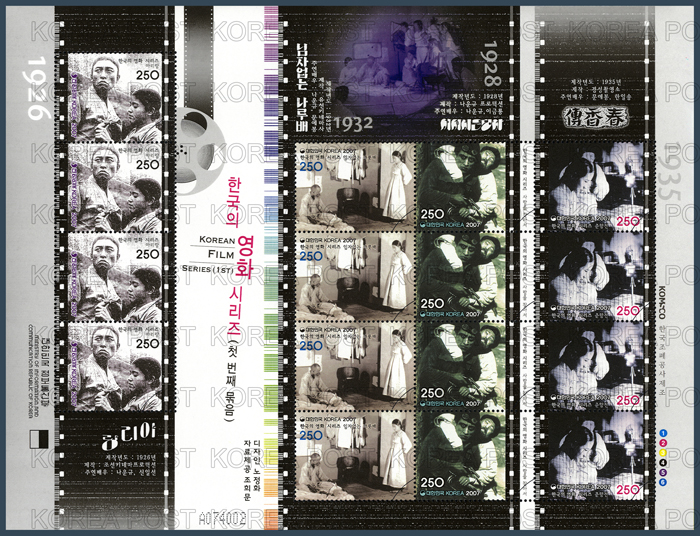