Mt. Namsan is a symbol of Seoul itself

Few major cities can match Seoul in the number of mountains located within their limits. As Korean architect once said, “Seoul doesn’t need architectural landmarks because its mountains serve as its landmarks.” 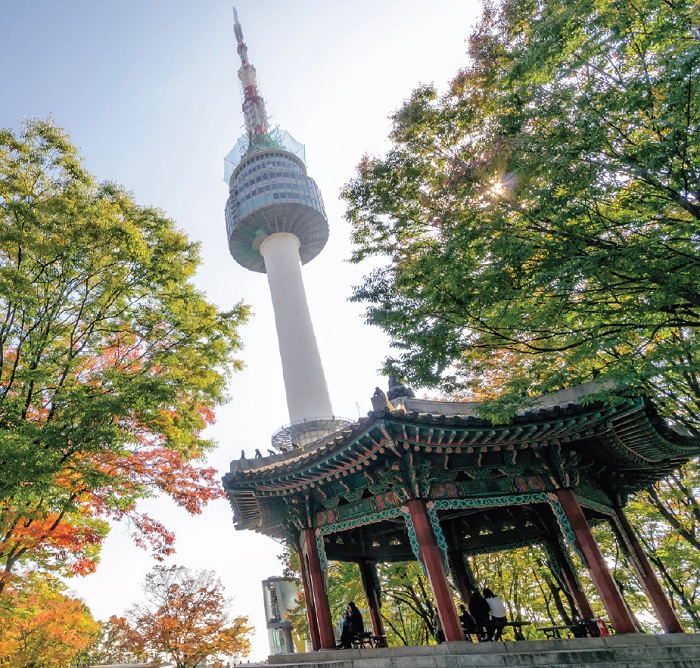 Of these natural landmarks, it is Mt. Namsan that is the most recognized and most beloved. For centuries, the graceful peak has been an eye-catching backdrop to the city of Seoul, beautifying the skyline like a silk folding screen. In the days of Joseon (1392–1910), soldiers patrolled the fortress wall that ran along its ridges while aristocrats sought pleasure and relaxation in its scenic valleys. Today, the mountain, crowned by the iconic N Seoul Tower, is one of the city’s most popular tourist destinations due to its majesty and accessibility—not to mention its great views. Mt. Namsan’s slopes are also home to a great deal of history and culture, including monuments to some of modern Korea’s greatest heroes. 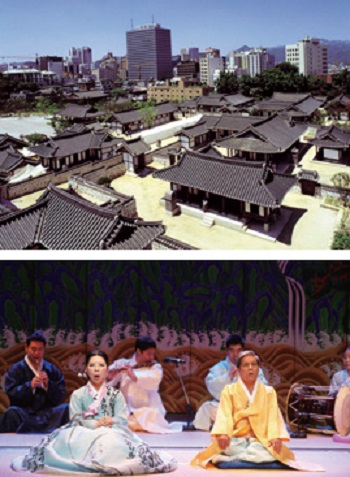 Valley of the Blue Crane Not far from Chungmuro Station is Namsangol Hanok Village, a collection of historic Korean homes in a scenic valley on the northern slope of Mt. Namsan. During the Joseon era, the valley was called Cheonghakdong, or Valley of the Blue Crane, because it was said that mythical blue cranes would fly here to enjoy its cool, refreshing forests. Aristocrats built villas and pavilions here so that they could take in the natural splendor in style.

The homes you see today, however, were moved here in 1989 to save them from the urban redeveloper’s wrecking ball. There are five homes in all representing both the aristocratic and commoner styles from Joseon, as well as beautiful ponds and gardens that accentuate the serenity of the valley. In addition to offering the Seoul Namsan Gugakdang, one of Seoul’s best traditional music venues, you can also find the site of a time capsule buried in 1994 to celebrate Seoul’s 600th anniversary. It will be reopened in 2394. Next to Namsangol Hanok Village is Korea House, an arts venue opened in 1981 to give international visitors a taste of traditional Korea. There’s a theater where performances of traditional music and dance are held, an impressive restaurant specializing in palace cuisine and a very good souvenir shop selling traditional crafts. Korea House has also organized hands-on arts programs and frequently hosts traditional weddings. 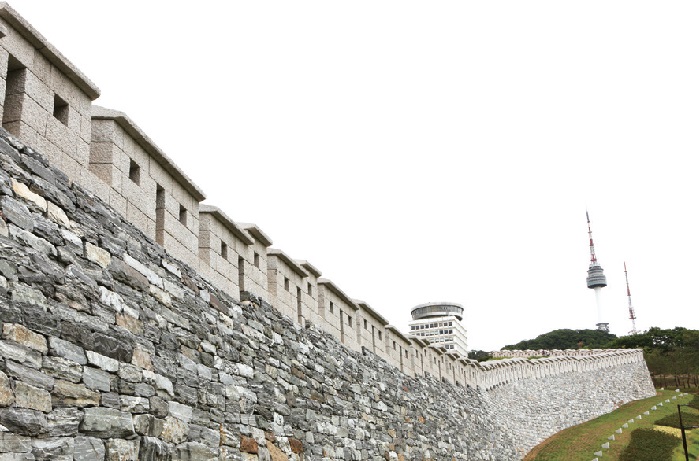 A portion of the Seoul Fortress Wall beneath N Seoul Tower

In Joseon-era Korea, Mt. Namsan marked the southern limit of the royal capital of Seoul. Accordingly, its ridges were lined by a section of Seoul Fortress, the defensive walls that ringed the city. Most of the Mt. Namsan section of the wall still exists, either in original or reconstructed form. Hiking paths along the western slope of the mountain follow the wall from the Hilton Hotel to Baekbeom Plaza, with a grass field on the middle slope dedicated to Korean independence activist Kim Koo. One interesting remnant from the old wall is Namsan Bongsudae, part of a nationwide system of signal fire stations that were used to relay important news between the capital and the provinces. A signal fire ceremony is held every day at noon.

Architectural Tribute to a Patriot

Also on the western slope of the mountain is Ahn Jung-geun Memorial Museum, dedicated to the independence activist who is most famous for assassinating, in 1909, the former Japanese prime minister and residentgeneral of Korea Ito Hirobumi, one of the masterminds behind Japan’s eventual colonization of Korea. The memorial museum, designed by the wifeand- husband team of Kim Sun-hyun and Lim Yeong-hwan, is structurally stunning, and contains a very impressive statue of Ahn as well as fascinating displays about his life and philosophy. 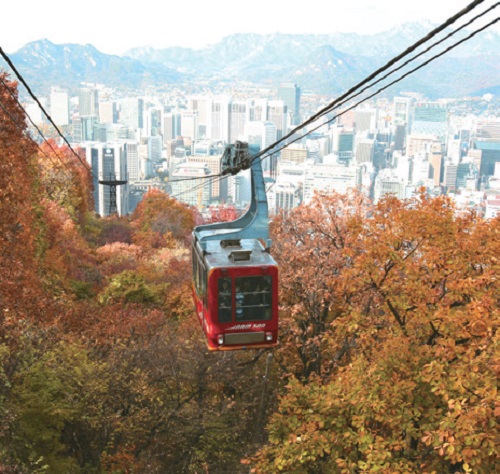 Perhaps Seoul’s best-known architectural landmark, N Seoul Tower is also one of Korea’s most popular tourist destinations. Visitors flock here to take in the spectacular views over the city and, increasingly, to hang so-called “love locks” on the fences that surround the tower. There are now so many locks up here that it’s a wonder the mountain hasn’t sunk beneath their weight. N Seoul Tower was originally built in 1969 as a communications tower. It was opened to the public in 1980. Called N Seoul Tower since 2005, the tower holds an expansive observatory deck—the tower’s main draw—as well as a revolving luxury restaurant and several more affordable dining options. The men’s restroom offers perhaps the most spectacular views of any restroom in the world.

Below the tower are several cafés and restaurants.