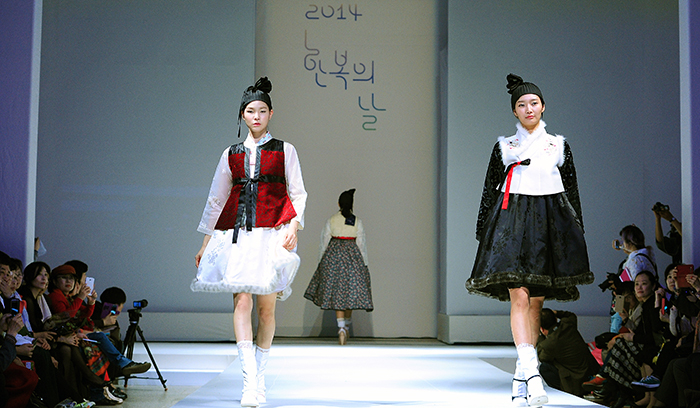 Various Hanbok outfits are showcased at a fashion show on October 25.

From traditional to modern designs, Seoul Station has been indulged in the beauty of Hanbok, traditional Korean attire.

A ceremony and related events were held at Culture Station Seoul 284, the old Seoul Station building, on October 25 where people were able to enjoy the beauty of various Hanbok designs.

The gathering was held on the theme, “Blooming of Hanbok: From must-wear to wanna wear.” About 100 people, including representatives from Hanbok related organizations, attended the ceremony. Ceremony attendees included Minister of Culture, Sports & Tourism Kim Jongdeok and Director of Korea Craft & Design Foundation Choi Jeongcheol.

President Park Geun-hye said in a video message, “Thanks to Hanbok Day, I hope that Hanbok can receive more love from the people. I hope Korean culture, including Hanbok, can be promoted around the world.”

“Hanbok symbolizes the traditional beauty of Korea. It is beautiful and classy. Though the world highly values traditional clothes, it will be hard to continue developing unless we enjoy and admit its value,” said the president.

“I have been striving to promote the beauty of Korean culture and Hanbok when I go on trips overseas. I will take an interest in and make efforts so that people in the Hanbok industry can be more actively engaged in the development of Hanbok.” 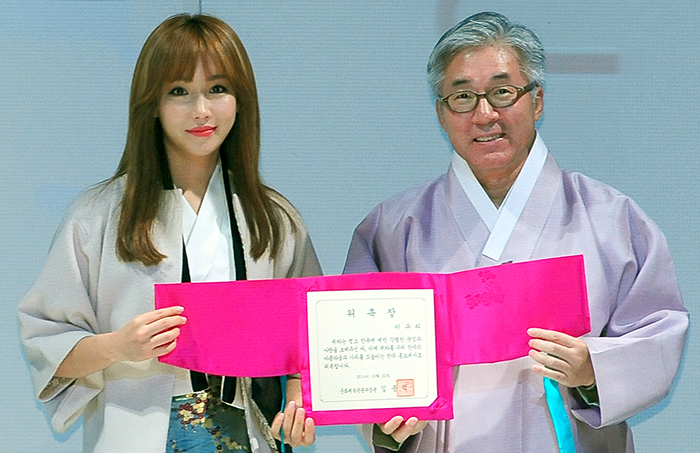 “On the show, I lost the Hanbok design competition. Nonetheless, I am so happy and honored to be appointed as a Hanbok PR ambassador in front of so many master Hanbok makers,” said Lee.

“I was told that the clothes I am wearing are a new type of Hanbok, which were made from a man’s Hanbok design. I hope Hanbok can become a style of clothes that both Koreans and people from around the world love to wear,” she added. Lee showed off the beauty of the new Hanbok by taking part in the fashion show.

A total of 64 Hanbok designs were revealed at the fashion show. They were modern but still retained the beauty of classic Hanbok, adding the convenience of modern clothing.

A dance party followed the show, where party goers enjoyed a variety of music, ranging from club to ballet and Latin music, dancing while wearing their Hanbok. This shows the clothing style’s new attempts at making Hanbok part of the youth-oriented party scene. 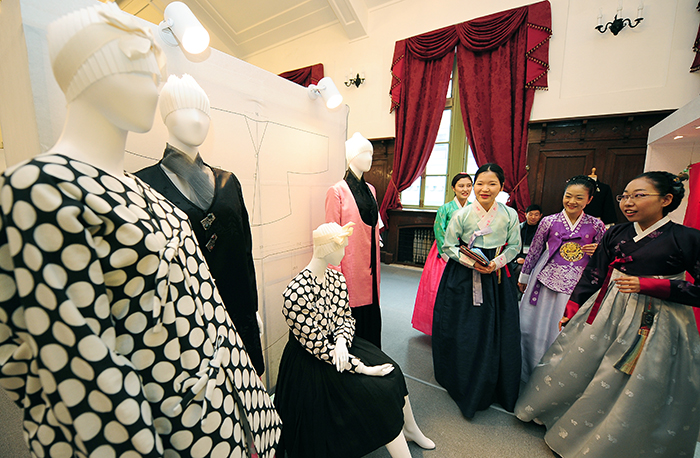 People look around the Hanbok on display during the Hanbok Day events. 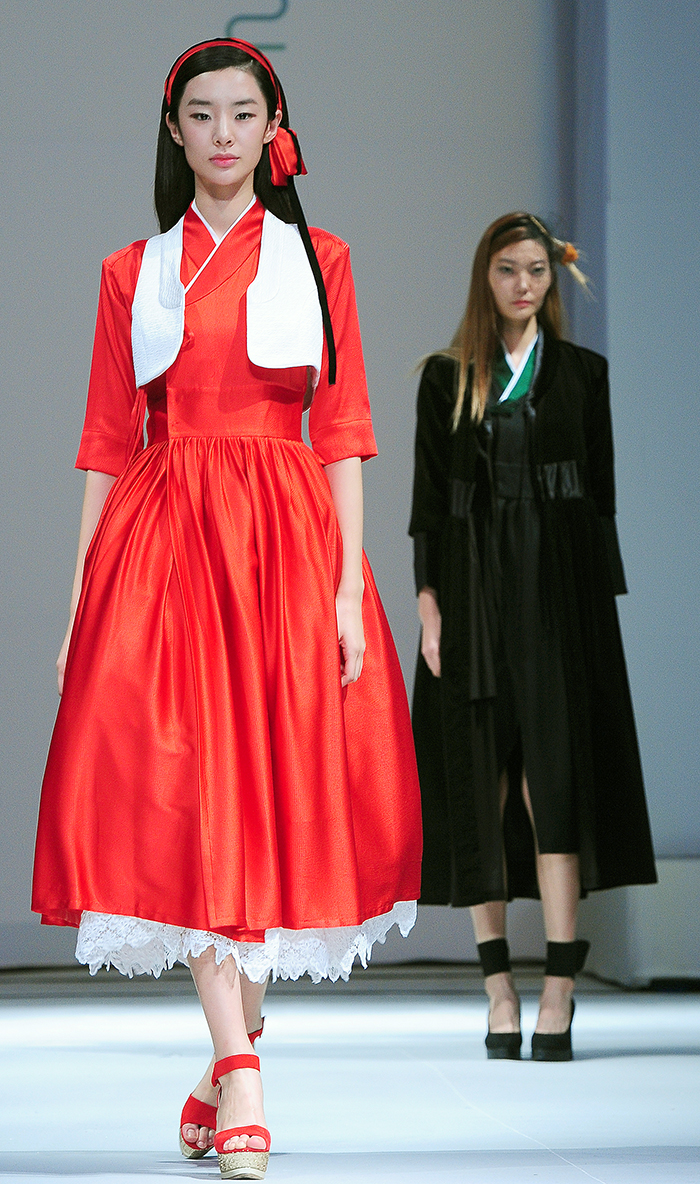 Various Hanbok designs that combine the beauty of the classic attire and the merits of modern clothing are on display during the Hanbok fashion show.

Clad in modern Hanbok, actress Lee Yoo-ri walks down the runway during a Hanbok fashion show on October 25.