It’s been many years since the Indian staple of curry and rice became one of the most popular dishes served in the Korean kitchen.

How is it that the taste of curry has captured so many taste buds here at home?

It’s because not many ingredients are needed to make the dish. It’s also because turmeric, the yellow base ingredient in curry powders, is believed to have anti-aging elements, may help to prevent dementia and may be linked to cancer-fighting agents. These health benefits draw many hungry people who are seeking a more healthy lifestyle. 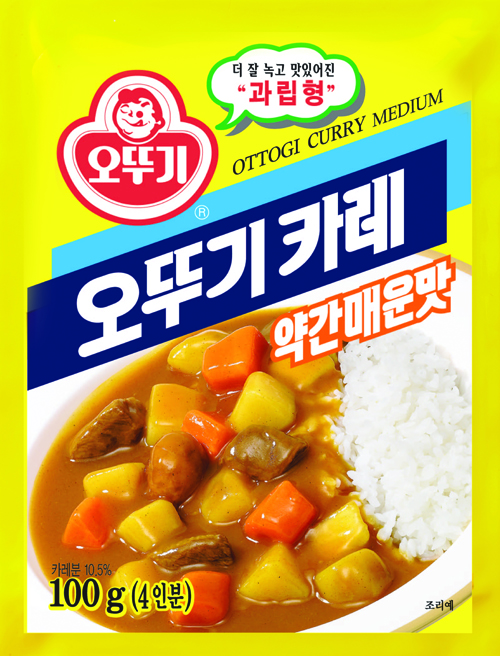 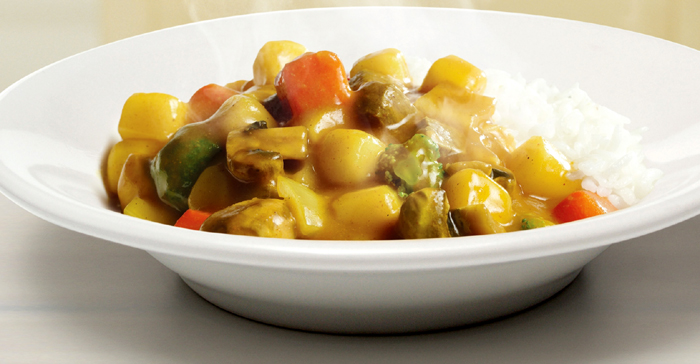 Ottogi launched its brand of curry powder in 1969, the year the company was founded.

There’s one company that spearheaded the popularity of curry here. Ottogi has offered a series of curry flavors for as many as 45 years, curries that boast rich flavors and a healthy taste.

The company launched its Ottogi Curry, a type of instant curry sauce, in 1969 when the company opened its doors. The reason the firm chose to produce powdered curry is that the staple food of the Korean diet in the 1960s was rice. Also, the company believed that curry would suit the palate of its customers, who enjoy spicy cuisine. 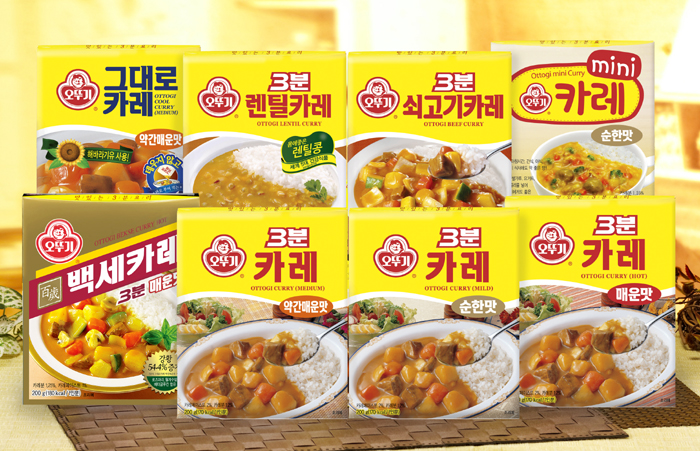 Over the years, Ottogi Curry has come in many forms. In 1981, the company launched its 3-Minute Curry. It’s easy to cook and takes only about three minutes to prepare. All you have to do is put a pack of curry in boiled water or in the microwave and wait for three minutes. It also comes in various flavors, too: mild, medium and spicy.

Upon its emergence onto the market, the brand hit a record high of 4 million units sold in just one year. The convenience of being able to cook anywhere, at any time, as well as the many flavors available, won over the hearts of many hearty eaters. 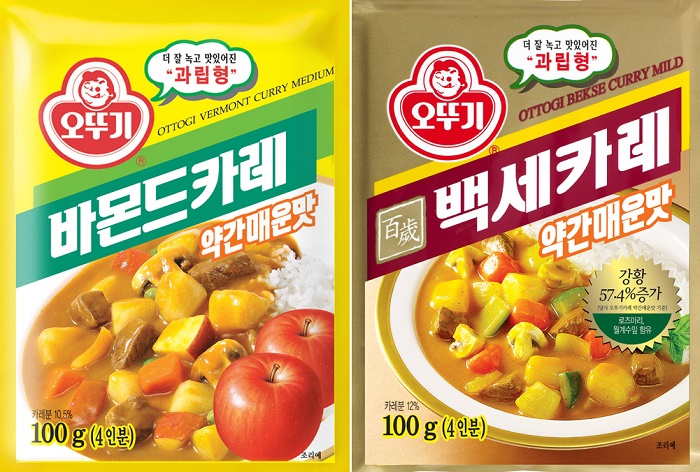 Ottogi didn’t stop there. In 2004, the company began to focus on the growing health-consciousness of its customers, as it launched a new line of curries which were made with more wholesome ingredients. The new Vermont Curry increases the turmeric content by more than 50 percent, and the firm’s Bekse Curry is based on oats rich in beta-glucan and dietary fiber.

In 2009, Ottogi became even more tech-savvy. It developed a new technology to produce water-soluble granular curry. Granular curry is a lot easier to cook and takes less time, as the particles can be put immediately into the pot directly with no need to be stirred. Also, it still won’t become lumpy, as can often happen when using the previous curry powders.

Last May, too, Ottogi came out with its 3-Minute Lentil Curry made of lentils, also considered as a healthy ingredient.

Nowadays, Ottogi is trying to go global and expand beyond the domestic market. Its brands are exported to markets in more than 30 countries, including the U.S., China, East Asia, Australia and Russia, pleasing the taste buds of global customers.

Ottogi has never stopped evolving over the past 45 years. It is constantly churning out new, healthy curry products. Thanks to these efforts, the Indian dish has become a culinary delight for customers worldwide.