Regardless of where or when you are from — the East, the West, the past or the present — people are continuously on a quest to seek out their best partner or mate. The wish is to find the most charming partner, linked by love. Although it’s rare to have that wish granted, the wish itself comes naturally. As such, love and marriage are major human interests in life, surpassing other obstacles.

“Soul Mate,” an original theater piece by the Korea National Opera, will make its premiere in Singapore as part of the Korea Festival 2014, for a two-day run on October 25 and 26. Organized by the Korean embassy in Singapore, the performance will be held at the Marina Bay Sands, a local landmark. 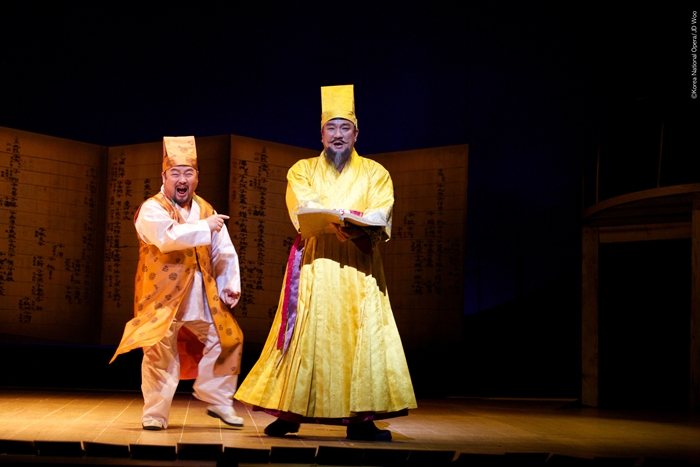 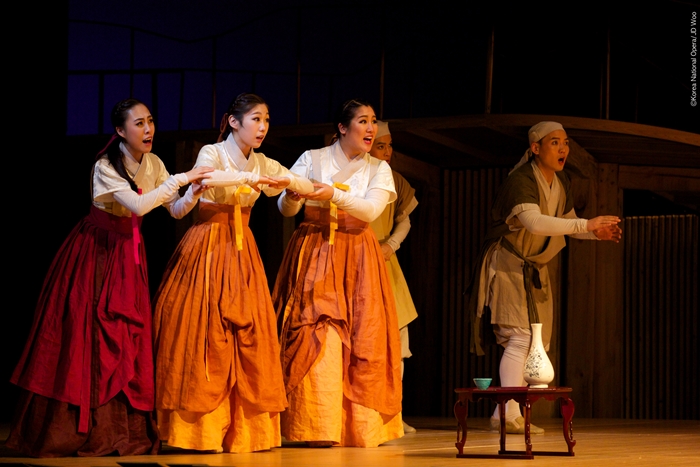 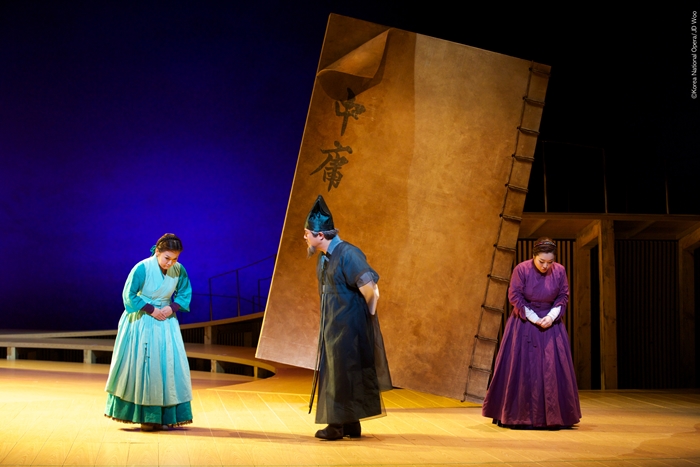 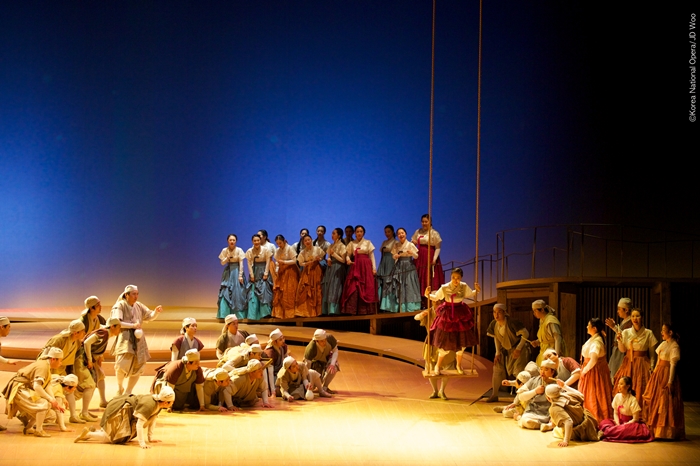 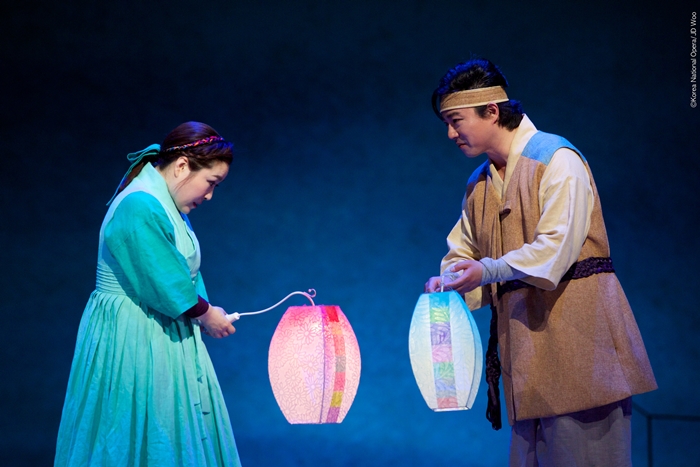 The opera ‘Soul Mate’ portrays the universal interests of love and marriage with Korean-style story-telling in a Western-style opera, creating a unique fusion art experience.

The Korea Festival first started in 2008, making this year the seventh such cultural event. Over the course of October and November, a total of 12 arts and sports events are planned, including the opera “Soul Mate,” concerts by fusion gugak bands and Korean pop groups and modern art exhibits. The “Soul Mate” performances are particularly significant as they will be performed by Singapore’s one and only fully independent orchestra, the Metropolitan Festival Orchestra.

“Soul Mate” is an adaptation of the original play “Maeng jin-sa-daek gyeong-sa,” unofficially translated as, “The Joyful Occasion at the Maeng jin-sa Household,” by playwright Oh Young-jin (1916-1974). Created in 1943, the well-known comedy is set during a traditional wedding, with its roots based on the ancient tale of the Snake Husband.

Script writer and director Lee Sang-woo focused his adaptation on creating a modern ideal of realistic happiness. Composer Lim Jun-hee transformed the play into an opera with three acts, composing some 40 pieces of music for the score. Writer Han A-reum, who also worked on the script, used many elements of universal humor so even non-Korean speakers can fully understand the story. Producer Seo Jae-hyung wanted to capture the young protagonists’ conscious will to fight against empty formalities, fake manners and enforced rules of conduct.

“Soul Mate” shows humanity’s free will and its fight against the traditional institution of marriage. It sends the message that a marriage is a gift from heaven and that by freely finding a match made in heaven, people can overcome the limitations of birth or social restrictions.

The opera premiered in 2006 under the title, “Der Hochzeitstag – The Wedding,” at the Frankfurt Opera House in Germany. At the time, local media claimed it was, “better than Puccini,” and, “the ideal match of rich Korean culture and European elements.” The same piece is invited to next year’s celebration of the 40 years of diplomatic ties between Korea and Singapore, symbolizing that Korea and Singapore are “Soul Mates.”

Since its formation in 1962, the Korea National Opera has been contributing to the cultural dialogue between the East and the West, continuously staging classical European operas and original creations over the past 53 years. Being one of the first opera companies to introduce hard-to-come-by pieces of the repertoire, like “Der fliegende Holländer,” “Lohengrin,” “Tannhäuser” and “Mephistopheles” to the Korean public, it has become a leader on the Asian opera stage. In 2013, the epic opera “Parsifal” premiered in Seoul, to celebrate the 200th anniversary of Wagner’s birth, creating quite a sensation.

The Korea National Opera will be under the baton of conductor Kim Duk-ki, who has an excellent instrumental talent and ability to interpret opera music, and producer Seo Jae-hyung. Opera singers active both domestically and internationally will participate in this performance to showcase the charms of Korean opera to the Singaporean audience.