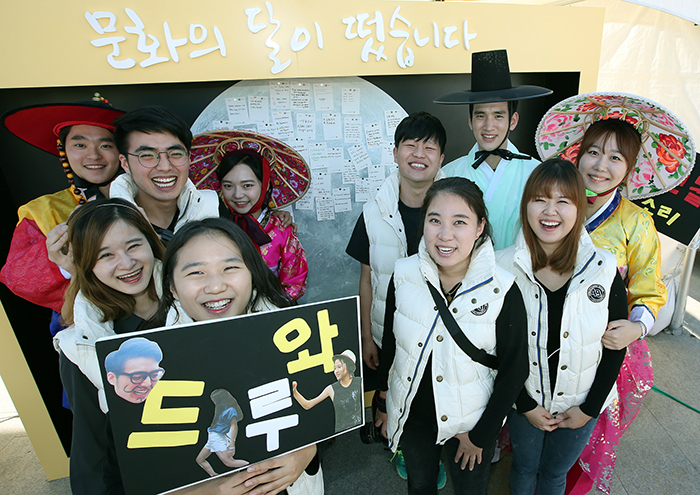 A college press corps covering the Ministry of Culture, Sports and Tourism poses with a smile on their faces on October 17 as the Gwangjang Festival is underway at the May 18 Democracy Square to mark the “Month of Culture” in Gwangju, Jeollanam-do.

Gwangju, Jeollanam-do (South Jeolla Province), is alternatively known as the “City of Light,” with gwang meaning “light” in Korean and ju from the word for “province.” The southern city now abounds with cross-cultural activities that involve traditional food, arts and performances.

Recently, this “City of Culture,” another nickname for Gwangju, has been playing host to a special festival going on around the Asian Culture Complex, focusing especially on the cultures of East Asia. 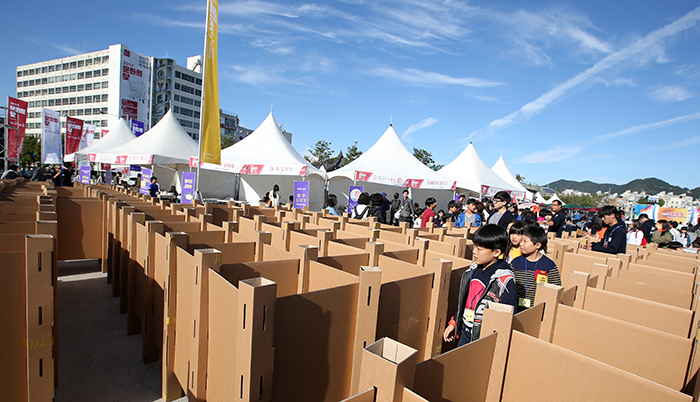 Fair-goers enjoy the Gwangjang Festival held at the Asian Culture Complex in Gwangju as they navigate a cardboard maze.

The Gwangjang Festival is underway at the May 18 Democracy Square, nestling adjacent to the culture complex, to mark the government’s “Month of Culture,” which was officially launched on October 18.

As part of the festival, representatives from eight South Asian nations hosted a series of performances, emblematic of the traditions of their own countries.

A college press corps covering the event, too, hosted an event for those gathered at the festival. Participants had to compose a poem that consisted of three lines, under the title of “The Moon of Culture Rises.”

There were laughs and giggles resonating from children who tried to pass through a labyrinth made of cardboard boxes and who also indulged in a variety of traditional Asian folk games.

The festival also featured booths to allow spectators to sample traditional Asian foods. They were also able to vote for their favorite food tent.

Other visitors browsed around and even bought some craftworks or works of art on display across from the food tents. 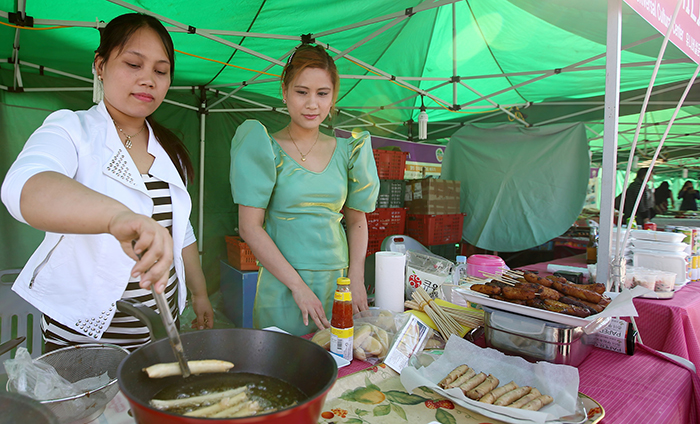 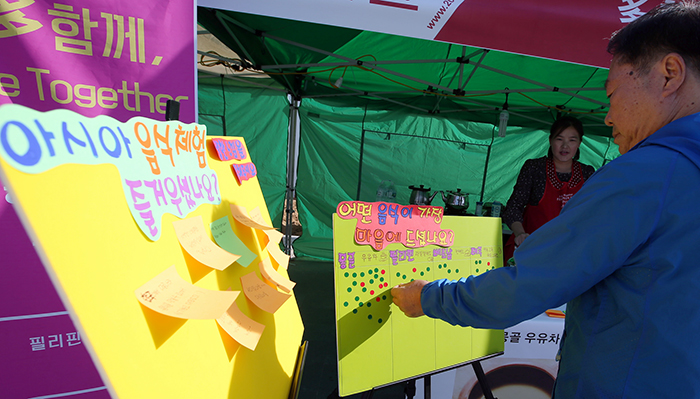 A visitor casts his vote for the best food stall among the traditional Asian cuisines he sampled, part of the Gwangjang Festival on October 17.

Meanwhile, the nearby Asian Culture Complex welcomed visiting culture ministers and vice ministers, as well as ambassadors, from eight South Asian countries. They visited the city for the Korea-Southern Asia Culture Ministers’ Meeting that took place between October 17 and 18.

The delegation looked around the main facilities of the building, due for completion soon. It will be a cultural complex designed for exhibitions, performances and festivals.

After the tour, many of the delegates agreed that Gwangju was the most suitable city to hold such cross-cultural festivals, events that introduce and encompass a variety of cultures, not just from South Asia but also from across Asia as a whole.

Culture Ministers and other delegates visit Gwangju to attend the Korea-South Asia Culture Ministers Meeting. Here, they browse around the Asian Culture Complex and its facilities on October 17 in Gwangju. 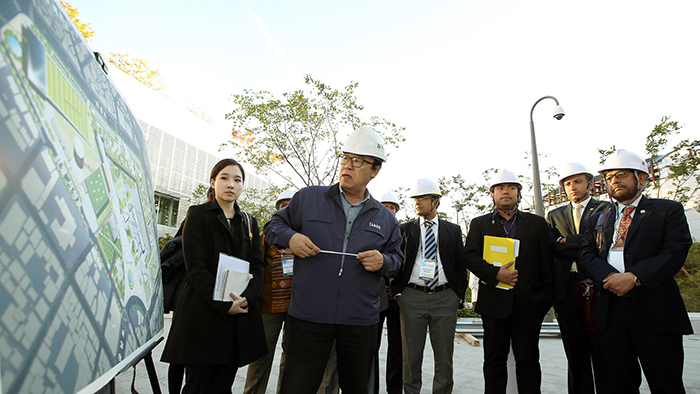 On October 18, the official launch ceremony for the government’s “Month of Culture” took place, featuring an array of art events and performances. During the ceremony, performing groups from Korea, China and Japan — each from a separate city that has been designated as a “Culture City of East Asia” — presented their respective traditional shows. Works of media art and displays of laser-projected three dimensional images added to the spectacle, too.

On October 19, non-Koreans residing in the city gathered together and were welcomed at an event to share their different cultures and to build networks among themselves. 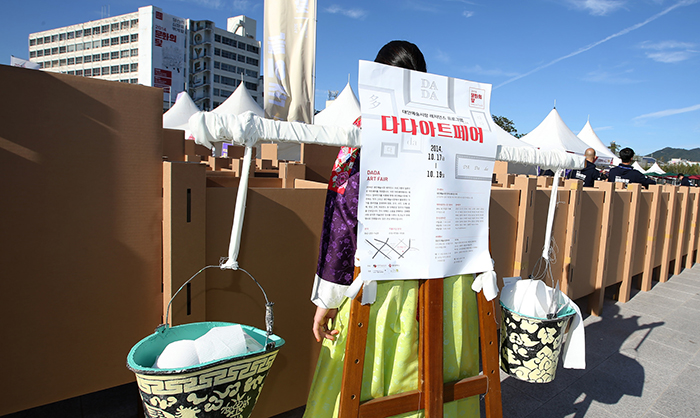 A woman clad in traditional Hanbok attire carries a traditional A-frame on her back that says, “Dada Art Fair,” as she looks around what’s on offer at the Gwangjang Festival on October 17.

A total of 21 artists were part of the event, too, as they put on display a collection of their own paintings, sculptures, photographs, craftworks, media art and ceramics at the artist-in-residence program, “Dada Art Fair.”