More than 10,000 wines were featured at a special festival that took place in Daejeon from October 2 to 5.

The 3rd Daejeon International Food & Wine Festival was underway at various venues across the city, including the Daejeon Trade Exhibition Center, the Daejeon Convention Center and the EXPO Science Park. Under the theme of, “Wine Meets Music and Business,” the festival brought together many of the world’s wine varieties, and added to the delight with some classical and jazz music. 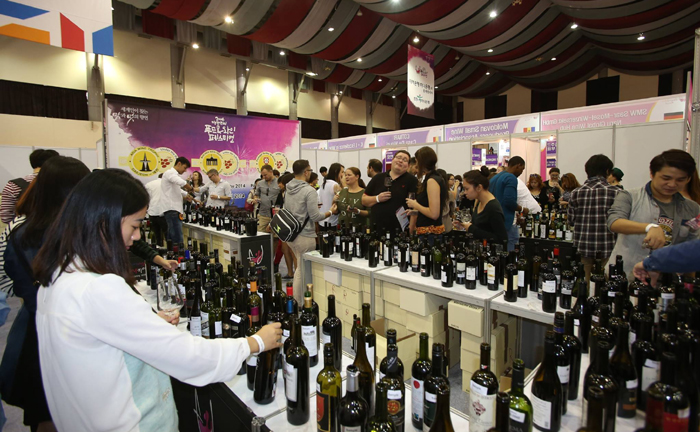 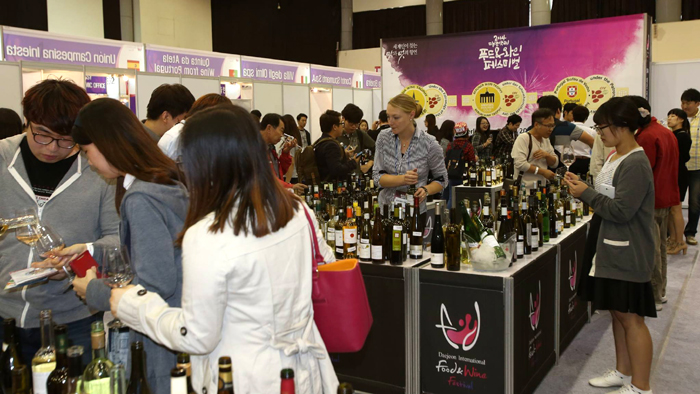 A variety of events were on offer, too, such as an exhibition of international wines, as well as booths that allowed visitors to sample some of them. There were musical performances as well.

A total of 334 booths were set up to showcase wines coming from 19 countries, including France, Germany, Italy and Chile. Also, about 100 types of traditional liquors were being promoted, too.

Among the Korea-made traditional alcoholic drinks introduced here, there was Gwahwaju, the most famous liquor from the Joseon Dynasty (1392-1910), Daetongju, a refined distillate of bamboo leaves and shoots and having an alcohol content of more than 60%, Cheonbihyang, a liquor brewed three times in a traditional manner, and Hwayo, a distilled soju made with rice and bedrock water.

Besides those, spectators had the chance to see and sample other traditional Korean liquors, such as the well-known Andong soju that originated from the region around Andong, Gyeongsangbuk-do (North Gyeongsang Province), and other boozes made with various ingredients, including ginseng, red ginseng and raspberries. 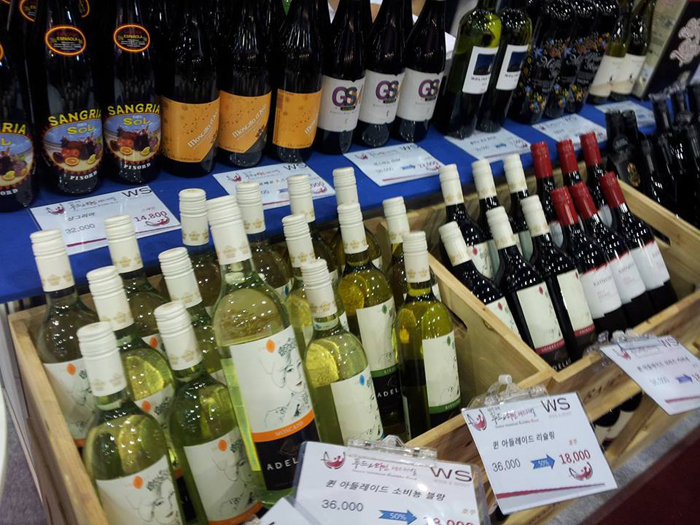 An array of international wines from 19 countries from across the world is on offer at the 2014 Daejeon International Food & Wine Festival. 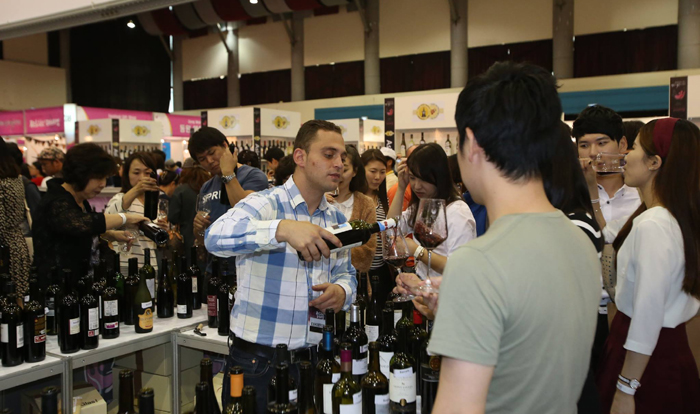 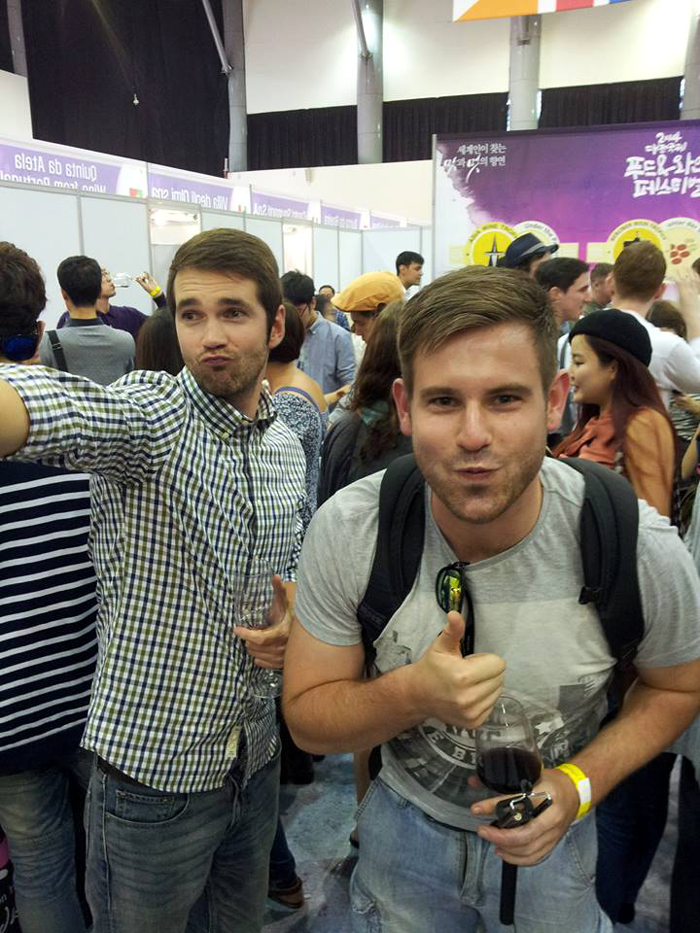 Visitors sample some of the wines on offer at the 2014 Daejeon International Food & Wine Festival.

There were also events designed for those who came looking for a good deal or for a good business idea, as well. The sideline events, the Asia Wine Buyers Conference and the Business Day, made it possible for wine experts, buyers and those in the wine industry from Europe, the U.S. and Asia, to exchange their expertise and to talk about their businesses.

“I am satisfied with the way in which the festival runs such conferences and events designed for buyers looking for good business opportunities. Through these events, we can introduce a variety of Italian wines, as well as talk to a lot of experts in the industry,” said Andreas Kossler, an Italian wine expert. “I’d like to continue to be part of the festival, as the city of Daejeon is now emerging as a hub that brings together the world’s wines.” 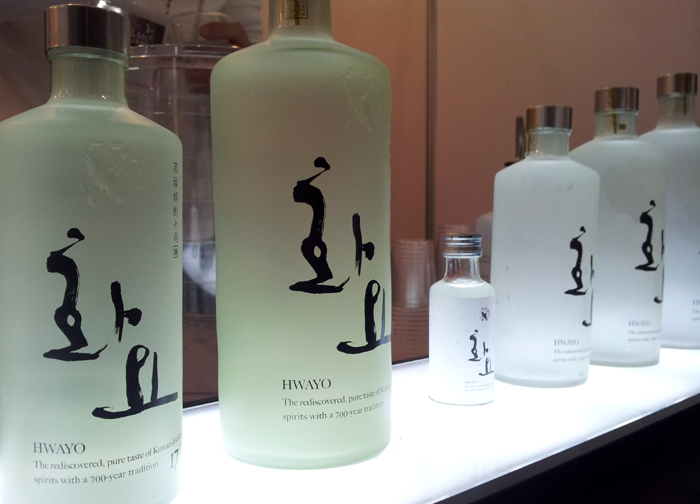 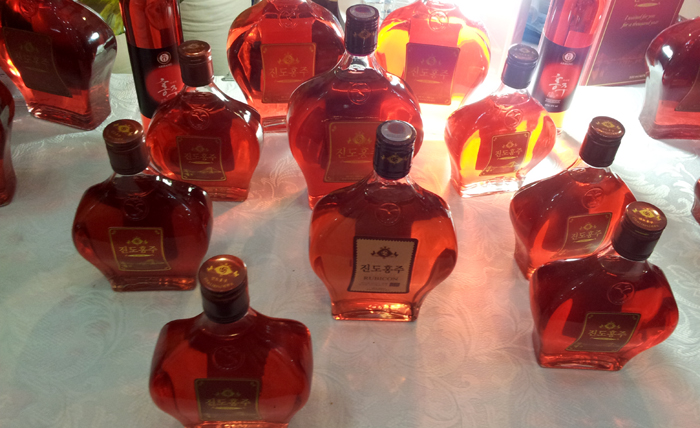 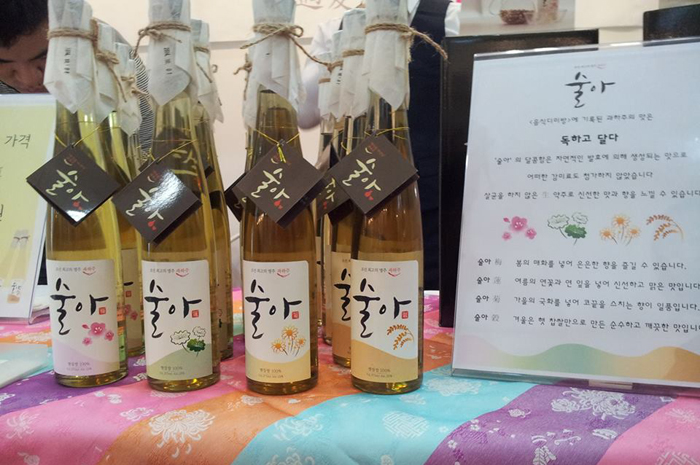 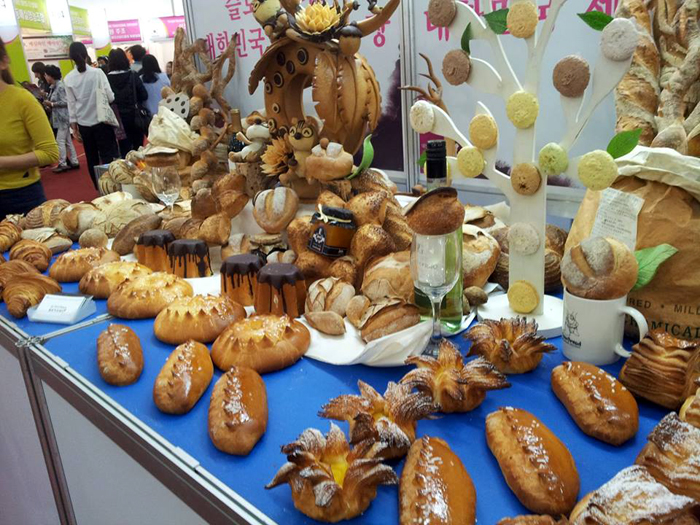 On display are dishes that might go well with a variety of wines, at the 2014 Daejeon International Food & Wine Festival.

“This year’s festival has gotten lots of rave reviews as it features interesting events, too, such as sampling events, a conference for wine buyers and musical performances,” said Yoo Seung-byung, chairman of the Daejeon International Food & Wine Festival Organization Committee. “We will keep working to make the festival a sustainable one that helps to boost the local economy, too.” 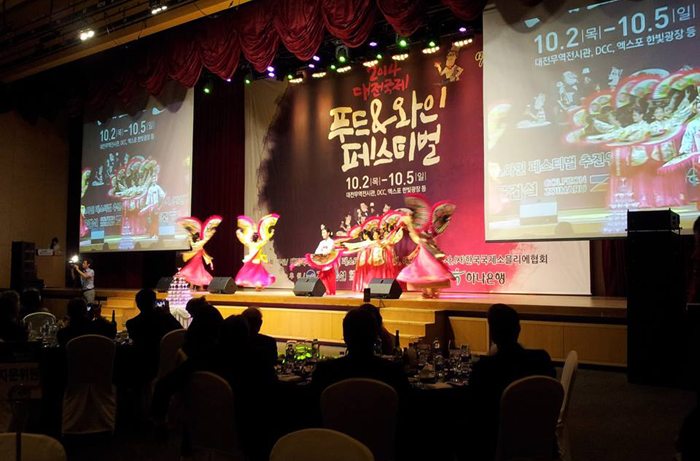 A variety of performances bring some color to the 2014 Daejeon International Food & Wine Festival. 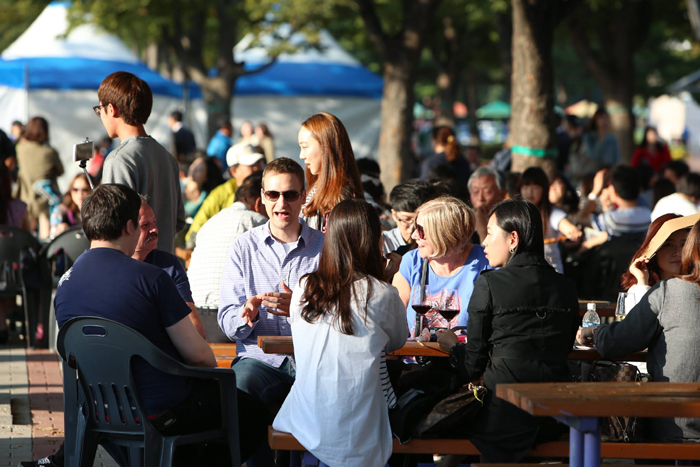 More than 300,000 visitors, from home and abroad, flock to the four-day Daejeon International Food & Wine Festival.