Prince Hodong and Princess Nakrang: A tragic love in a time of war

Prince Hodong was the handsome and intelligent first son of King Daemusin from the Goguryeo Kingdom (37 BCE–668 CE), one of the ancient Three Kingdoms of Korea located in the northern and central parts of the Korean Peninsula. The 20-year old Hodong was very popular among his people due to his vibrant, enthusiastic and cheerful personality.

One day, the prince competed in a hunting contest and caught a white deer, which symbolized a godly creature. Coincidently, he met King Choe Ri of Nakrang, a kingdom which was allied with China’s Han Dynasty (206 BCE–220 CE). The king discovered the sparkling charm of Hodong and decided to introduce him to his 18-year-old daughter, Princess Nakrang. The prince fell in love with her at first sight. 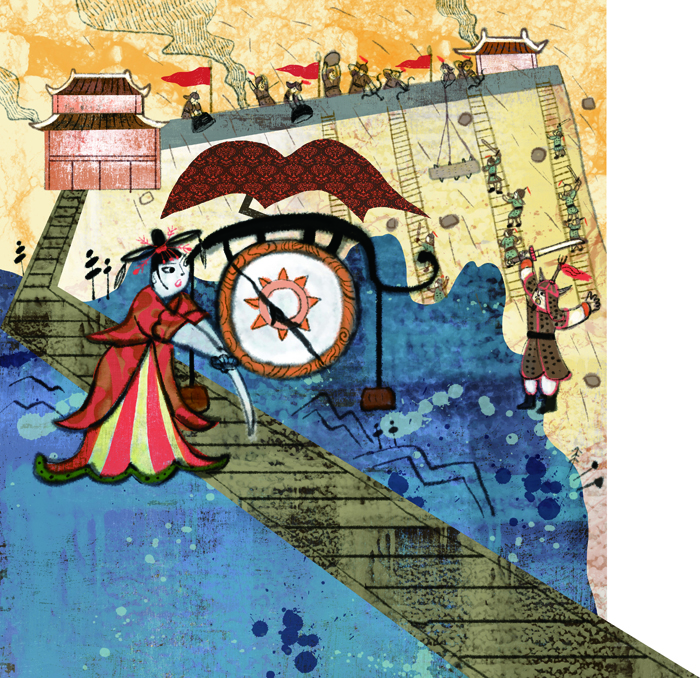 Upon returning to Goguryeo, Hodong expressed his desire to tie the knot with Nakrang. Although King Daemusin accepted his son’s formal request, the king was not fully convinced of and satisfied with his son’s decision. As the third king of Goguryeo, Daemusin wanted his son to prioritize the restoration of his kindgom’s territory and the conquest of Nakrang to free the Koreans residing there. The prince reassured his father that he would do his utmost to free the innocent Korean nationals in Nakrang, and also pledged to not disappoint the king and his people. His promises enabled him to gain permission to marry Princess Nakrang.

Immediately after receiving his father’s official approval for marriage, the prince hurried to the Nakrang Kingdom to share the news that his father, the king, was fully supportive of his marriage and that he and Princess Nakrang could live happily ever after. Love at first sight led to marriage, and the young couple seemed to be living a happy and sweet life for a while. The problem was that King Daemusin had secretly plotted to conquer the Nakrang Kingdom. He was well-prepared and knew both the strengths and weaknesses of his daughter-in-law’s kingdom. The mission was to remove an item in Nakrang that would negatively affect Goguryeo’s plans. 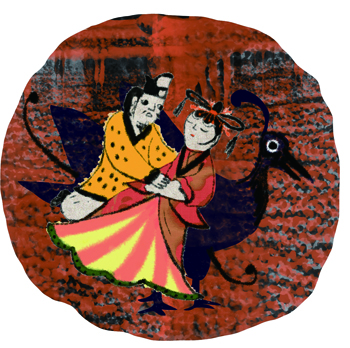 The Nakrang Kingdom possessed a strange drum called “Jamyeonggo,” which played itself whenever danger approached. The purpose of this drum was to automatically ring when enemies approached. The success of the attack would depend on whether Goguryeo could remove the big drum from Nakrang.

King Daemusin ordered his son Hodong to ask his wife to help Goguryeo by tearing down the drum in Nakrang. It was known that without the removal of Jamyeonggo, it would be difficult to defeat the Nakrang Kingdom. Goguryeo had previously been defeated by Nakrang after the drum had alerted the Nakrang army. Prince Hodong could not disobey his father, so he sent a secret letter to his wife asking her to tear apart the drum for the purposes of conquering the Nakrang Kingdom and bringing peace to Goguryeo. Torn between her husband and her father, Princess Nakrang ultimately opted to tear apart the drum, an action that eventually led her father, King Choe Ri, to kill his own daughter.