Already geographical neighbors, Korea and Japan have now gotten much closer with a big festival that took place in Seoul on September 14.

The fair was launched in 2005, designated as the year of Korea-Japan friendship in commemoration of the 40th anniversary of the normalization of diplomatic ties between the two modern countries in 1965. This year’s event, the Korea-Japan Festival 2014 in Seoul, brought together many people, showcasing a variety of musical performances, dances, fashion parades and product samples. 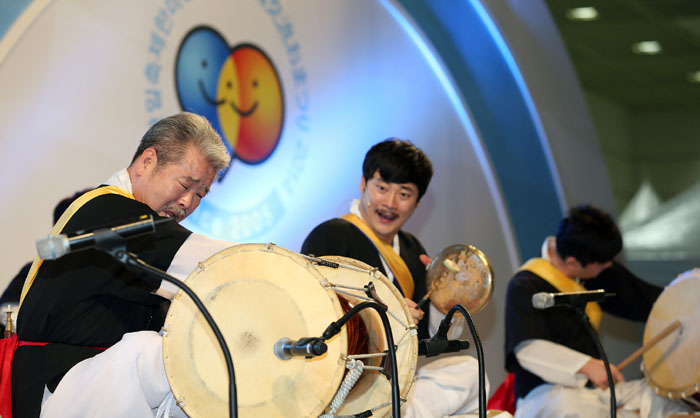 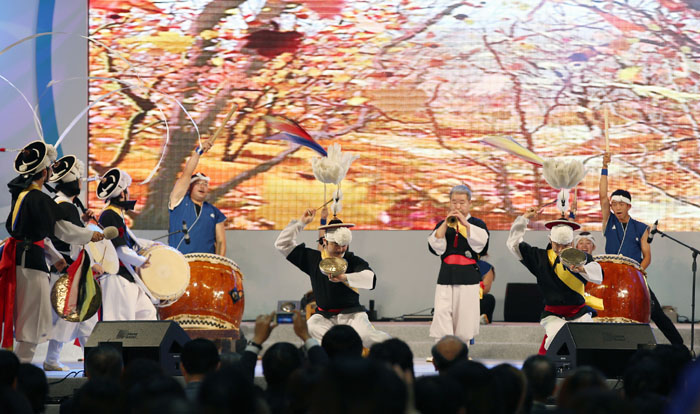 The percussion ensemble SamulNori, led by master player Kim Duk-soo, jointly performs with Japanese traditional drummers during the Korea-Japan Festival 2014, being held at COEX in Gangnam, Seoul, on September 14.

Emceed by Japanese actresses Fujii Mina and Okawa Nobuko, the festival boasted a celebrity-filled cast, including Korean and Japanese pop and hip-hop stars, as well as traditional musicians from both two countries.

Juri Ueno, a Japanese actress who earned a lot of popularity all across Asia, not just in Korea, with her role in the 2006 hit soap opera “Nodame Cantabile,” also showed up at the festival as a special guest, to say hello to her Korean fans. 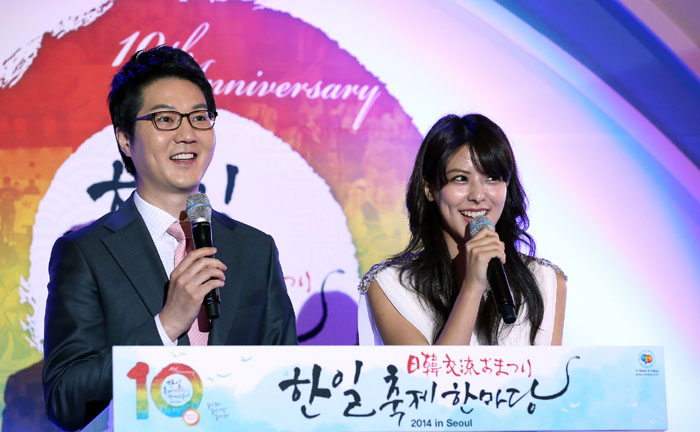 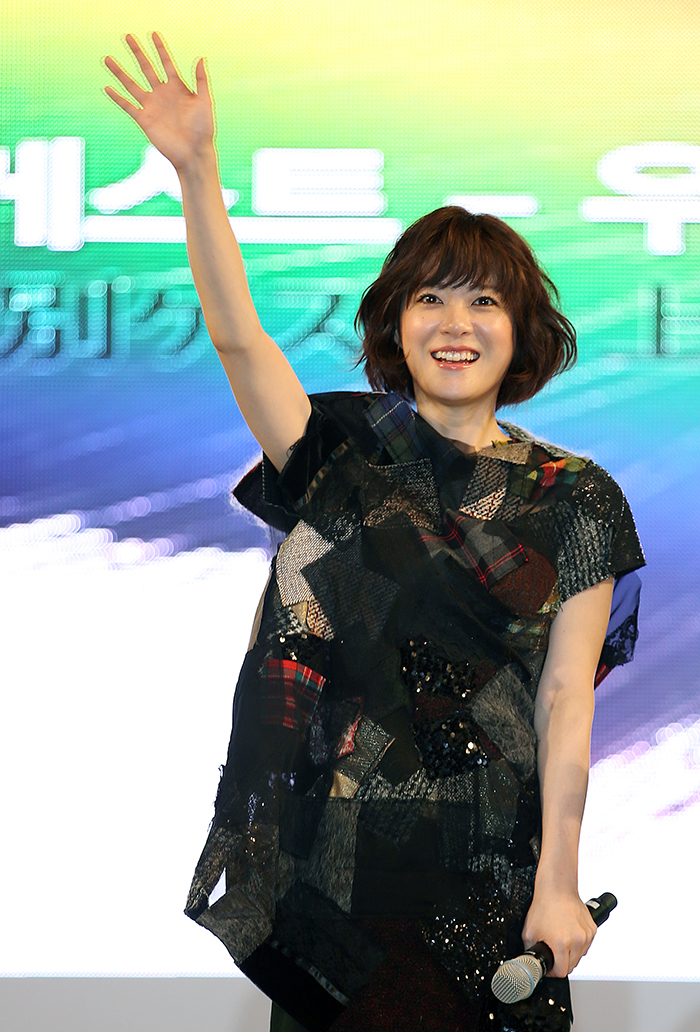 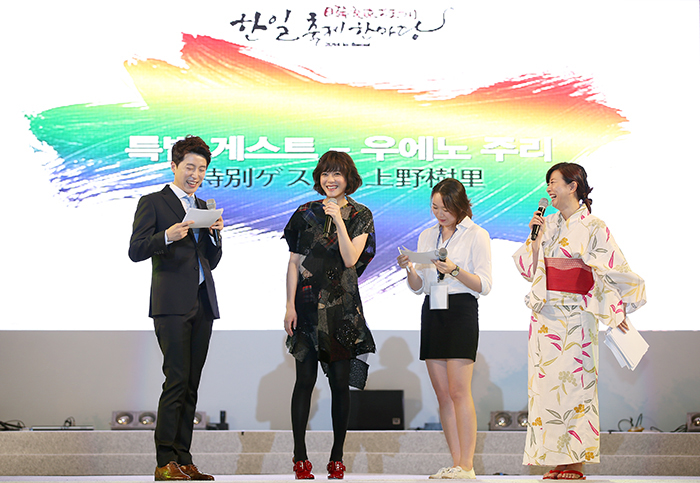 The three sections of the main show featured, from the Korean side, the Yeongdong Nangye traditional music group, pianist Lim Dong-chang and the percussion ensemble SamulNori led by master performer Kim Duk-soo, to name just a few of the artists present.

The Japanese side featured Yoshimata Ryo, who won over the hearts of Korean fans with his composing of the theme song for the 2001 film “Between Calm and Passion,” singer Mayu Wakisaka and the pop trio YANAKIKU, all helping to light up the hall. 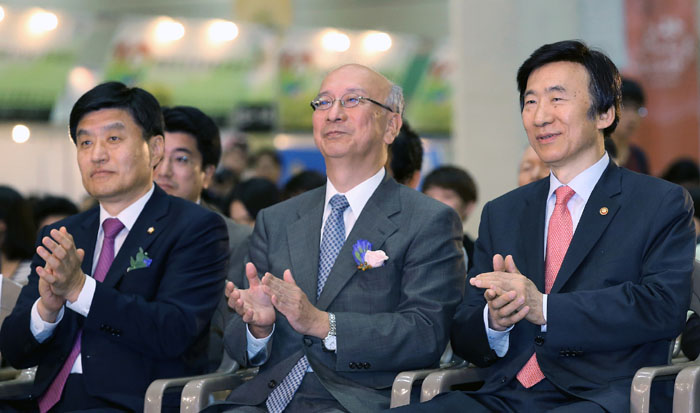 Minister of Foreign Affairs Yun Byung-se (right) and the Japanese ambassador to Korea, Koro Bessho (center), enjoy the performances during the Korea-Japan Festival 2014 in Seoul on September 14.

“The more of these kinds of cultural events, the closer the two countries, as well as the two governments, will get,” said Minister of Foreign Affairs Yun Byung-se who attended the festival.

“As next year marks the 50th anniversary of the establishment of diplomatic relations between the modern states of Korea and Japan, our government will work to hold more such cultural events with the goal of further bringing together the two countries. We will also make an all-out effort to bring a new level of cooperation to other areas, as well.”

Japanese Ambassador to Korea Koro Bessho, also in attendance at the festival, saw eye-to-eye with Yun on the need to continue such cultural exchanges in order to boost friendly ties between the two nations.

“This kind of cultural exchange will serve as a major step forward in resolving the still-remaining conflicts between the countries,” the ambassador said in his congratulatory speech. He also mentioned that, as next year marks the 50th anniversary of diplomatic ties, “We hope to go forward and to make a fresh start.” 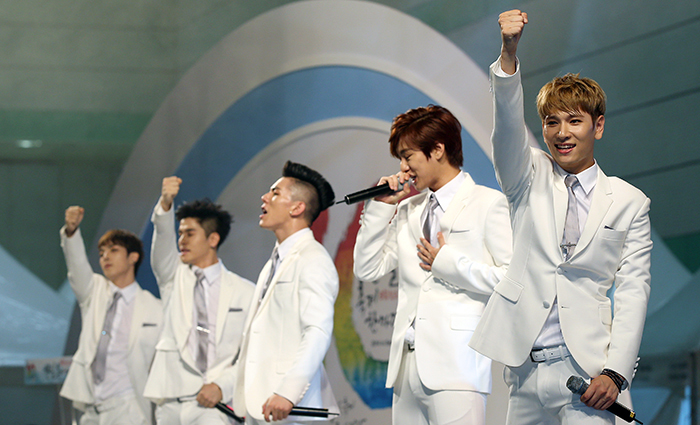 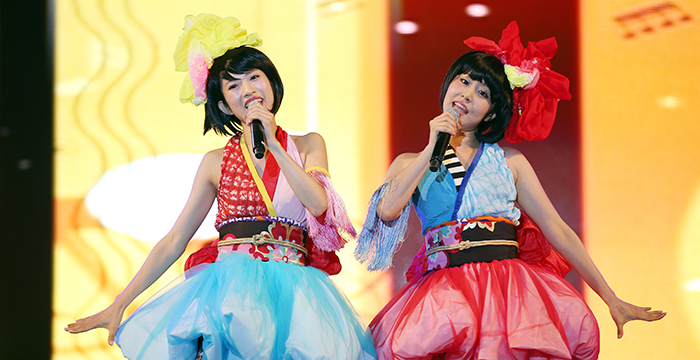 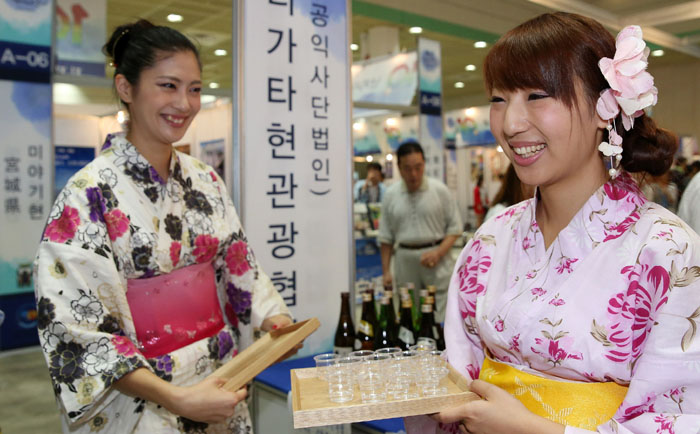 Women clad in traditional Japanese yukatas approach visitors with samples of sake during a sideline event at the Korea-Japan Festival 2014 festival. 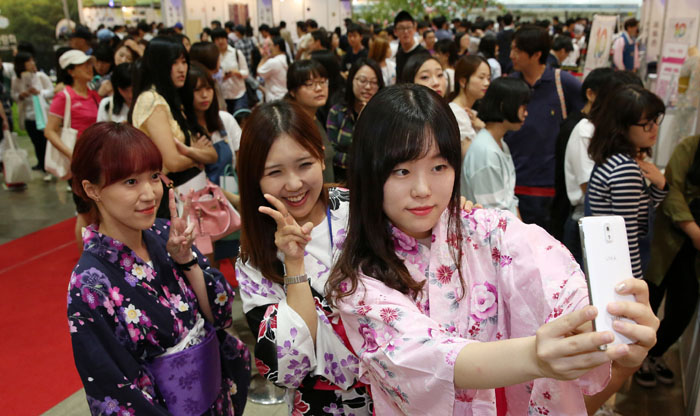 Visitors to the Korea-Japan Festival 2014 try on traditional Japanese yukatas. 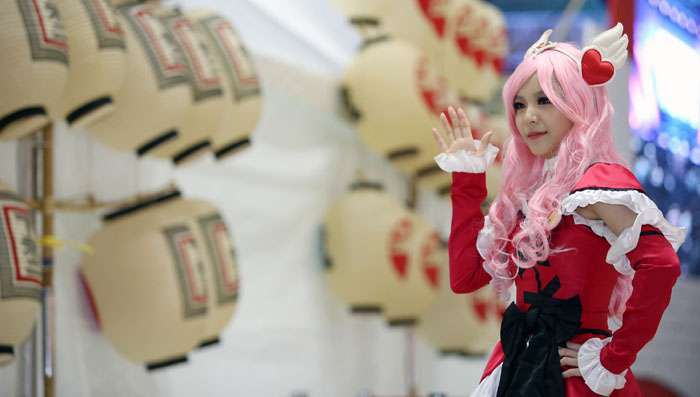 A participant in the cosplay competition poses for a photo as she takes part in the Korea-Japan Festival 2014. 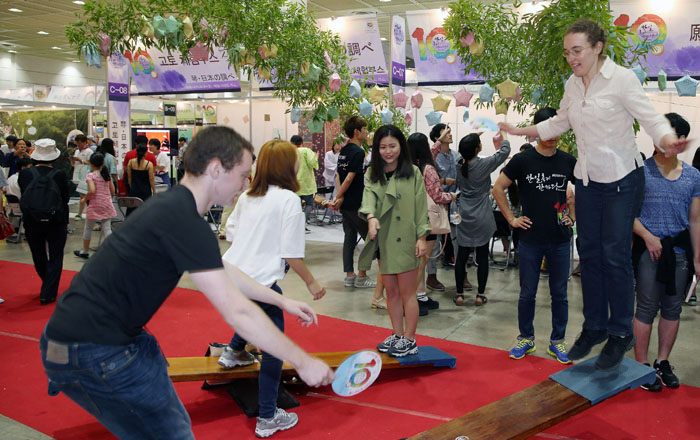 The Korea-Japan Festival is the biggest cross-cultural event between the two neighbors and has been going on now for ten years. Since 2009, the festival has been held simultaneously in Tokyo, too. This year’s Tokyo festival will take place in Hibiya Park in Chiyoda, Tokyo, on September 27 and 28.