Film festival kicks off in Bucheon 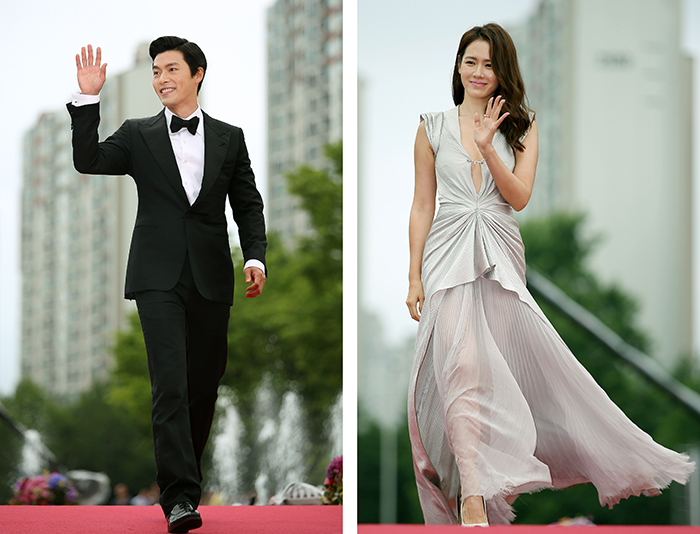 Hyun Bin (left) and Son Ye-jin walk down the red carpet during the opening ceremony for the 18th Puchon International Fantastic Film Festival on July 17. They each received a Producers’ Choice Award. (photos: Jeon Han)

The Puchon International Fantastic Film Festival (Pifan) began on July 17 in Bucheon City, Gyeonggi-do (Gyeonggi Province). A total of 210 films from 48 countries, including 87 short films, will be screened in this year’s annual film festival as it marks its 18th anniversary. The opening film was “Stereo” by German director Maximilian Erlenwein. The festival is known for its highlighting of horror, thriller, mystery, fantasy, low-budget and indie films. 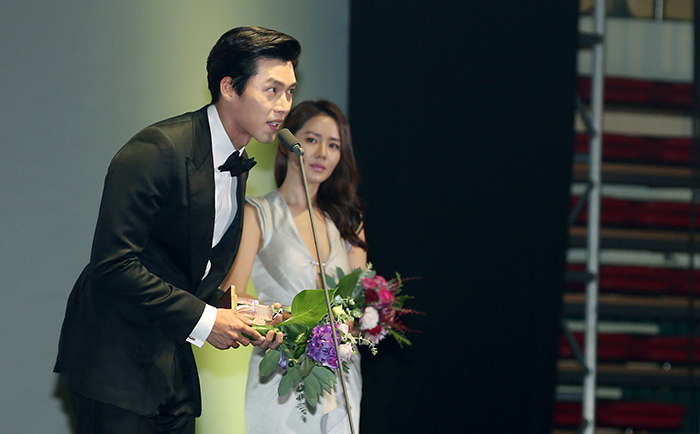 Shin Hyun-joon and Yoo In-na acted as emcees for the opening ceremony. Actor Hyun Bin and actress Son Ye-jin received this year’s Producers’ Choice Awards. Hyun said, “Thank you for giving me such a prestigious award. It is even more meaningful as this award is given by the producers. I hope to work with many good producers in the future. I will make an effort to meet the fans’ expectations with ever better works.” “I am very delighted to receive this award as it is awarded by producers,” said Son Ye-jin after receiving her award. “I am so honored and I feel proud to be a Korean actress,” she added. 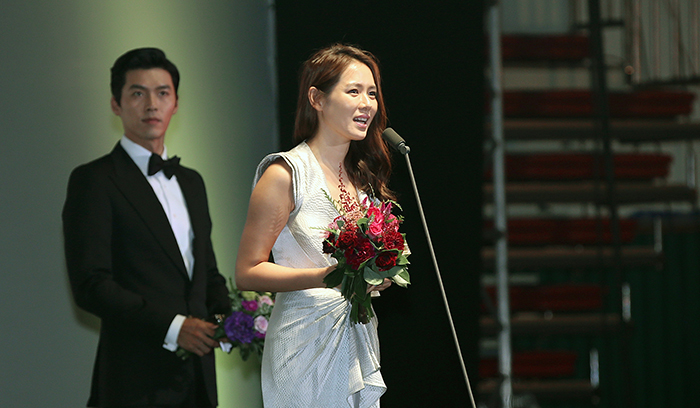 Son Ye-jin (right) says she is so happy to receive the Producers’ Choice Award and feels proud to be a Korean actress. (photo: Jeon Han)

Pifan Lady Shim Eun-Kyuong, acting as a PR ambassador for this year’s festival, received the Fantasia Award alongside actor Kim Woo-bin. Shim said, “I am so appreciative for having been selected as a recipient of the award and as a PR ambassador. I will remember the meaning of the award and make an effort to become a great actress who can strive across a variety of genres.” 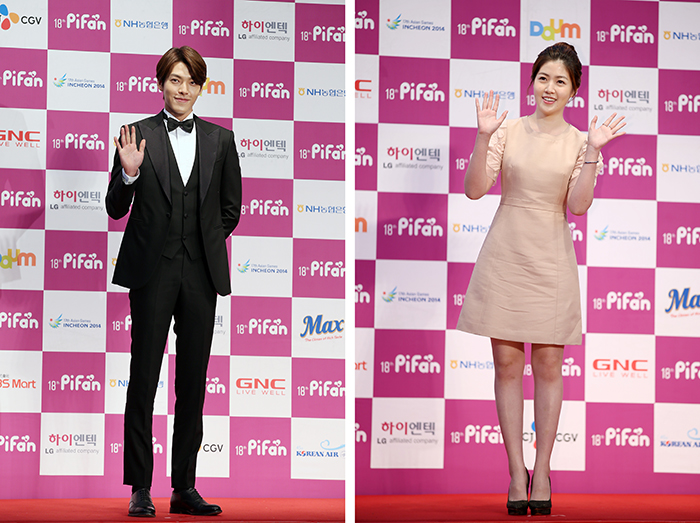 Kim Woo-bin (left) and Shim Eun-Kyuong pose for a photo during Pifan’s opening ceremony on July 17 where they each received a Fantasia Award. (photos: Jeon Han) 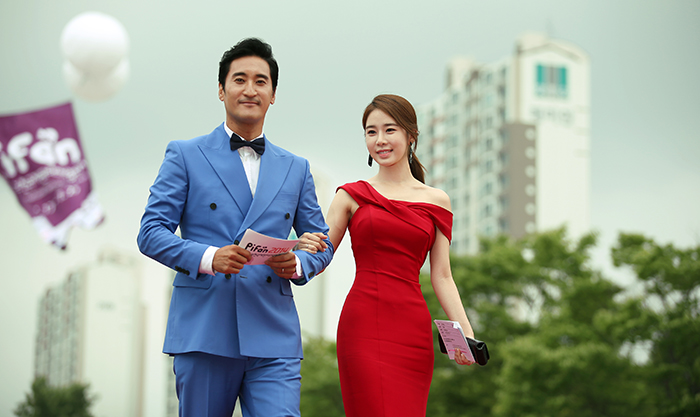 Shin Hyun-joon (left) and Yoo In-na walk down the red carpet as they arrive at the Pifan opening ceremony on July 17. They are joint emcees of the ceremony this year. (photo: Jeon Han)

The festival will last until July 27. The jurors for the “Puchon Choice: Feature” category are actress Jo Min-su, director Kim Sung Soo, Filipino actor Erik Mattie, the director of festivals and alternative theatrical distribution for Shoreline Entertainment Tom Davia and Argentinean film expert Diego Marambio Avaria. They will select winning films in six categories. The closing film will be “My Ordinary Love Story,” directed by Lee Kwon, a film which covers a wide range of social issues. 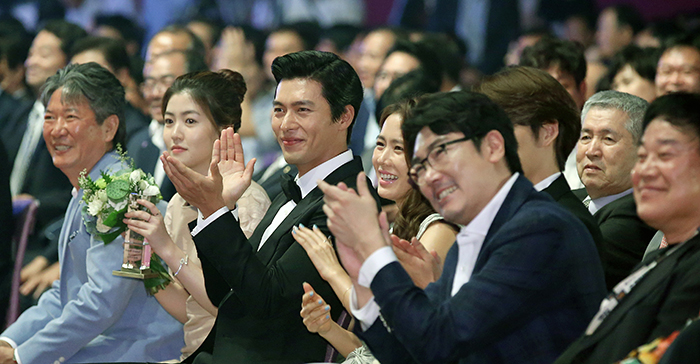 Movie stars, including Shim Eun-Kyuong (second from left), Hyun Bin (third from left) and Son Ye-jin (fourth from left), give a big round of applause during the Pifan opening ceremony hosted by emcees Shin Hyun-joon and Yoo In-na on July 17. (photo: Jeon Han) 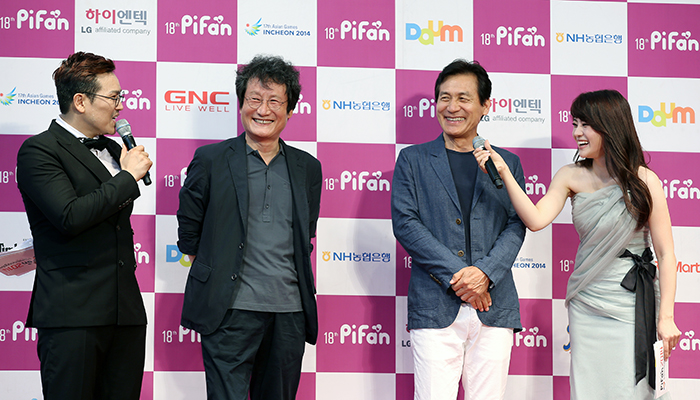 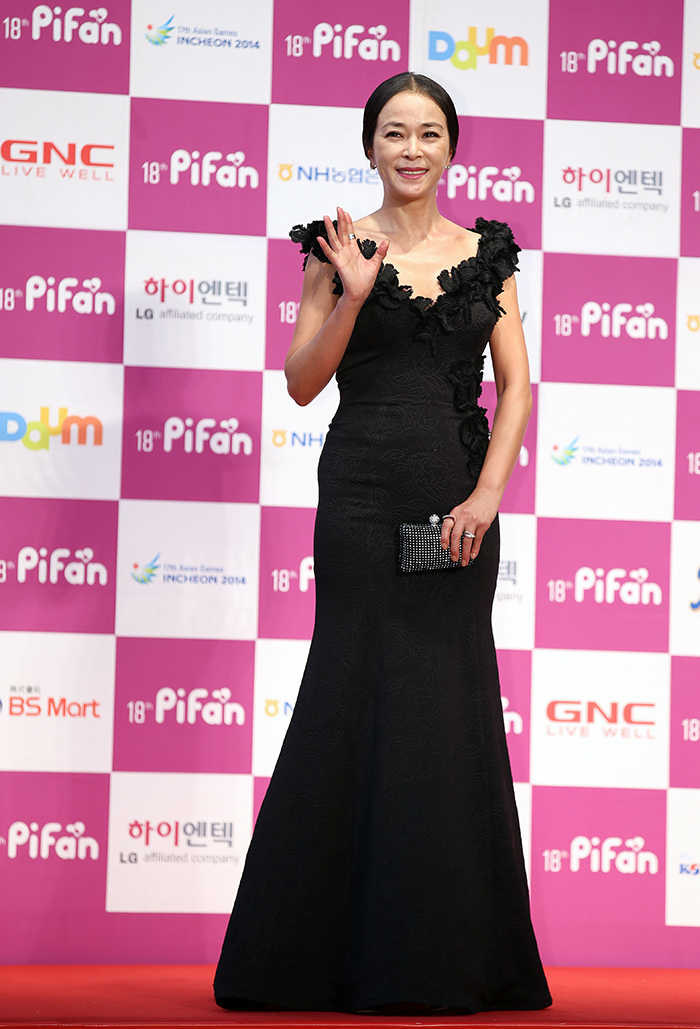 Actress Jo Min-su poses for a photo on the red carpet at the Pifan opening ceremony on July 17. Jo is one of judges on the “Puchon Choice: Feature” award panel. (photo: Jeon Han) 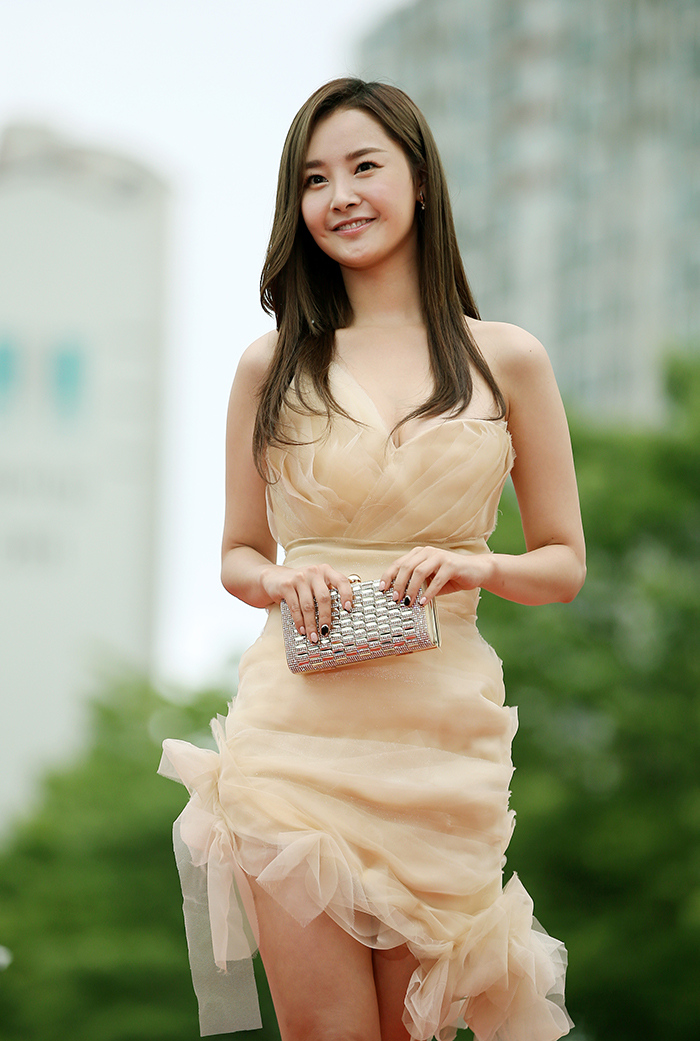 Singer Woohee, of the girl group Dal Shabet, walks down the red carpet during the Pifan opening ceremony on July 17. (photo: Jeon Han)