Players’ ranks are indicated by dan (段) and kyu (級) from the lowest, which is 30th kyu, up to the highest, ninth dan.

The winner had tied with Wi and sixth-dan Chinese player WangRuoRan, each with seven wins and one loss after eight matches. Under the rules outlined by the Swiss Go Association, however, in the case of a tie, a count-back takes place, and Yitien Chan took home the trophy for the first time. 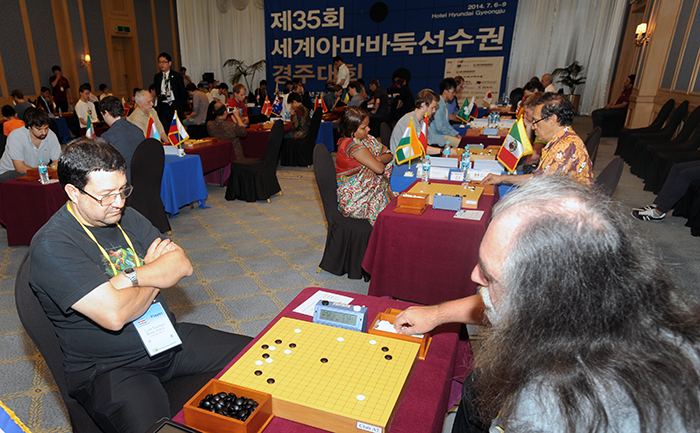 The championship that began in Japan back in 1979 in an effort to raise worldwide awareness of the game, took place in Korea for the first time.

The games were played by participants from a total of 54 countries, with 32 of them in Europe, 12 in Asia, six in the Americas and two each in Oceania and Africa. Players varied in rank, from fourth kyu all the way up to seventhdan. They came from all walks of life, too, from a psychologist, mathematician and hotelier to a casino dealer and student. Most interestingly, among them were both the youngest and oldest players in the 34-year history of the event. Second-dan player Vo Nhat Minh, 12, from Vietnam was the youngest, while Deak Csaba, a first-dan player from Brazil, was the oldest.

All the participants seemed simply to enjoy playing the game itself, without being too concerned about who won or lost. The championship brought all of them together, no matter what language or what age. They soon became friends, alternately placing black and white stones on the grid.

Japan and China hosted all previous championships except for the one in 2013. A total of 19 victories have gone to China, eight to Japan, and six to Korea. Hong Kong has won one championship and Taiwan now joins the ranks of winners with the victory seized by Yitien Chan on this occasion. 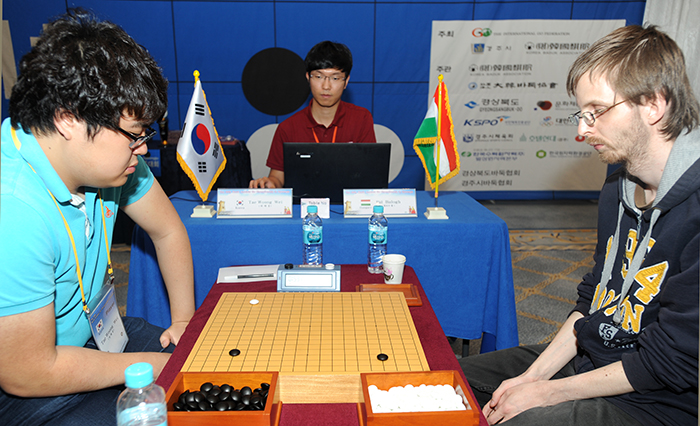 The game of Go, also known as Baduk in Korean, is a two-player board game originating in China, in which players takes turns placing black and white stones on different points of a grid of 19X19 with 361 intersecting points, trying to occupy more of the so-called “house.”

The oldest records of playing Go can be found in the Baekjebonki (百濟本記) in Samguk Sagi, a historical record of the Three Kingdoms Period (57 B.C.-A.D. 668), wherein, it says, the 21st king of the Baekje Kingdom (18 B.C.-A.D. 660), Gaero, played Go with Buddhist monk Dorim.
By Jeon Han, Sohn JiAe
Korea.net Staff Writers
hanjeon@korea.kr