No discussion of the West Sea town of Boryeong is complete without mentioning the eponymous mud festival, which has gained a reputation as a particular favorite among expatriates. From its humble beginnings, this celebration of the city’s mud, touted for its rich mineral content, now attracts upward of 2 million visitors over a 10-day period each July.

Kicking off on July 18, the festival, which is now in its 17th year, promises to be no less action-packed than previous editions. It was originally conceived of as a way to promote the reported rejuvenating effects of the area’s mud, which has been used in cosmetics since the mid-1990s.

The biggest attraction for many visitors, however, is rather less health-minded: the rare chance to ditch decorum and literally get dirty with thousands of other fun-seekers in an electric atmosphere. Slides, obstacle courses, pools waist-high in mud and much more ensure that no one stays clean for long.

The bulk of the activities take place in a large enclosure set up on the main strip of Daecheon Beach. Since passes do sell out, be sure to get there in the morning to ensure you get your fill of mud-based frolicking.

There are also plenty of less messy, but no less worthwhile, attractions on offer. Live music provides the soundtrack to the celebrations throughout, while a futsal tournament caters to budding football stars and spectators alike. A stunning fireworks display closes out the first Saturday and second Sunday, the latter being the final day of the festival. 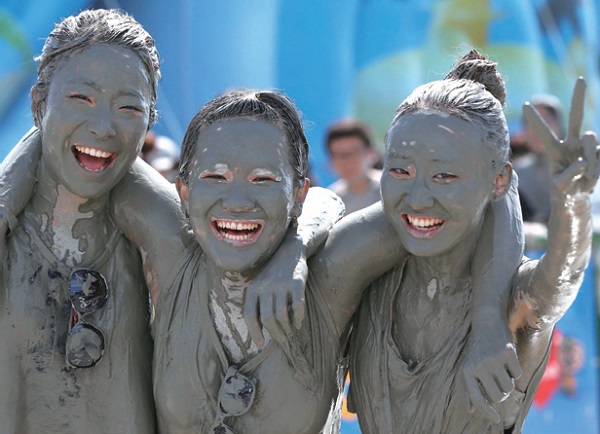 Boryeong’s energy may peak in July, but that is no reason to ignore it the rest of the year. The city and its environs at the southern end of Chungcheongnam-do feature a wealth of leisure, historical and cultural attractions that easily justify a visit outside of the festival period.

Given Boryeong’s location on the west coast, much of the area’s allure lies in its proximity to the ocean. As well as being the main site of the mud festival, Daecheon Beach is a haven for seekers of sun and surf throughout the summer. A short taxi or bus ride from Daecheon’s train station and main bus terminal, the 3.5 km stretch of golden sand along the Yellow Sea is arguably best appreciated outside the crowded festival period.

A plethora of restaurants line the strand to sate appetites worked up after a bracing swim or a day spent simply lounging in the sun. The local specialty, naturally, is seafood, typically barbecued and served with a healthy dollop of ssamjang, a condiment made by mixing red pepper, soybean paste, sesame oil, garlic and other ingredients.

For those with a taste for the open water, a boat trip is a great way to appreciate the full beauty of the surrounding bay. Headquartered just a few kilometers from the main beach, Daecheonhang Cruise Ship operates several tours that navigate the patchwork of picturesque islands studding the coast. The biggest of these islands, Wonsando, is home to two beaches and several accommodations for visitors. 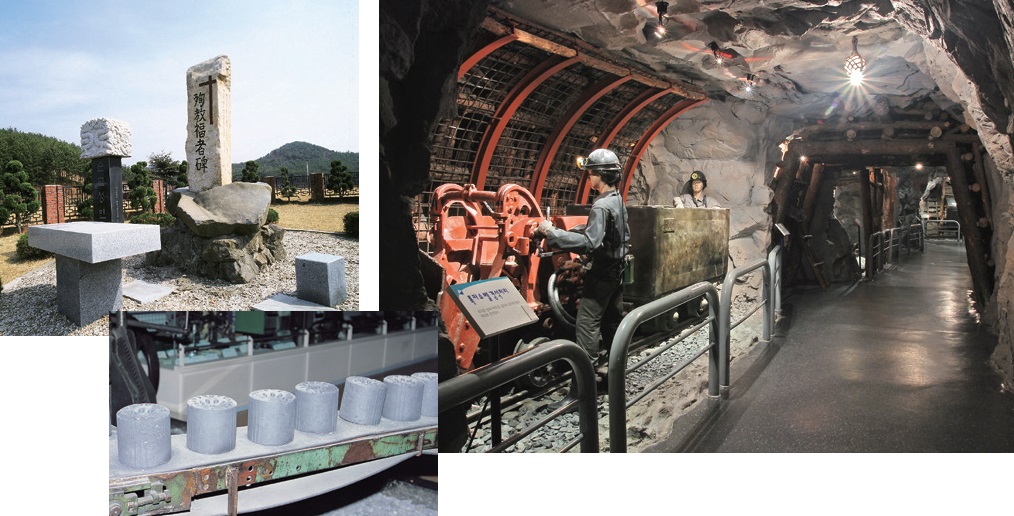 Boryeong’s highlights, however, do not begin and end at the sea. Daecheon Rail Bike, a 15-minute taxi ride inland and to the east, is one less ordinary way to take in the Chungcheongnam-do countryside, which is set apart from Korea’s typically mountainous provinces by its abundance of plains extending to the horizon. Visitors whizz along a 5 km course sandwiched between rows of hills and brilliant green rice paddies. You can pedal hard if you are hankering for a workout or simply sit back and enjoy the scenery since the carts are partially self-propelled.

The nearby Boryeong Coal

Museum, meanwhile, offers an insight into the region’s history of coal mining, documenting a way of life that has since been eclipsed by cheaper forms of energy. The area’s Simwon Coal Mine saw its last haul brought to the surface in 1994.

Today, the museum keeps the memory of the industry alive, featuring exhibitions about the formation of coal as well as much of the actual equipment and machinery used in its extraction. Visitors can also explore an underground tunnel supplied with cold air from an adjacent shuttered mine and get a sense of what it is like to descend 400 meters underground in a specially-designed elevator.

History that goes back even further is also in rich supply. Some 30 km outside of the city lies the Galmaemot Martyrs Sacred Site, where three French Catholic missionaries and two Korean laypeople were executed on Good Friday in 1866. Today, a shrine commemorates the five, who were victims of what came to be known as the Byeongin Persecution, in which the Confucian ruling class of the time resorted to violence in an attempt to suppress Catholicism. As many as 10,000 Catholics are estimated to have been martyred during the Joseon period, during which Confucianism was the state ideology.