A large group of desperate refugees dangle off a shattered bridge that has been twisted by a bomb attack during the Korean War (1950-53). An orphan cries next to his lifeless mother wearing dirty socks. Two frozen hands poke through the snow, belonging to a man who had struggled to survive. 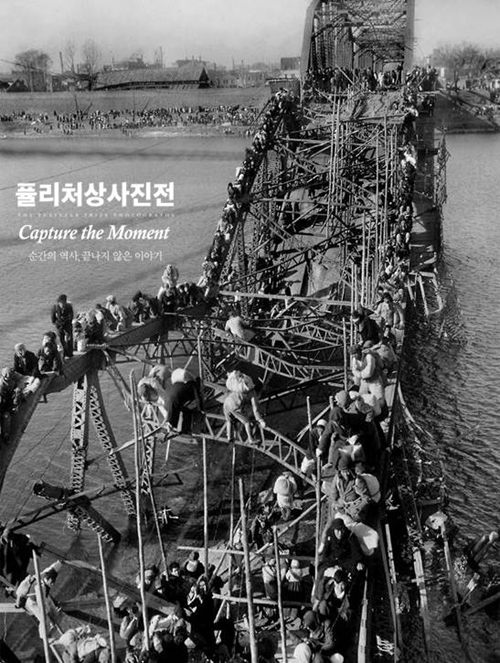 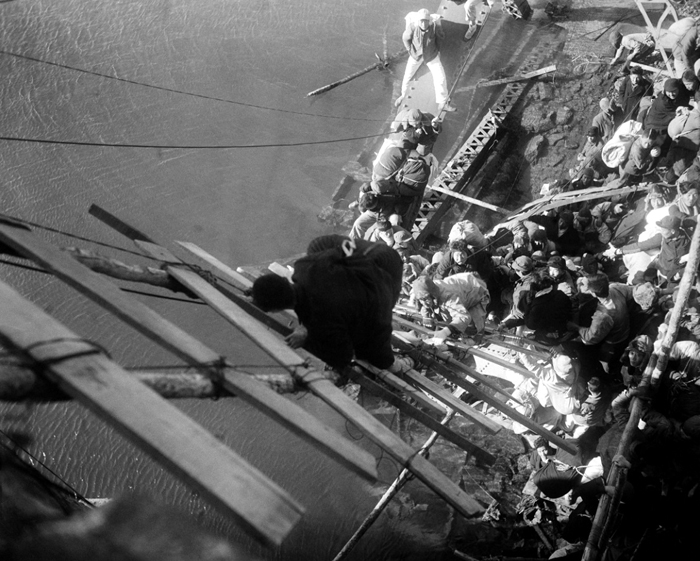 All these wartime images have been captured by a photographer’s lens and each of them are now being displayed in a frame at a special exhibition underway in Seoul.

The photographer is Max Desfor, a former photographer for the Associated Press (AP). He flew to Korea in September 1950, the fiercest moment of the Korean War, and stayed until December 1950, capturing the vivid, horrible scars left by war.

Among the photos he took during his time here is “Korean War,” captured on December 4, 1950, an image that features people escaping over the crumbling Taedonggang Railroad Bridge in Pyeongyang, North Korea. The photograph won the Pulitzer Prize in 1951.

The Pulitzer Prize-winning photo and 35 other works of this AP photographer are now on display at the “Capture the Moment: The Pulitzer Prize Photographs” exhibition, a show that opened its doors on June 23 at the Seoul Arts Center in southern Seoul. 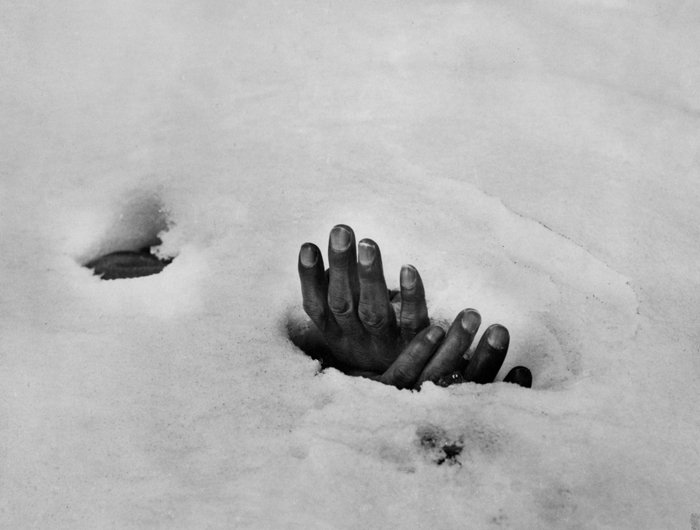 Former AP photographer Max Desfor’s “Reaching Up from a Snowy Grave” is on display as part of the “Capture the Moment: The Pulitzer Prize Photographs” exhibition at the Seoul Arts Center in southern Seoul. (photo courtesy of the Associated Press)

“My photos are a testament to man’s will to survive and to seek freedom, as well as to the horrors of war,” said Desfor. “I hope that people see my work and learn something from them, something inspirational, encouraging them to do something to gain a better life and to build a better world.”

The special Seoul exhibition also features other Pulitzer Prize-winning masterpieces from 1942 until today. Among the total of 234 pieces on exhibit is the 2000 Pulitzer Prize-winning photograph taken by the Washington Post’s photographer Carol Guzy. It captures the moment Agim Shala, 2, is passed through a barbed wire fence as members of his family are reunited at a refugee camp in Kukes, Albania, in 1999. 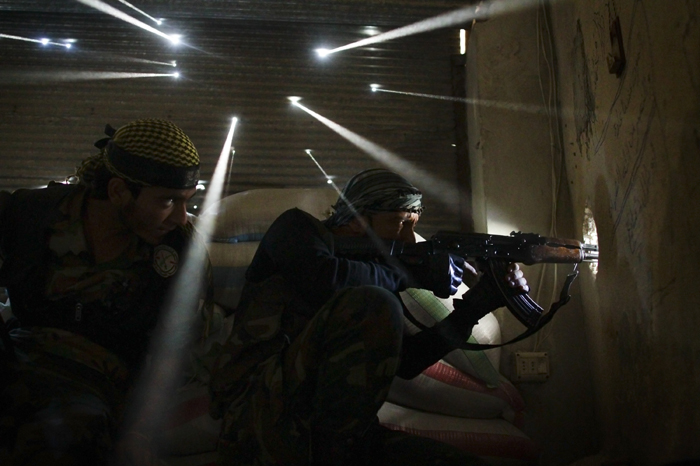 Some of the featured photographs capture the pain and scars of the Vietnam War (1954-75). The 1973 winner, “Vietnam- Terror of War,” was taken by Huynh Cong Nick Ut, an AP photographer. It depicts a girl wailing, running on the street, naked, with a series of burns from a napalm bomb that exploded near her. A then rookie, Ut shot to fame overnight with this now iconic Vietnam War image.

“Since my camera took the picture of that girl, my life, the girl’s life and the lives of the many people who saw the photo have changed a lot,” said the photographer at the opening ceremony of the exhibition on June 23. “That’s the power that just one piece of photography can have.” 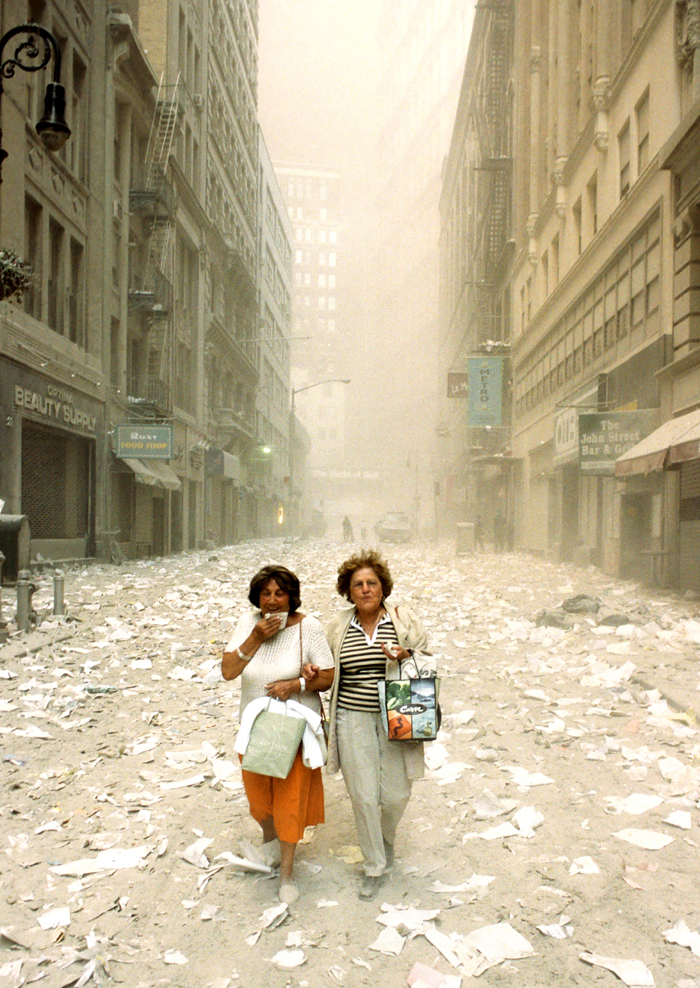 The “Capture the Moment: The Pulitzer Prize Photographs” exhibition unveils for the first time 45 unreleased photographs, among which is “World Trade Center Attack” by photographer Justine Lane of the New York Times. (photo courtesy of The New York Times)

As the highlight of the show, the exhibition unveils 45 until-now unreleased photographs, including the 2001 winner “World Trade Center Attack” which portrays the September 11, 2001, terrorist attacks on the World Trade Center in New York City.

Next to each photograph is a commentary based on an interview with the corresponding photographer. Also, video clips of interviews by Pulitzer Prize-winning photographers are played to help relay the strong message that each photo has been sending throughout the decades.

The exhibition is now in Korea for the third time, following shows in 1998 and 2010. It continues until September 14.