The newest team of bloggers for the Worldwide Korea Blog (WKB), the English-language blog affiliated with Korea.net (www.korea.net), has been launched, ready to serve for a year as the “cultural bridge” that brings together neighbors from around the world.

The Korean Culture and Information Service (KOCIS), part of the Ministry of Culture, Sports and Tourism and publisher of Korea.net, selected a total of 74 bloggers to be members of this year’s WKB team. The selected members vary in nationality from 23 countries, including the U.S., Britain, Canada, Singapore and the Philippines. 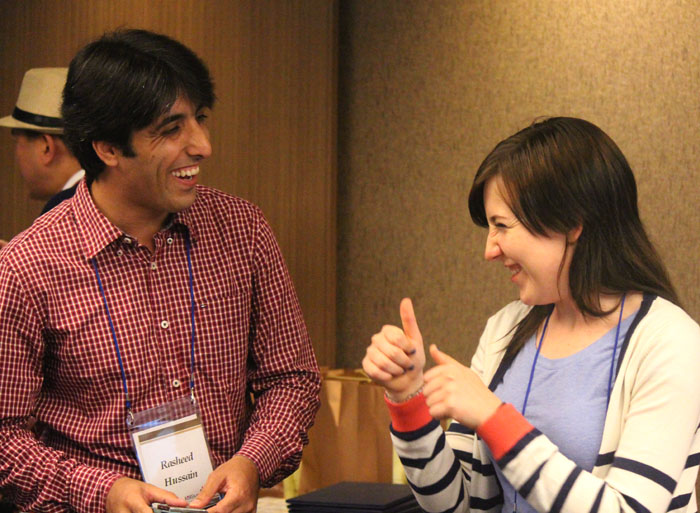 Bloggers Rasheed Hussain from Pakistan and Joanna Darnley from the U.K., both part of this year’s team of WKB bloggers, smile during a welcome ceremony at the National Museum of Korea in central Seoul, on June 20. (photo: Wi Tack-whan)

The new batch, whether based here in Korea or elsewhere, will share their various perspectives online with a global audience, posting about a wide range of Korea-related topics.

Among the 74 writers are 20 existing bloggers who have already garnered a lot of clicks with their creative, intriguing posts about things Korean. They include, among others: Hallie Bradley, an American married to a Korean, who has written about a range of stories concerning her everyday life and international marriage; U.S. blogger Mimsie Ladner, who has contributed posts about her travels across Korea to numerous online channels, including the Huffington Post; and Dale Quarrington from Canada, who is known for his pieces about his visits to Buddhist temples and for his stories about other historical sites. 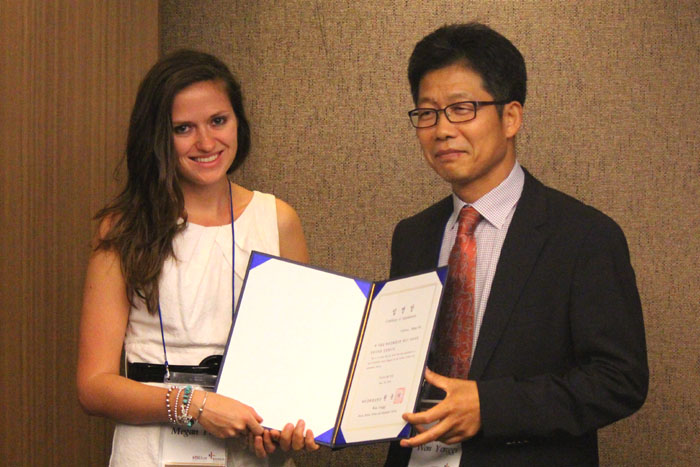 KOCIS Director Won Yong-gi (right) presents a certificate of appointment to Megan Fox, a new member of this year’s team of WKB bloggers, during a welcome ceremony at the National Museum of Korea on June 20. (photo: Wi Tack-whan)

New additions — 54 in total — include Canadian travel blogger Lee Shelley and Indonesian Magdalena Krisnawati, who has a deep knowledge about what caused the hallyu, or Korean Wave, across her homeland. There is also Brice Longnos of France, who fell in love with Korean dramas and films, and Pakistani Fakhar Ud Din, who is getting his Ph.D. in pharmacy at Hanyang University.

“I’ve been here for eight years, am married to a Korean woman and have two cute kids,” said new member Aaron Snowberger, an American who teaches English at Jeonju University, during a welcome ceremony at the National Museum of Korea on June 20. “I really want to change my career and to do so, I have to learn Korean. That’s why I recently started blogging, to get some motivation to study the language.” 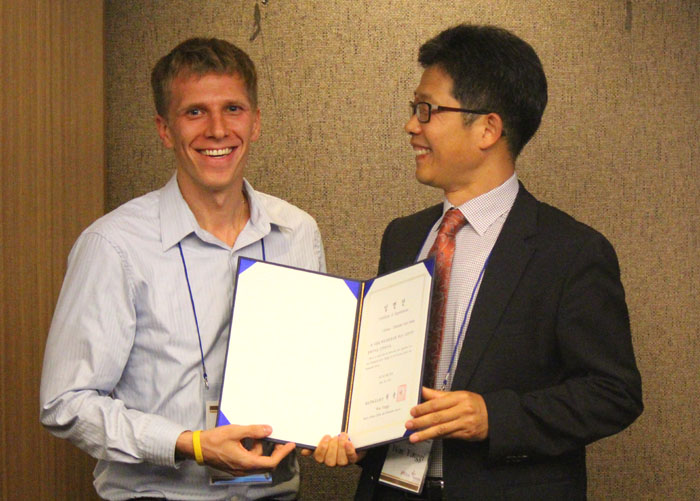 KOCIS Director Won Yong-gi (right) awards a certificate of appointment to U.S. English teacher Louis Sarasin, who will serve as a WKB blogger for a year. (photo: Wi Tack-whan)

“I came to Korea four years ago and I majored in anthropology here,” said U.S. English teacher Louis Sarasin. 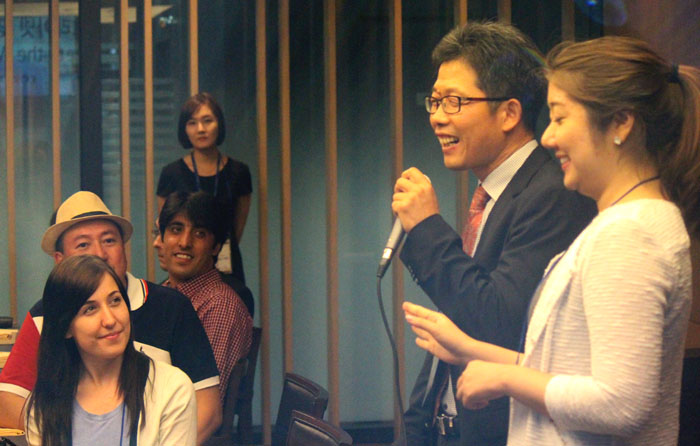 KOCIS Director Won Yong-gi (second from right) gives words of thanks to members of the new team of WKB bloggers, during a welcome ceremony on June 20. (photo: Wi Tack-whan) 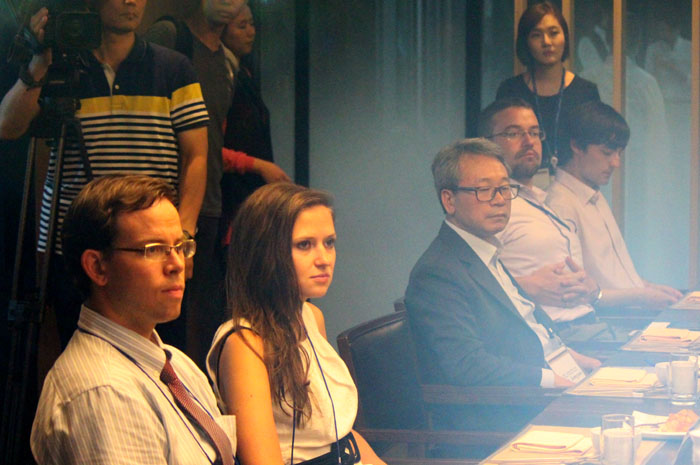 “You bloggers are real supporters and real honorary ambassadors for Korea, as you are at the forefront of introducing and supporting our country,” said KOCIS Director Won Yong-gi in his remarks.

“Twenty years ago, when I was studying in Britain, not many people there knew about Korea. However, now, it is quite different. Especially since Psy’s 2012 sensation ‘Gangnam Style’ hit the country, now I can see many British people approaching me and asking me questions about Korea.”

He continued to say that, “You surely have to be proud of yourself for being part of the WKB team of bloggers. I hope you will write interesting and meaningful posts about things you experience here, and will be actively engaged in communicating with a global audience to help them get a better understanding of what Korea is really like.” 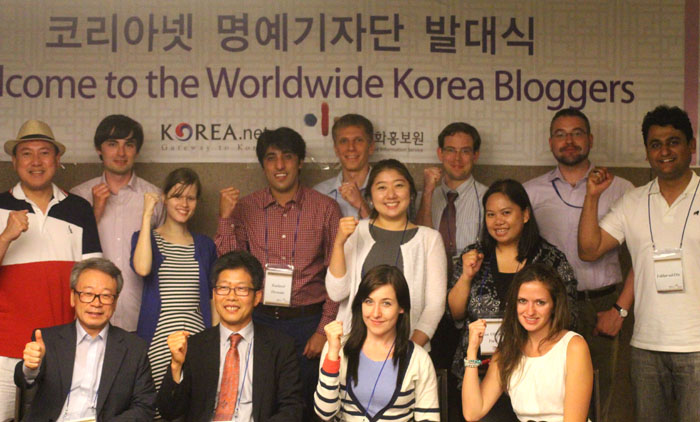 Members of the newest batch of WKB bloggers show their enthusiasm with clenched fists during a welcome ceremony on June 20. (photo: Wi Tack-whan)