Daehangno reaches out to non-Korean speakers

Daehangno, or “University Street,” is one of the most popular districts in Seoul, especially among young students and promising thespians.

The neighborhood is home to many small theaters, where viewers can enjoy novel, creative shows and incredible acting from the talented cast, all at an affordable price.

Now, many Daehangno theaters are reaching out to Seoul residents who don’t speak Korean. They are going global, while staying local, and targeting non-Korean speakers who might wonder what is happening across the street, in a neighborhood full of youth and the arts. 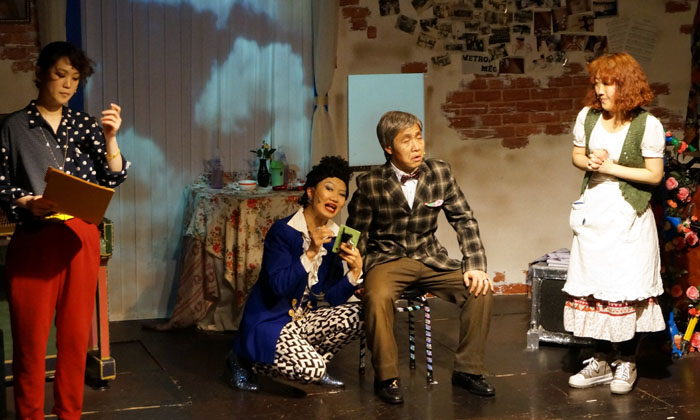 The play “Dancing Grandpa Over Flowers” is underway at the Marronnier Small Theater in the Daehangno neighborhood, in Hyehwadong, central Seoul. (photo courtesy of Vine Production)

The Marronnier Small Theater is leading this internationalization with its performance of “Dancing Grandpa Over Flowers,” as it now provides English, Japanese and simplified Chinese captions for viewers who don’t understand Korean.

Theatergoers who don’t even know what the actors are saying can now understand the storylines, while, at the same time, enjoying the particular vibe that can only be enjoyed at such small Daehangno theaters.

“We recently had quite a few international audience members come to see our performances,” said actress Kim Da-sol. “The captions shown on a screen at the sides of the stage breaks the language barrier, allowing them to really enjoy everything that our show has to offer, both the singing and the dancing, all while still understanding the story.” 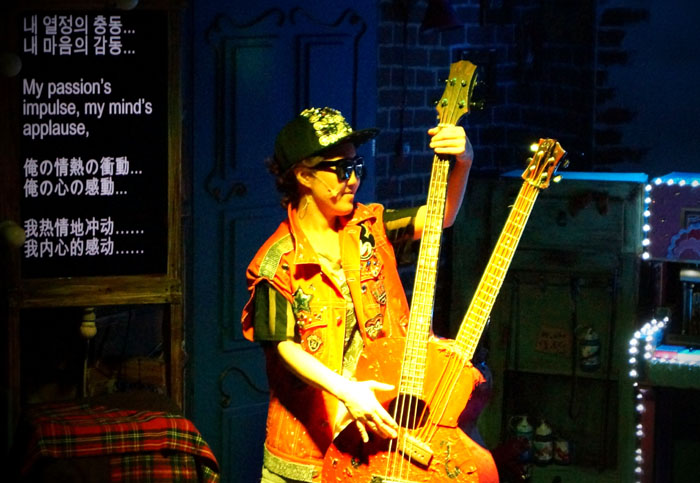 The play “Dancing Grandpa Over Flowers” provides foreign-language captions in English, Japanese and simplified Chinese, as well as in Korean. (photo courtesy of Vine Production)

The play “Dancing Grandpa Over Flowers” is said to give modern, urban residents pause, allowing them to step back and to reflect on their lives, lives that are hectic as they pursue only material gain and yearn for things that give them a competitive edge over their fellow citizen.

It tells the story of an elderly man who dreams of becoming a famous dancer, a dream that people around him think is ridiculous. One day, his worried daughter-in-law visits Tuning World, a company that receives and deals with any kind of request from its customers.

The daughter-in-law asks Tuning World to “tune” her father-in-law, to “help” him give up on such an absurd dream, to get back to “normal” and to simply live the rest of his life. She offers KRW 1,000,000,000 if the request is met. 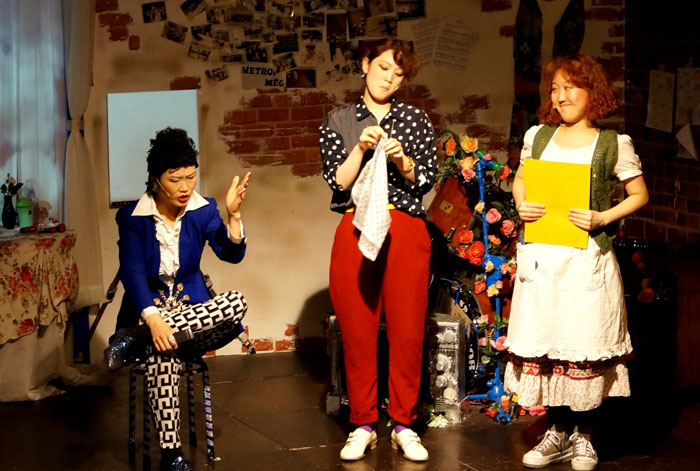 A scene from the play “Dancing Grandpa Over Flowers.” (photo courtesy of Vine Production)

Tuning World employees try every possible means to “fix” the elderly man, by putting him under all kinds of music and dance treatments. All they have in mind is the KRW 1,000,000,000 reward. None of their attempts, however, can stop the ambitious, happy dancer. He is a man who enjoys every moment of his life, dancing and dancing, in stark contrast to the ordinary people around him, like the workers whose lives are a rat race as they chase only material wealth.

Suddenly, the workers find themselves looking back on how they lived and they reflect on what were their life goals. They realize that no matter what he is told, the elderly man is a happy person who follows his heart.

“At first, I was a bit worried that the story might sound boring and clichéd, but it abounds with lots of things to see and to laugh about, and, of course, it delivers an important and positive message about our lives,” said actor Yoon Seong-pil, who plays the dancing elderly man. 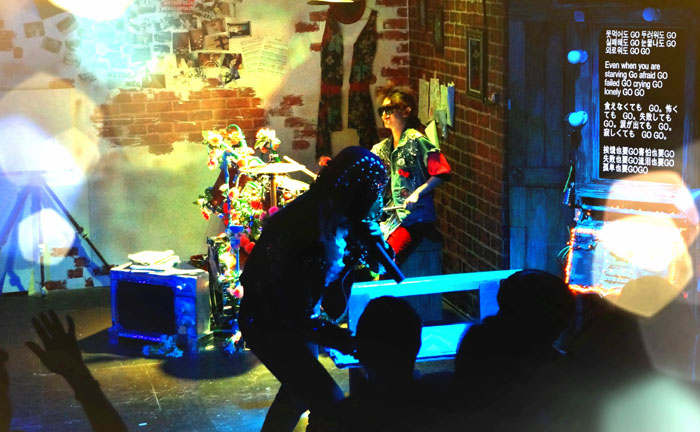 “Dancing Grandpa Over Flowers” includes captions at the side of the stage, expanding its potential viewership to non-Korean speaking circles. (photo courtesy of Vine Production)

The show will continue until December 31 at the Marronnier Small Theater in the Daehangno neighborhood, in Hyehwadong, central Seoul.